Police blocked off traffic and used a taser twice to try and subdue the knife-wielding man.

When police went to check on a disturbance in El Cajon Sunday night, it ended in the shooting of a man.

Police went to Second Avenue and Main to check out a dropped 911 call when they made contact with the man, in his fifties, who was standing in traffic. 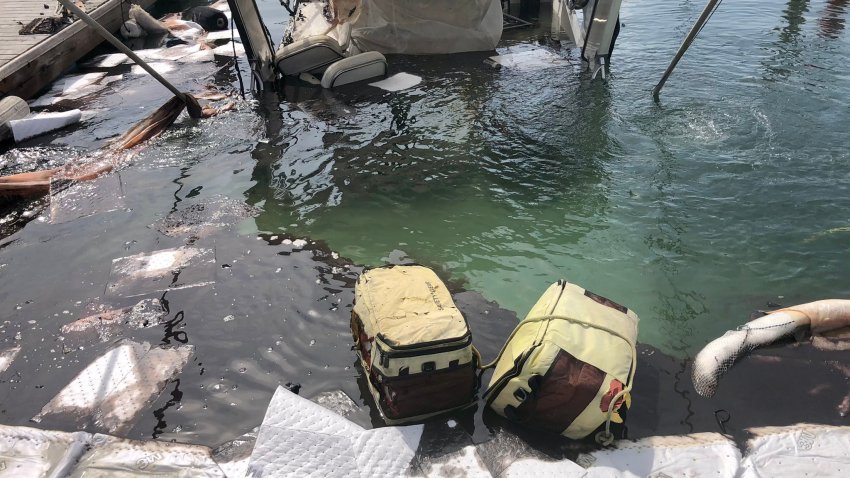 Officers say the man, who seemed incoherent and agitated, pulled out a knife and continued walking south on Second Avenue toward Madison.

Police blocked off traffic to keep him from being hit. Officers struggled with the man while trying to get him out of traffic and the knife out of his hands.

Officers used a taser twice. According to police, the suspect lunged at one of the officers with the knife.

The officer discharged his gun.

Witness Jose Moreno described what he saw at the scene.

"They had their guns out trying to tell him to back away. He didn't back away. He was walking towards them and then they shot him, three to four shots. I saw the smoke coming out of the gun. It was really shocking, it was crazy," he told NBC 7.

Another witness Leonel Salvador thought the gunshots were cherry bombs.

"I thought they were cherry bombs but then I came outside, and then I saw cops coming," said Salvador.

The man was taken to the hospital. The severity of his injuries was not known. El Cajon police are investigating the incident. The name of the victim has not yet been released.

Officers involved in the shooting were wearing body cameras. The video of the shooting is being held as evidence in the investigation.