Padres Should Aim At Small-Ball Approach in 2016

I’m no lawyer, but allow me to make an early opening statement on how the Padres should step into the batter’s box for the 2016 season.

Attendance was sparse at Petco Park Tuesday as the 4th-place Padres eked out a 2-1 victory over the last place Colorado Rockies.

An old-fashioned pitcher’s duel by two young rookies turned into a roller-coaster ride in the 9th inning. Pinch-hitter Brett Wallace did enough to plate Cory Spangenberg with the game-winning run. 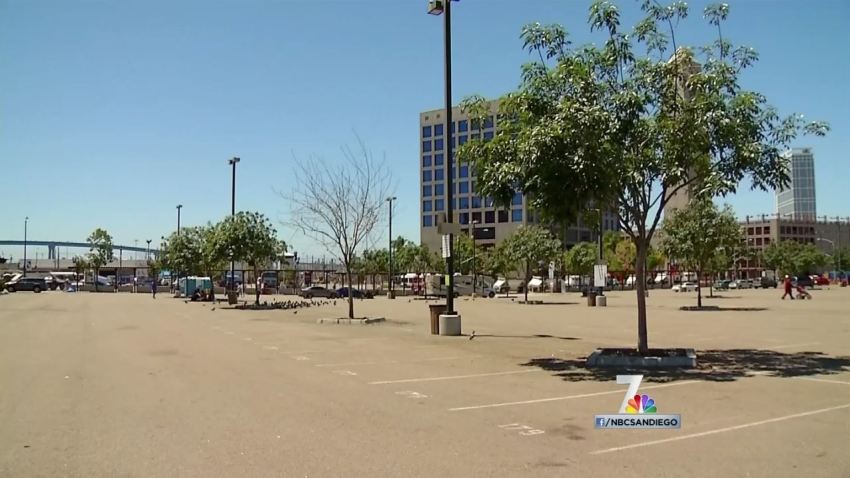 What struck me the most watching this game was how the small ball approach can work in America’s Finest City.

Yes of course it’s easy to win games when everyone on your team is bashing homers or when Wil Myers sends a majestic drive towards the Western Metal Supply Company building.

But when the ball stays in the yard or your team is struggling to score (as we’ve seen a few times this year), productive outs are crucial.

The Padres have been shut out 17 times this season – the most in the majors – and were blanked on 19 occasions in 2014. Really the only Home Run Derby we should expect to see in San Diego is the one scheduled during next June’s All-Star festivities.

In Petco Park, the Padres need to commit to a small-ball approach to become a consistent winner. Here are a few examples of why I think they are on the right track in this department.

Iowa native Colin Rea turned in his best outing as a Padre against Colorado. He danced around the plate with his control for 7 shutout innings and finished with more balls (49) then strikes (47) but was able to tiptoe his way out of trouble on multiple occasions. He left the bases loaded in the second by striking out his counterpart Jon Gray.

You could almost hear him exhale from the press box after rookie Travis Jankowski tracked down Charlie Blackmon’s deep fly ball at the warning track to end the 5th. He struck out 4 and allowed only 2 hits to offset his high pitch count and 3 walks.

The goal is for Rea to be on the bump every 5th day for years to come in San Diego with many more quality starts just like this.

The Friars also played mistake-free baseball Tuesday with zero errors behind Rea. Playing in a pitcher’s park and keeping a low ERA is crucial if you are going to adopt a small-ball approach. It starts with the pitchers and then the fielders being able to cover lots of ground without giving away extra outs.

Exhibit B: Put yourself in position to score runs with productive outs

This isn’t breaking news, but the Padres haven’t had many players bat over .300 since Tony Gwynn retired. That’s especially true over the last couple seasons.

So when you get runners on 1st or 2nd with zero or only 1 out – why not sacrifice an out you may make anyways to move a teammate into scoring position more often?

In the bottom of the 5th inning, Derek Norris worked a walk and was bunted over to 2nd by Rea. With two outs, Jankowski lined a potential RBI single to centerfield but it ended up in Blackmon’s glove. Even though the Padres did not score that inning, they still put themselves in position to score despite not having a base hit all inning.

In the 9th inning, Clint Barmes bunted Cory Spangenberg over to 3rd after the second baseman led off the frame with a double. It’s an underrated play by a long-time veteran and well-respected player who’s been doing the little things for years for multiple franchises.

That sac bunt put the pressure on the Rockies with a runner on 3rd and only one out setting the stage for Wallace.

Speaking of setting the stage, did you know that the Padres actually own the 5th best steal percentage in MLB at 76 percent?

The Padres didn’t swipe any bags in this particular game but Justin Upton does have 19 steals to his name. Jankowski fits that mold too from the small sample size we’ve seen so far.

But if you’re stealing a base 3 out of every 4 times you try, maybe you should push the envelope more often.

Exhibit D: Have a closer you trust – even when he makes a mistake

Even with the blown save, Craig Kimbrel certainly has held up his end of the bargain since coming to town. Kimbrel is a Top 5 closer dating back to his days with the Braves.

With the exception of the one pitch Kimbrel wishes he had back against Rockies slugger Nolan Arenado, he hit 98 mph on the radar gun and made Carlos Gonzalez look silly.

Kimbrel is so good that most Padres fans thought this game was locked up with 2 outs in the 9th. You could hear the shock in Dick Enberg’s voice when Colorado’s star first baseman crushed his league leading 37th homer to deny Kimbrel the save and Rea the victory.

"I'm not shocked, Nolan is a great hitter," Padres interim manager Pat Murphy said. "Craig didn't put that pitch where he wanted to. Nolan kind of had that look in his eye when he came up to the plate. In my mind, Craig is one of the best closers in the game."

Here’s to hoping San Diego keeps Kimbrel and does not pawn him off for prospects when you already know he is an elite closer.

It’s only one game and one victory. It was far from perfect. But some of the ingredients for a winning small-ball formula were evident.

And If the Padres want to be one of the best teams in the game, they need to fully embrace that approach and tweak their roster by adding more players that fit that mold.