The homeless man who found the body of a missing 3-week-old girl as he picked through a dumpster south of San Diego was "mad as hell" that anybody would hurt a newborn, he told NBC 7.

Harold Sherman found Eliza Delacruz dead in a bag of trash behind an Imperial Beach shopping center Sunday, a day after the baby's parents and uncle were shot and wounded in their Long Beach home.

"It hit me: That's a baby — that's a baby, man," Sherman, better known in the neighborhood as Freddy, told NBC 7 of the moment he realized what he had found. "My conscience wouldn't let her go."

Police are asking for the public to help find Eliza's killer and have offered a $25,000 reward for information on who left her in the dumpster.

"I'm still freaked out by what happened. I could not let that be the child’s last resting place,” Sherman said.

Sherman regularly picks through dumpsters for cans, and the dumpster where he found the newborn, behind Giant Pizza King at Palm Avenue and Rainbow Drive, is on his regular route. 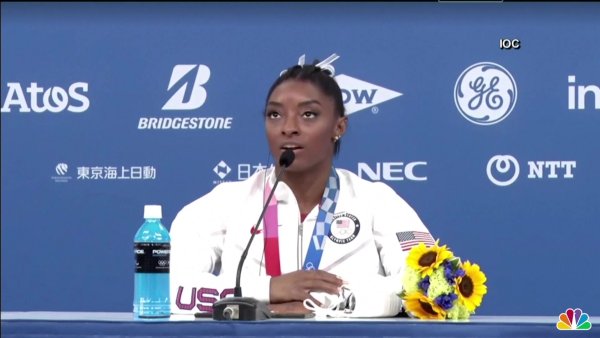 On Sunday, as he ripped trash bags open to scan for cans, he found what looked like a baby doll. But when he touched the baby, her skin was ice cold.

It was then Sherman realized he had found a dead baby.

NBC7 speaks with the man who found baby Eliza in a dumpster in Imperial Beach.

Sherman said he had to get out of the dumpster and sit down for a minute to take it all in and to try and understand how anyone could throw away a baby.

At first, he was afraid to tell anyone about the baby, because there is a steep fine for canning in dumpsters — but he decided against keeping quiet, because it was the right thing to do.

Sherman's good friend Marrianne, weakened by a stroke, called him a "kind soul" and said he still comes to her home to help around her house.

“He tries to keep up some of the plumbing and things like that for me," Marrianne said.

"A flush of emotion came over me," Sherman said. "I got my cart and my bike, and I came over to the next dumpster and sat down and it just — it hit me. That’s a baby. That’s a baby, man, and what's a baby doing there, you know? How could that happen? How would anybody just do that?"

Police say the baby was taken from her Long Beach apartment Saturday. Investigators are trying to track down the man they say shot her parents and uncle, then grabbed Eliza.

How she ended up in the seacoast neighborhood of Imperial Beach is still a mystery. Well-wishers have been stopping by a growing memorial to bring by flowers as they mourn the child.

“Sickening, just sickening and to think that this happened in our neighborhood, it's horrible,” resident Thea Draude said.

But the discovery of Eliza’s body is a lead for detectives working around the clock to find her kidnapper, and perhaps much more.

“God bless him — for not only the baby but for the parents, at least they don't have to stay wondering,” IB resident Michelle Nunez said.

Detectives are hoping to find more clues on security video to lead them to who might have taken her.

Little Eliza’s story has crushed the hearts of Imperial Beach residents , but none so profoundly as the man who found her. NBC 7’s Dave Summers tracked down that man and filed his report.