The reporters behind the NBC 7 Responds team; Tom Jones, Dorian Hargrove, Bob “Consumer Bob” Hansen, Erica Byers, and Mark Sackett; in addition to Voice of San Diego’s Ry Rivard, were honored with the award for their investigation into billing complaints against the San Diego’s Water Department.

"For nearly 75 years, the Taxpayers Association has been holding our local government to account, and we're happy to honor those who are doing so exceptionally well through the Golden Watchdog awards,” said SDCTA President and CEO Haney Hong. 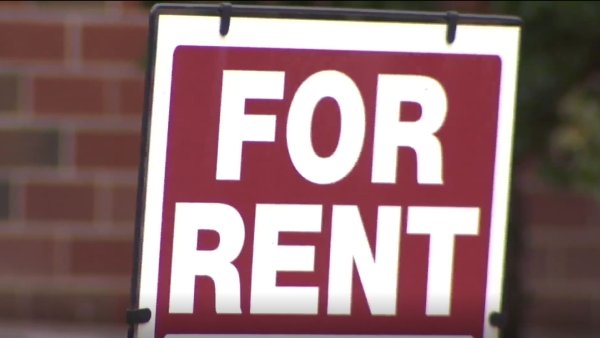 Part I of Flood of Distrust, an NBC 7 Responds Special.

The story started with a trickle of billing complaints in 2017 and quickly surged into a flood of allegations of over-priced water bills.

NBC 7 Responds' investigation into billing errors led to the discovery of faulty water meters and a lack of transparency over the City of San Diego’s multi-million-dollar smart meter program. The team discovered a “glitch” in some San Diego water meters that significantly increased at least one customer’s water bill.

Three audits were ordered by San Diego Mayor Kevin Faulconer: one on the rash of high water bills, another on the smart water meter program, and a third on the department’s customer service division. A fourth audit also discovered a major backlog of broken meter boxes and lids.

The first two audits blamed crews in the field for the water department’s problems.

Part II of Flood of Distrust, an NBC 7 Responds Special.

A former supervisor for the Public Utilities Department told NBC 7 Responds and Voice of San Diego he would blame the management instead.

Tony Leyva said a major reason behind so many complaints about bills came down to a decision made by management to extend the last bi-monthly billing period of 2017 from 60 to 70 days. Leyva said he and others voiced concerns about this plan beforehand but claimed management went forward with it anyway.

The discovery resulted in more than half of a million dollars to be paid to the city’s Public Utilities Department customers in 2018 for what the city refers to as “exceptional high bill adjustments.”

Part III of Flood of Distrust, and NBC 7 Responds Special.

In April 2018, the Public Utilities Department vowed to re-read 99.8 percent of its water meters.

And less than a year later, in February, the City of San Diego announced a major overhaul for its water department, including new management to oversee the customer service division and a restructuring of the division that oversees water meter reading and the city’s smart meter or advanced metering infrastructure program.

In addition, the department’s assistant director, two deputy directors and two program managers are no longer working for the city, a spokesperson confirmed.

Other watchdog award winners included San Diego Rapid Response Network for its work with sheltering migrants, the City of San Diego for its reform of housing policies, and the County of San Diego for shifting to a less punitive approach to juvenile justice, according to SDCTA. To view a full list of winners, visit SDTCA’s website.

The award show was hosted at the Hilton San Diego Bayfront.

SDCTA is a nonprofit that, for the last 73 years, has advocated for an “accountable, cost-effective, and efficient government.” To learn more about the nonpartisan organization, visit its website.

Part IV of Flood of Distrust, and NBC 7 Responds Special.