Margaret Hunter, who pleaded guilty along with her husband former Rep. Duncan Hunter to misusing hundreds of thousands of dollars in campaign funds, has been sentenced to eight months in home confinement.

The former East County Congressman's wife, who also acted as his campaign manager during much of the time prosecutors say the pair improperly spent campaign funds on personal expenditures, pleaded guilty to a conspiracy charge more than a year ago.

More on the former Congressman's case. 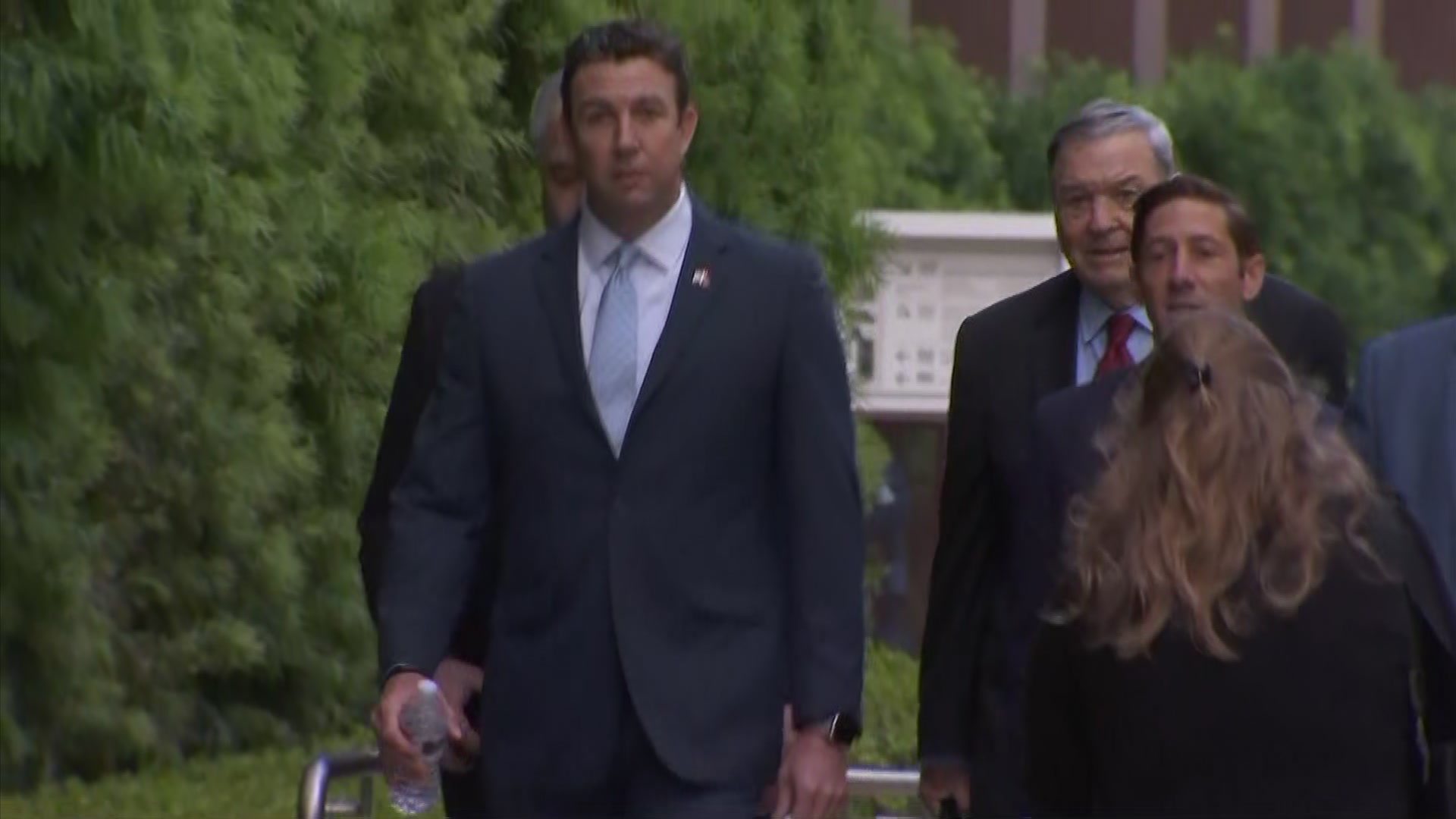 Ex-Rep. Duncan Hunter's Prison Term Delayed Until Next Year Due to Coronavirus

Conover acknowledged that although Margaret Hunter's crimes were significant, her cooperation helped immensely with the case.

Without her cooperation, we may have had to have gone to trial and proven this in a court of law with a judge and a jury," Conover said on Monday. "But because of her cooperation, many of the facts were much more accessible to us."

Duncan Hunter, whose attorneys also sought home confinement, was sentenced in March to 11 months in federal prison but has yet to serve any of his term as the COVID-19 pandemic led to a postponement of his self-surrender date. He's not expected to report to prison until possibly as late as January.

The couple was indicted in 2018, charged with unlawfully spending hundreds of thousands of dollars on family vacations, restaurant and bar tabs, clothes and other frivolous expenses over the course of several years, while falsely stating to staff that the purchases were campaign-related.

Prosecutors said that despite their lavish spending, the couple were in dire financial straits, overdrawing their bank account more than 1,100 times over a seven-year period.

NBC 7's Danny Freeman breaks down the former Congressman's sentence, and shares reaction from his father.

Prior to his plea, Duncan Hunter repeatedly and publicly denied wrongdoing. He attributed more than $1,000 in video game purchases to his son, while later suggesting his wife may have been responsible for the misspending, as she was the campaign manager and in charge of those finances.

He later accused the U.S. Attorney's Office of a politically motivated prosecution, saying some of the lead prosecutors in his case attended a fundraiser for Hillary Clinton's campaign. He alleged the prosecution targeted him because he was one of the earliest supporters of Donald Trump's campaign.

Amid the charges and public allegations, Hunter was re-elected in November 2018 with 51.7% of the vote in the 50th Congressional District, despite being indicted three months prior. He was first elected in 2008, succeeding his father, who held the congressional seat for 28 years.