Marathon hearing ends in a no for convicted rapist.

California parole officials rejected a plea on Tuesday from a quadriplegic convict who had hoped to become the first state prison inmate released under a new law aimed at cutting the number of inmates and the cost of care in the nation's largest state prison system.

Corcoran State Prison inmate Steven Martinez, a 42-year-old convicted kidnapper and rapist, qualified under the law that took effect this year because he was left paralyzed when his spine was severed in a knife fight with other inmates 10 years ago. He's served 12 years of a 157 years-to-life sentence.

However, parole board Commissioner John Peck said after a four-hour hearing that the 42-year-old inmate "would pose an unreasonable threat to public safety'' because he has said others could carry out his repeated threats against prison nurses and guards. 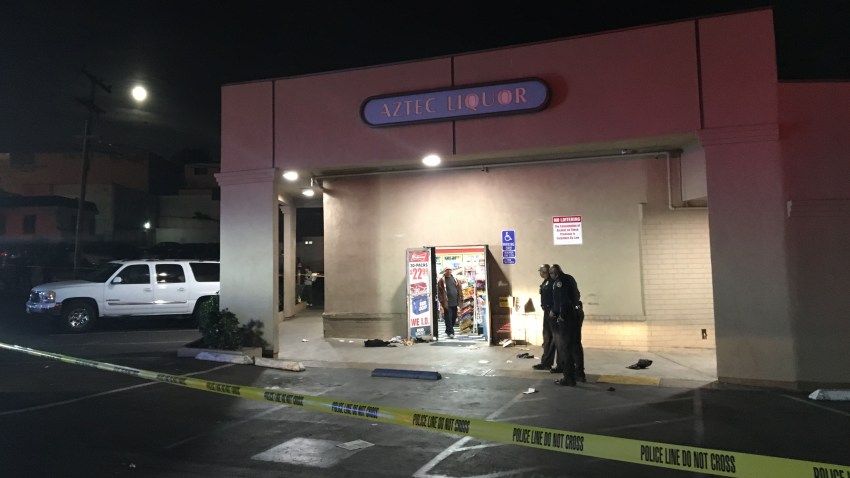 Martinez's medical care has cost taxpayers about $625,000 a year, according to court documents. His attorney, Ken Karan of  Carlsbad, said the state also paid his client $750,000 in damages after Martinez suffered a severe pressure sore requiring six months of treatment at an outside hospital.

Once paroled, about half of most inmates' medical costs could be paid by the federal government through Medicare or Medicaid.

Moreover, the state would no longer have to pay to guard  incapacitated inmates who require care at medical facilities  outside of prisons.

The first medical parole hearing came a day after the U.S.

Supreme Court ordered California to lower its prison population by  about 33,000 inmates over two years to reduce prison crowding and improve treatment of physically and mentally ill inmates.

However, only about 50 inmates are likely to be initially  eligible for medical parole, many fewer than lawmakers had anticipated when they approved the law last year. The savings also  are projected to be much less than legislators had hoped as the state struggles with a lingering $10 billion budget deficit.

"What we've been doing is spending money and not getting anything for it. We have a man in prison who can't hurt a fly and we're spending hundreds and thousands of dollars I think it's around over $600,000 a year to guard this man when he can't do anything but annoy somebody,'' Karan argued. "'Vengeance for  vengeance' sake is a luxury we can no longer afford.''

He declined comment after the two parole commissioners ruled against releasing his client from Corcoran, which is in the southern San Joaquin Valley between Fresno and Bakersfield. The prison also is home to 1960s cult killer Charles Manson.

Richard Sachs, a supervising deputy district attorney in San Diego County, told commissioners that even a paralyzed Martinez  remains a danger because he can order others to carry out his threats.

The state's new medical parole law can save the state millions without compromising public safety, said Sachs but not in Martinez's case.

Though Sachs acknowledged that Martinez is a prisoner in his own body, "he's willing to threaten other people with physical harm, and if he can't do it himself, which is obviously the case...he's made it very clear he can find, in his view, other people to commit crimes for him."

The state Board of Parole Hearings twice rejected Martinez'petitions for compassionate release after he verbally abused and threatened his prison nurses.

Compassionate release is a separate state law that ends prison sentences for inmates who are permanently incapacitated or who are projected to have less than six months to live.

Under medical parole, freed inmates still have to follow conditions set for their release. They can be returned to prison if they violate parole rules or if their medical conditions improve.

The law excludes those facing the death penalty or life without parole.

Thirty-two other states and the District of Columbia have similar medical parole programs.

Under California's law, inmates must have been permanently incapacitated while in prison, meaning they require 24-hour care and cannot perform activities of basic daily living. They must be released if the Board of Parole Hearings determines they would not reasonably pose a threat to public safety.

Karen said nine state legislators submitted a letter on Martinez's behalf, and his victim didn't object to his release. But more than 40 nurses at Corcoran sent a letter complaining that Martinez is continually abusive despite getting extraordinary care and individual attention devoted to no other inmate. Parole commissioners denied Martinez a chance to attend the hearing or speak on his own behalf.

Prison doctors have so far identified 40 inmates they say meet the criteria, though they are still looking for others. Freeing all 40 would save the state less than $5 million annually in outside medical costs, plus about another $5 million to guard the inmates around the clock, said Nancy Kincaid, a spokeswoman for the federal court-appointed receiver who controls medical care in California prisons.

Hearings have been scheduled for five more inmates in June.

Three more inmates are set for hearings at other prisons. They are Juan Garcia Sandoval, 78, serving a 27-year sentence for a Merced County murder; Craig Alvin Lemke, 48, serving 68 years for a Lake County robbery; and John Joseph Swesey, 72, serving 24 years from San Luis Obispo County for burglary, making terrorist threats and possessing a firearm as a felon.