Since the start of the pandemic, dozens of fundraisers have appeared on the popular crowd-funding website GoFundMe asking for donations to pay for a loved one’s funeral. Each family has a different story, but they all have one thing in common: the inability to afford a proper burial.

“I can't even imagine where we would've been had we not had GoFundMe," said Carol Althoff. 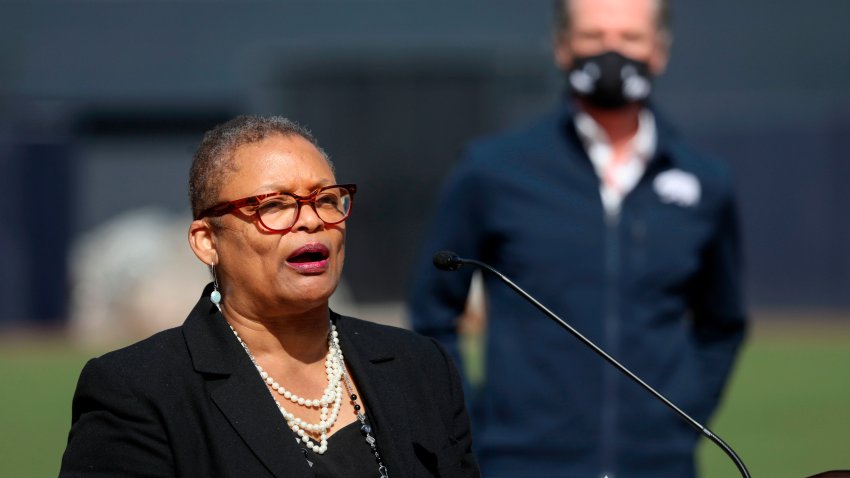 “I think I just spent months in awe like, ‘wait a minute, how did we get here,” said Althoff.

Williams was a few days short of 55. He was a well-known spartan race athlete from Chula Vista who loved fitness.

“Everybody was stunned,” said Althoff. “His teammates, his friends, his work, all of us.”

After just 11 days in the hospital, Williams passed away. He left behind four young adult kids and Althoff. But along with the grief, William's death also took a financial toll on the family. The bill for his funeral was over $5,000.

“Thank God that he did have the friends that he did,” said Althoff. “We were extremely lucky. We did do a GoFundMe and the money paid for his funeral.”

But not everyone is so lucky.

“How do other people pay for this when they may have lost their business, their job or are in really reduced hours at work?” said Althoff.

Data shows communities that have been hit especially hard by COVID-19 are also hard-hit financially.

National City's COVID-19 case rate remains the highest in the county. According to U.S. Census data, 18.3% of the city's population lives in poverty.

Fortunately for low-income families, help is on the way.

On Monday, FEMA confirmed they will be offering reimbursements for funeral expenses up to $7,000. The money comes from the December COVID relief bill.

It hasn't been announced when the application process will begin, but for families struggling to make it by it offers a sense of relief.