The preliminary hearing of the daycare molestation case continued Wednesday morning.  The prosecution put Detective Sylvia Vella on the stand.  She's been in the child abuse division of the San Diego Police Department for four years.  She's been a cop for 18.  And she's investigated approximately 500 cases, prior to the Kaczmarczyk case, according to her testimony.  That included some cases where the children were not verbal.

Anita Kaczmarczyk operated a daycare out of her apartment that she lived in with her husband.  Both she and her husband Mark now stand accused of sexually abusing children who were in their care.

Part of Vella's testimony centered on what one mother said on the stand yesterday.  The mother told the court that when she brought her daughter home one day she discovered bruising on her genitals.  The next day she took her to her doctor and to the ER at Rady Children's Hospital.  Vella met the family at the hospital and interviewed the parents separately.

Det. Vella also testified that she went to the Kaczmarczyk's apartment the next day, to look at the layout.  She observed a condom in its wrapper on the dresser in the master bedroom -- where all family member slept.  She also observed baby furniture in a smaller room in the two bedroom apartment. 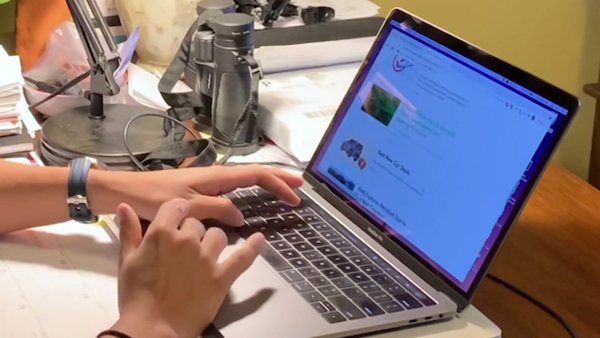 Vella didn't execute the search warrant herself, but she described what was seized: the diaper pail, and all diapers, even those in the dumpster; and towels.  She said they wanted to make sure there was no blood in the other diapers since that was what the first mother had claimed.

On September 6, 2007, Det. Vella interviewed another parent whose son was enrolled at the daycare.  He was two and a half, and attended for three months.  She said Mr. Kaczmarczyk was "very involved" in the daily operation of the daycare.  And made several comments to her that made her uncomfortable -- about how pretty she was.  On June 29, 2007 she noticed the tip of her son's penis was black and blue.  When she called the daycare, inquiring about what happened, the detective testified, this mother got conflicting stories.

On November 11, 2007, Det. Vella interviewed another mother with an infant boy at the Kaczmarczyk daycare who noticed a scratch on her boy's testicles extending towards his anus.  She also said she didn't like the way Mr. Kaczmarczyk spoke to her about her appearance.  And that a couple of times, he had been walking around with a towel wrapped around his waist.

There are a total of six parents making complaints against this daycare, according to Det. Vella.

On cross-examination, it was clarified that when the diapers seized from the apartment were processed, no genetic match to Mr. Kaczmarczyk was found.  And that in the pictures of one boy's genitals, it was hard to tell if there was a scratch or not because the photo was blurry.  The possibility was raised that the boy could have done this to himself by accident, "exploring."

More witnesses are expected to take the stand before the judge decides if there is enough evidence to move the case to trial.