Pregnant and Hospitalized With Coronavirus: A Story of Recovery

For coronavirus patients on ventilators, the odds of recovering can be low. One pregnant San Diego woman not only made it out of the intensive care unit after being intubated, but is now safe at home with her soon-to-be family of four.

NBC 7 San Diego first learned about Ashley Duque from her husband while she was in the hospital. Ashley and Diego Duque and their 2-year-old daughter Ana had been looking forward to welcoming another member to their family.

After testing positive, she was first sent home to self-isolate, but a week into her diagnosis she still wasn't better. 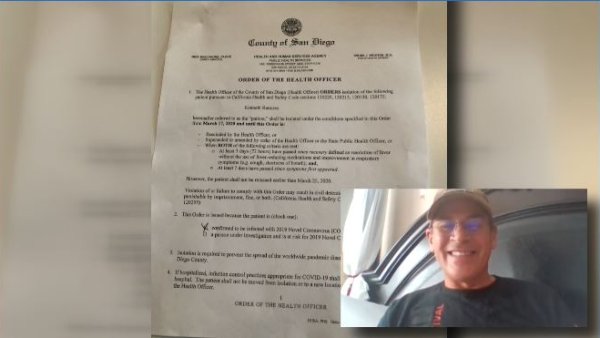 After several trips to the emergency room, she was admitted to the intensive care unit at Kaiser Permanente San Diego Medical Center -- 15 weeks pregnant.

“On the 26th, I finally came downstairs and I told my husband I was driving myself back to the ER because I couldn’t breathe,” she said. “I wasn’t going to have him drive me because it was my daughter’s bedtime.”

During her hospital stay, she spent four days on a ventilator in a medically induced coma.

Ashley Duque has since recovered and was allowed to leave the hospital on Friday, April 10. Now she is telling her own story that is nothing short of amazing.

“Being wheeled out in a wheelchair, out of the hospital after 16 days and seeing my husband. It was the most amazing, amazing thing ever,” she said. “I didn’t get to hug him and I really still haven’t been able to hold him.”

Back at home, Diego Duque and their 2-year-old daughter prayed for her and the baby’s health.

Thankfully, Ashley Duque said she had a daily reminder of what, or rather who, she was fighting for in the hospital.

“Hearing my baby's heartbeat every single day. Not everyone is blessed with that during pregnancy,” she said.

When she woke up, she said she learned the whole world knew about her pregnancy. As of this publishing, she said was about 18 weeks pregnant.

She said she has not been retested for the virus and is keeping away from her daughter and husband until a doctor can clear her later this week.

“Continue to socially distance,” she said when asked if she had a message for people. “If I could stay away from my daughter, who is the love of my life, for a month, then you can stay away from a bar for a little bit.”

Ashley Duque is also a restaurant manager and said she hopes to get back out there and help her team get through this pandemic.

A pregnant woman is fighting for her life against the coronavirus in the ICU. NBC 7's Gaby Rodriguez reports.