The Coast Guard filed criminal charges Thursday against four members of the service involving the collision of one of its patrol boats and a civilian craft that killed an 8-year-old boy and injured five other people on San Diego Bay.

The Coast Guard said in a statement that four petty officers were recommended for courts-martial on charges that include involuntary manslaughter, negligent homicide and dereliction of duty.

The collision occurred the night of Dec. 20 as boats were gathered in San Diego Bay for an annual Christmas parade of decorated boats. Witnesses had said the 33-foot Coast Guard boat was speeding when it collided with a 26-foot Sea Ray pleasure boat.

The charges were brought against the four boat crew members under the Uniform Code of Military Justice. Rear Adm. Joseph Castillo, commander of the 11th Coast Guard District, was named as the convening authority in the case.

Alan DeWeese, 44, of San Diego told The Associated Press he tried to get out of the way of the Coast Guard boat he estimated was traveling between 30 to 40 knots. DeWeese believes he was moving at 2 to 3 knots.

"I thought he was going to turn at some point," DeWeese said. "He came up so fast I didn't have time to react."

"The harsh sound of the collision could be heard clear across the bay over the parade boats blowing horns and playing Christmas music," witness Roger Parrish wrote in an e-mail sent to NBCSanDiego.

Anthony Cole DeWeese was first taken to Harbor Island, where paramedics tried to revive him. He was later pronounced dead at UCSD Hospital.

"He enjoyed life to the fullest," the boy's father said Monday.

Two other children, ages 3 and 4, were taken to Rady Children's Hospital, and three adults were transported to University of California, San Diego Medical Center.

The case will proceed to a military process called an Article 32 investigation, similar to a grand jury in civilian courts. 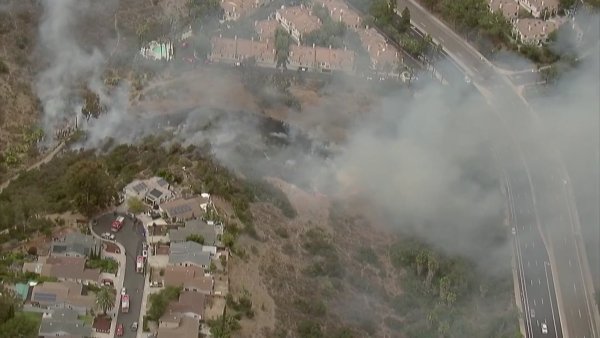 The family has filed a suit in connection to the incident. In that lawsuit against the federal government, the plaintiffs are accusing Coast Guard leaders of knowing that the boat's crew wasn't properly trained and supervised because of one or more prior incidents.