The California Highway Patrol Thursday recognized six good Samaritans who assisted officer Antonio Pacheco after he was shot during a traffic stop on Interstate 8 in Mission Valley in April.

The men were honored by CHP commissioner Amanda Ray for their quick thinking and received a standing ovation from a crowd full of CHP officers and their families during a ceremony at Sonrise Church in Santee.

Yousif was one of the first to arrive at the scene. He and others held the suspect down at knifepoint, then he went to Officer Pacheco and helped him call his wife because that's what he wanted.

"I can hear her, she was on the speaker. He told her he got shot and she started screaming," said Yousif. "The call was probably a good 10 seconds and he had to hang up as he was in horrible pain."

The CHP says Pacheco is in good spirits but has an extensive recovery process ahead of him.

Video shot by bystander Lilia Pineda shows good Samaritans showing up to help the CHP officer who was wounded in the shooting.

"If that would have happened to me, the officer would do the same to me and I would do it again and again," said Yousif.

The group of heroes also included a nurse, Hunter Nemeth, who applied a tourniquet to Pacheco's leg to stop it from bleeding.

Floriberto Pineda Zayago also helped detain the suspect. The carpenter says he would do it again.

"When I saw they were fighting, I told my wife and she stopped the car and then I ran right away to the police to help," said Pineda Zayago.

The suspect Yuhao Du, 25, faces charges of attempted murder of a peace officer, taking a firearm from an officer and causing great bodily injury. Du pleaded not guilty by reason of insanity during his arraignment hearing. 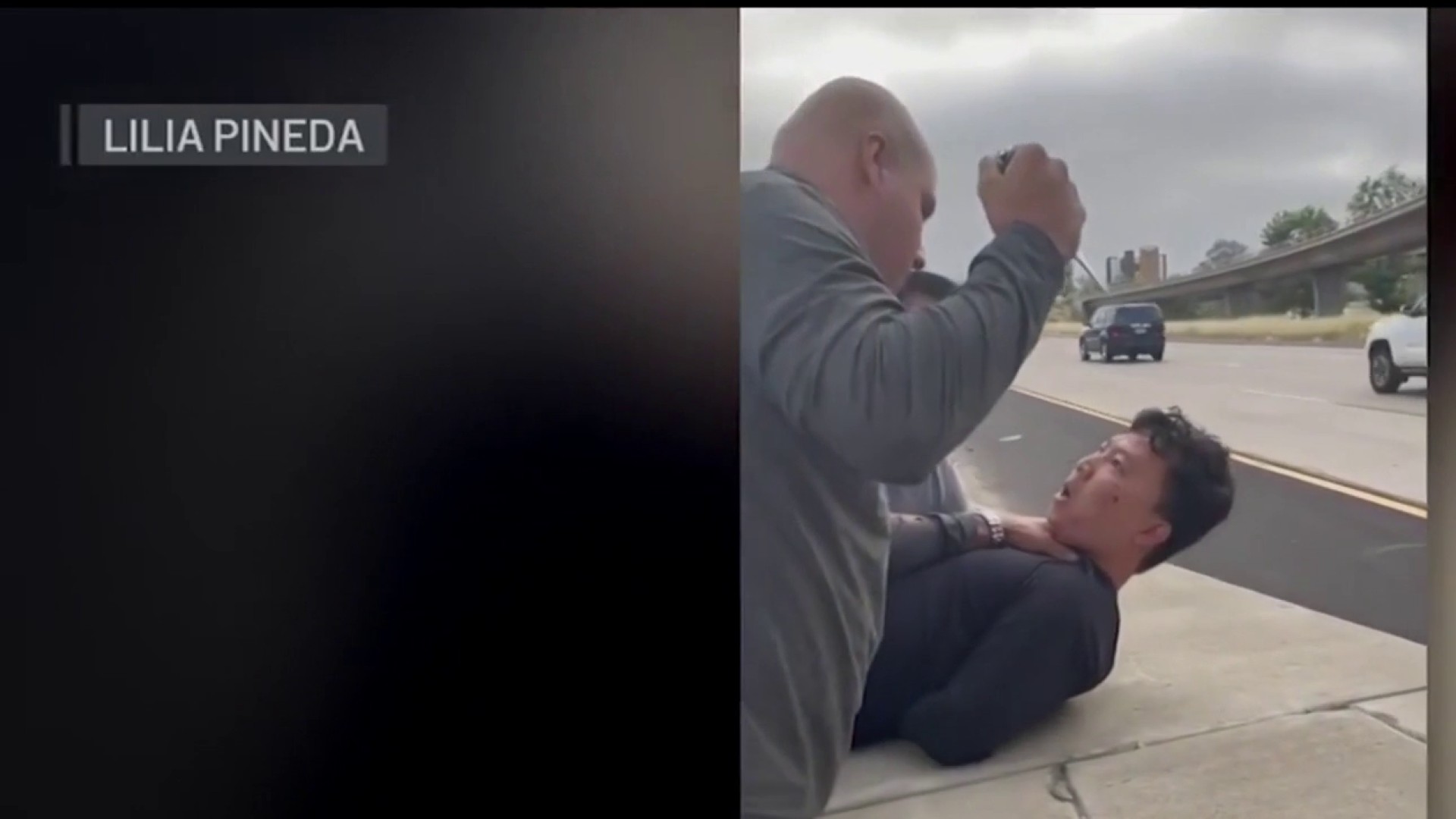