The public is urged to not sit, stand or walk within 50 feet of the Del Mar Bluffs or the beach below

The Del Mar bluffs are a pretty sight, but county officials are warning to stay away from them after a retaining wall collapsed sending dirt and rocks barreling down the hill to the beach below.

Last Sunday, the Del Mar Bluffs suffered a failure just south of 4th Street in the city of Del Mar. SANDAG told NBC 7 they initially suspended rail service over concerns of a further collapse. Later, geotechnical experts determined that train service can be operated safely at a reduced speed, according to the City of Del Mar.

"However, another bluff failure is possible due to cracks observed at the top of the bluffs and pose a significant risk to beachgoers," the City of Del Mar said.

SANDAG says it's best they avoid the area. The public is urged to not sit, stand or walk within 50 feet of the Del Mar Bluffs or the beach below.

“It is quite unstable, and then people also walk on the bluffs along the track area. And we're working with North County Transit District just to keep people off of that area too because it is also unstable at the top as well,” said John Haggerty, Director of Engineering and Construction of SANDAG.

Police will be present along the bluffs near 4th Street to educate the public and signage will be posted. 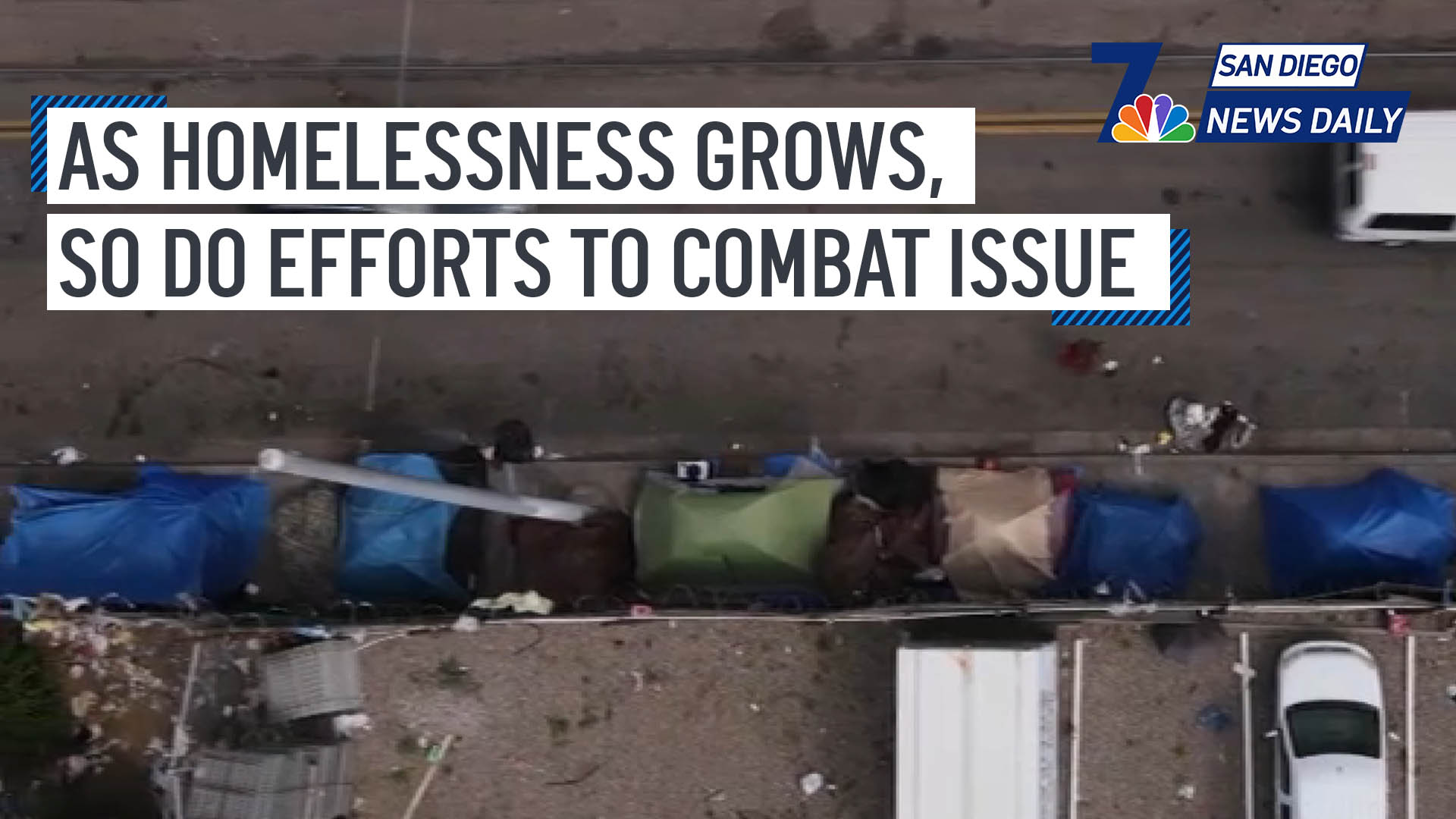 As Homelessness Grows, So Do Plans to Combat Issue | San Diego News Daily

SANDAG has worked for decades with North County Transit to stabilize the 1.7 miles of track along the Del Mar bluffs.

The cliffs are increasingly threatened by coastal erosion.