A Bad Trip to the Dentist

A woman hit the gas instead of the brake Wednesday plowing into a Tierrasanta  dentist office, pinning a man in the waiting room against a wall and injuring a worker, firefighters said.

The driver looked as if she was going to park in a disabled parking spot on Tierrasanta Blvd., but started to accelerate, according to a witness.

“Over the curb, over the next curb and went through the pillar and into the building and crashed through the window,” Justin Adams said.

The witness says he ran inside the building and saw chairs and debris strewn everywhere. 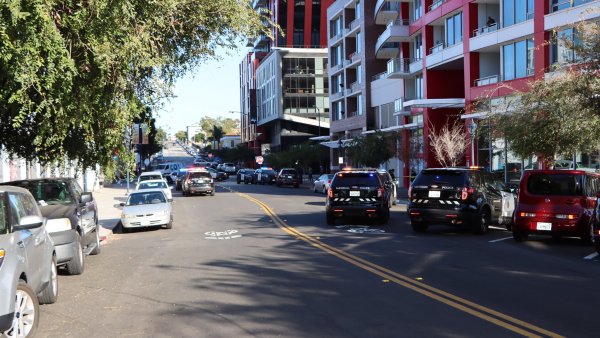 “Everything was in the way. The first thing that we did was try to get the woman out of the car and then we noticed that the guy was pinned,” Adams said.

The man was crushed in the middle of the wall, so fearing that he could make things worse, Adams ran across the street to the fire department for help.

“The wall was all broken and that’s why we didn’t try to pull him out or anything because we didn’t know what could potentially happen,” he said.  “He was screaming, he was hurt.  It was more or less screams of pain and not exactly trying to get out.”

Firefighters worked to rescue the victims. The man was transported an area hospital, a worker also inside the office was treated for minor injuries.  The driver refused treatment.

An engineer was called to check the stability of the building.