Shut Out: Why Some Minority-Owned Businesses Can't Get Financial Help During COVID-19

Black business owners feel the city of San Diego is not operating on a level playing field, preventing them from receiving the funds to help them weather the COVID-19 storm

As the county inches closer to closing more businesses in response to rising COVID-19 infections, thousands of locally-owned businesses are still waiting for financial relief from the Small Business Relief Fund (SBRF) that the city of San Diego created to help business owners.

Since July 1, 585 businesses received money out of more than 10,000 applicants, according to data analyzed by NBC 7 Investigates. Of more than $20.5 million available, just $5.6 million or around 27%, has been distributed.

Many minority-owned businesses feel the city was not operating on a level playing field, thus preventing them from receiving the funds that could help them weather the COVID-19 storm.

The city did so, say business owners, by initially implementing certain criteria that may have indirectly prevented some minority-owned businesses from qualifying for the financial aid.

In doing so, applicants who had filed for bankruptcy or had a criminal record were disqualified from receiving financial help through the Small Business Relief Fund.

“We are not asking for handouts,” said Demetre Booker, who owns a commercial real estate investment firm and mentors Black-owned businesses. “We're not asking for free money, just for a fair opportunity and the benefit of the doubt.”

Booker said many minority-owned businesses have had difficulties staying in business, and COVID-19 has only made matters worse. Placing burdensome restrictions on businesses looking to get help from the federal government has exacerbated the problem, according to Booker.

“What you're seeing right now for all businesses is what a lot of these minority businesses have been facing before COVID-19,” Booker said.

However, the city has since lifted those restrictions, meaning more than 7,900 applications will get a second look.

“The City is proud of its efforts to help hundreds of businesses across San Diego regardless of ownership during this tough economic time,” city spokesperson Jerry McCormick told NBC 7 Investigates. “This program was open to any business owner who wanted to apply. Within the first hour of us launching the application web site, tens of thousands visited and took advantage of this program.”

McCormick calls the process to qualify for the federal programs “heavily restrictive” and “requires much documentation.”

As for the council’s decision to revise the criteria for small business owners to qualify, McCormick adds, “The original funding sources required the application questions and restrictions related to debts, bankruptcies, previous federal loans/grants, criminal record, federal guarantees, student loans, and more. The revised criteria allows more flexibility and does not dictate these specific perimeters so this information will not be used to determine eligibility with the one exception of bankruptcies that occurred less than 12 months from April 1, 2019.”

But minority business owners say they've experienced these problems not only with the local Small Business Relief Fund but so has been their experience when applying for loans through the federal Coronavirus Aid Relief and Economic Security (CARES) Act as well as the Small Business Administration (SBA) loans.

According to a document obtained by NBC 7, only $1.5 million worth of SBA loans out of a total of $77 million was allocated to Black-owned businesses in San Diego.

Similar issues have occurred nationwide, prompting the Center for Responsible Living to conclude in one recent study that, “The Paycheck Protection Program continues to be disadvantageous to smaller businesses, businesses owned by people of color, and businesses without employees.”

Commercial real estate firm owner Booker said he believes the city is moving in the right direction and it is up to local business owners to make sure they are following the correct policy, and, of course, to get help when needed.

“It’s not going to be perfect,” admitted Booker. “There are always people that are going to be left out, but I think the city is trying, it's trying to engage. That means minority-businesses, including myself, need to improve on our paperwork, our licensing, taxes, compliance. And so, therefore, when opportunities come, you're prepared for it.”

But not all minority business owners are as confident.

“I put in for the loan for two businesses, the nail salon and beauty salon because that’s where I have the biggest staff,” said Gay. “A little while later I received the letter saying my credit was insufficient.“

The denial, says Gay, made him rethink his future and the future of his business.

Chamberlain said other Black-owned businesses that she knows were also denied for similar reasons.

“Not one of us that applied for the loans got any money. We were all turned down because of credit. I believe that we were stereotyped.”

“They say all this stuff on the surface but when it comes down to it we are still pushed to the back of the bus. Where is that money going if it's not coming to us?” 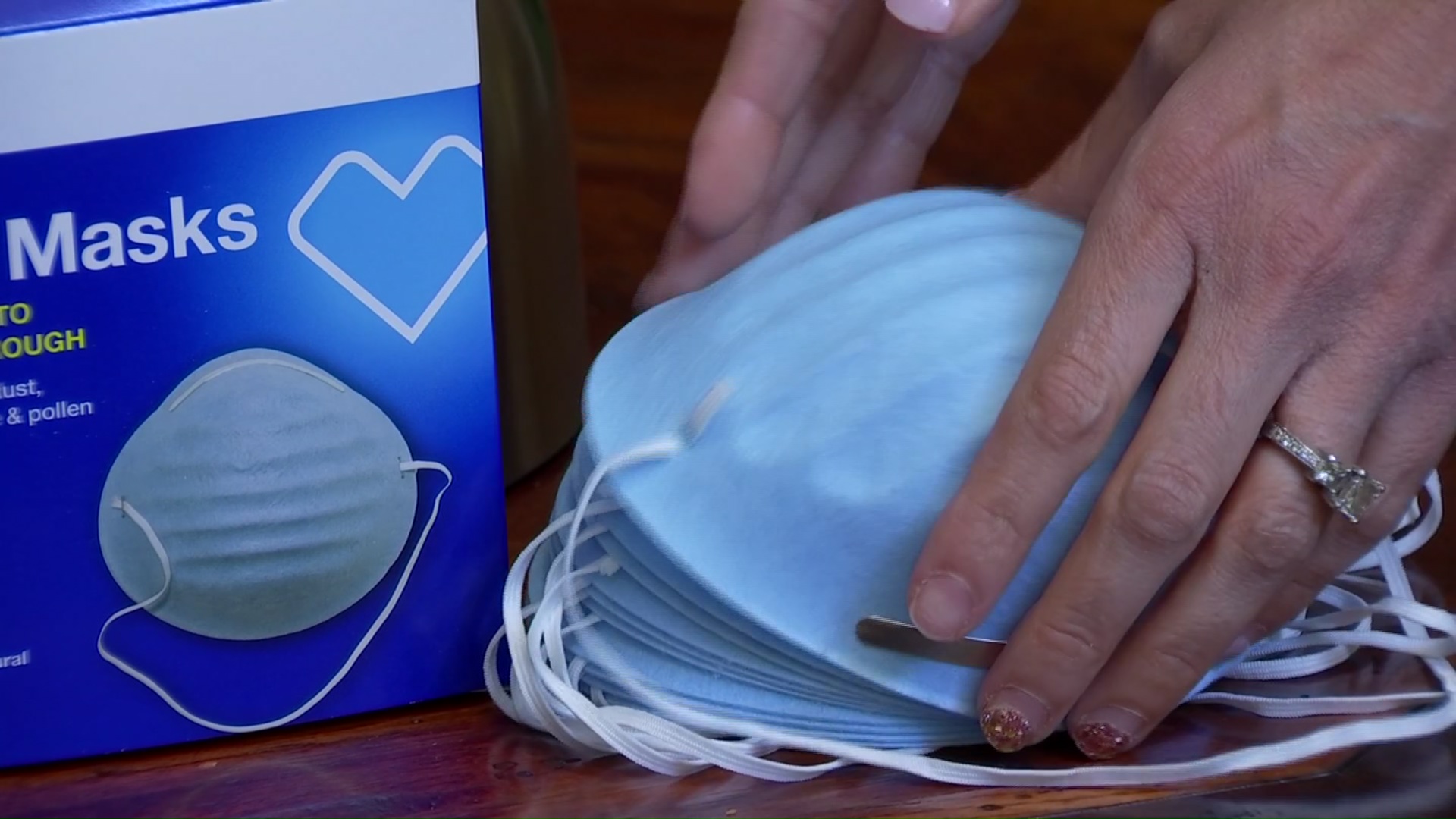 Mask Hysteria: The Psychology Behind Refusal to Wear Face Coverings 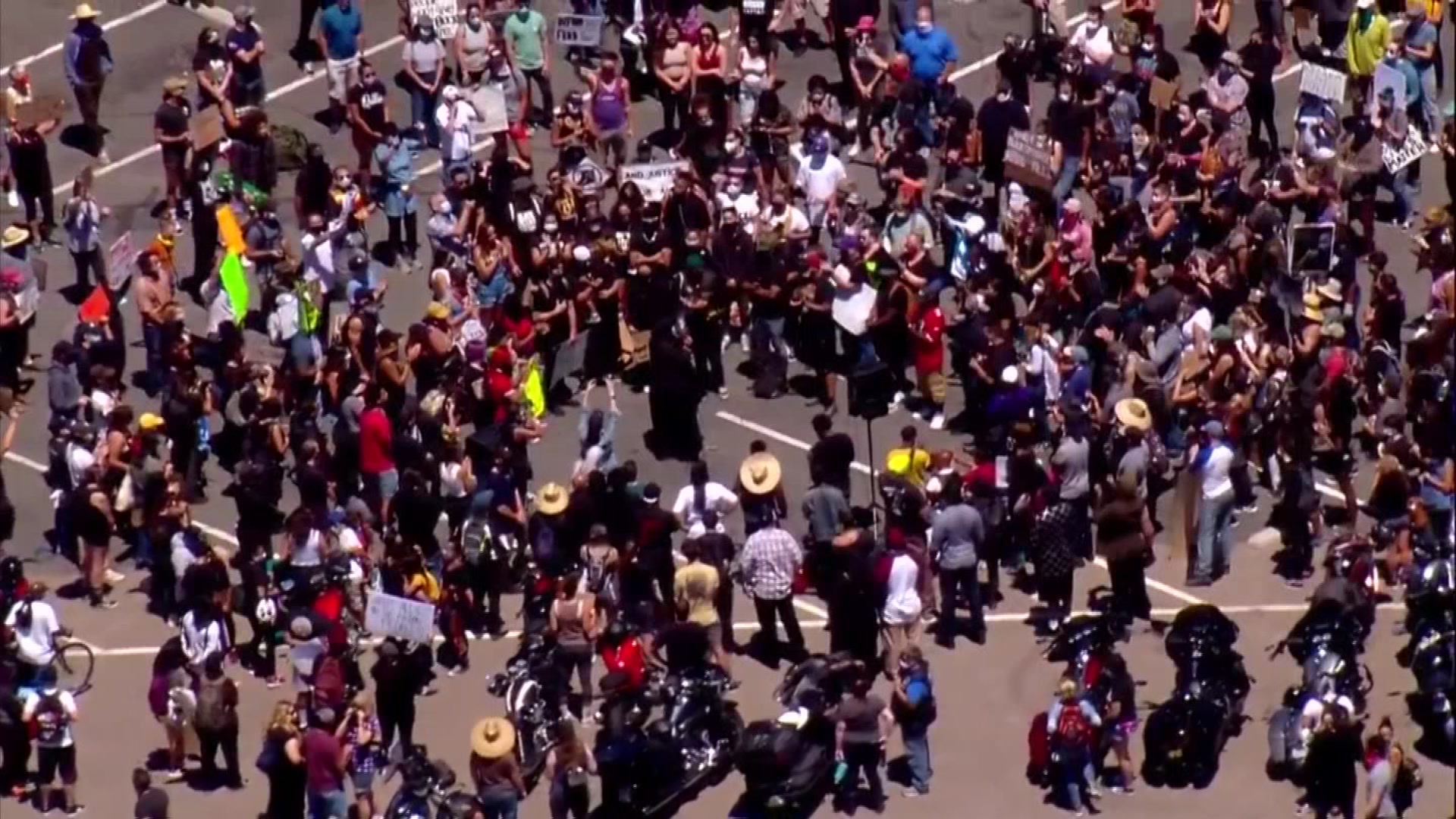 La Mesa: One Month After Protests and Accusations of Racial Profiling