Toxic ‘Forever Chemicals' Are Found Everywhere. What You Need to Know About PFAS

Better known as PFAS, these substances were recently reported to be abundant in North American makeup products — here’s more on the risks, locations and legislation surrounding them

From nonstick pans to food packaging to make-up, hundreds of everyday products are made with PFAS chemicals that have been linked to adverse health effects, including cancer, weakened immunity and low birth weight.

They are also a persistent pollutant in the environment, with high levels found in many public water systems.

PSAS are described as “forever chemicals” because they don’t degrade in the environment or the human body. And, according to the Centers for Disease Control and Prevention, most people in the U.S. have PFAS in their bloodstream.

So, what exactly are PFAS chemicals and should you be concerned? Here's what you need to know: 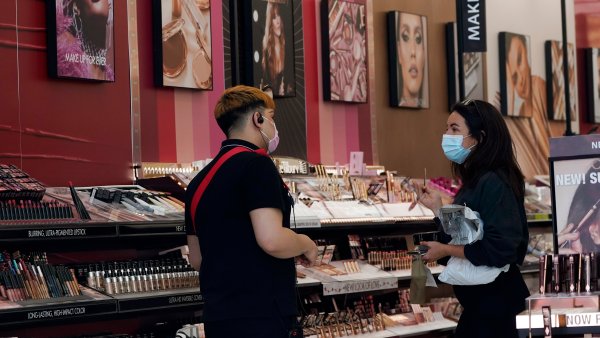 Study: Half of US Cosmetics Contain Toxic Chemicals 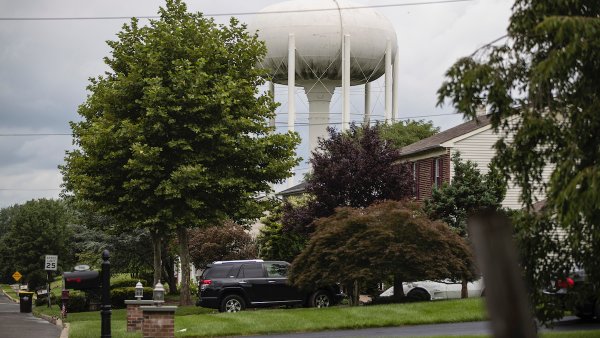 PFAS is shorthand for a class of chemicals known as perfluoroalkyl and polyfluoroalkyl substances. PFAS chemicals have been manufactured since the 1940s and highly utilized in various industries because of their ability to resist heat and repel grease, water and oil.

PFAS chemicals keep food from sticking to cookware, make clothes and carpets resistant to stains, and create firefighting foam that is more effective.

PFOA and PFOS are among the oldest chemicals in this class and have been largely phased out in the United States. However, these man-made pharmaceuticals, microplastics and synthetic chemicals take hundreds of years to break down, and according to the Environmental Protection Agency, are still present in the environment. The EPA has established a nonbinding “advisory level” of 70 parts per trillion for PFOA and PFOS in drinking water, which the federal Agency for Toxic Substances and Disease Registry has described as too weak. Some states have imposed tougher limits.

Other PFAS, like the PFOA replacement GenX and the PFOS successor PFBS, are still widely used and have found their way into rivers, lakes, ground water and in air emissions, according to the EPA.

Where are PFAS found?

Various industries throughout the economy use them, including the aerospace and automotive sectors.

PFAS are also found in bloodstreams of most people in the U.S., according to the EPA.

That's because the chemicals have turned up increasingly in public water systems and private wells around the country. Military installations that use PFAS-laden firefighting foam in training exercises and businesses that manufacture and work with PFAS are two big sources of water, soil and air contamination.

Sen. Richard Blumenthal is calling for a ban of PFAS in all personal products.

In 2013, the federal government ordered public water systems with more than 10,000 customers to test for it. Over the next two years, the EPA found significant amounts of PFAS in public water supplies in 33 U.S. states. The finding helped move PFAS up as a national priority. The Environmental Working Group, a food advocacy organization, has identified 2,3337 documented cases of PFAS contamination across 49 states, as of January 2021.

According to the Agency for Toxic Substances and Disease Registry, people can be exposed by drinking water contaminated with PFAS, eating fish caught from such waters, swallowing contaminated soil, or eating food packaged in materials containing PFAS.

In June, the company hired to help extinguish a chemical plant fire in Illinois was ordered to stop using PFAS-containing foam to fight the blaze over concerns that the harmful material would contaminate nearby groundwater, the area's source of drinking water. The company, Lubrizol, and the contractor, US Fire Pump, said it dug trenches around the property and the foam and water used were vacuumed up and stored in tanks for appropriate disposal.

What are the health risks of PFAS?

Public health studies on exposed populations have associated these "forever chemicals" with an array of health problems.

While research suggests exposure from consumer products is low, because PFAS remain in the body for years, the accumulation of these substances over time could have negative health effects.

A scientific study, looking at a kind of PFAS once used in making Teflon, found a probable link with kidney and testicular cancer, ulcerative colitis, thyroid disease, hypertension in pregnant women and high cholesterol. Other recent studies point to immune problems in children and low infant birth rate, among other things.

While contamination of drinking water around military bases and factories gets most of the attention, the EPA says 80 percent of human exposure comes from consumer products in the home.

The chemical industry says it believes the versions of the nonstick, stain-resistant compounds in use now are safe, in part because they don’t stay in the body as long as older versions. The American Chemistry Council trade group also notes not all PFAS chemicals are the same, and treating them as such "is not scientifically accurate nor appropriate to guide effective regulation." It add that “our member companies are dedicated to the responsible production, use, and management of PFAS chemistries in a manner that protects the public health and our environment."

Independent academics and government regulators say they don’t fully share the industry’s expressed confidence about the safety of PFAS versions currently in use.

“I don’t know that we’ve done the science yet to really provide any strong guidance” on risks of the kinds of PFAS that U.S. companies are using now, Andrew Gillespie, associate director at the EPA’s National Exposure Research Laboratory, previously told the Associated Press.

What is being done about them?

There is currently no federal maximum containment levels, the legal threshold limit on the amount of a substance that is allowed in public water systems under the Safe Drinking Water Act, for PFAS, according to the EPA. The agency has only set a nonbinding health threshold of 70 parts per trillion for PFOA and PFOS in drinking water.

The Biden administration announced earlier this year plans to regulate the PFOA and PFOS compounds in drinking water, though details of the proposal have not yet been made public. In February, the EPA also reproposed rules to collect new data on PFAS levels in drinking water.

Congress has also sought to limit the chemicals' usage. Last month, Sens. Susan Collins, R-Maine, and Richard Blumenthal, D-Conn., introduced legislation to ban PFAS chemicals in cosmetics in light of a study that found over half of the cosmetics sold in the U.S. tested positive for PFAS, but lacked information about these ingredients on their labels. The No PFAS in Cosmetics Act would give the Food and Drug Administration 270 days to issue a proposed ban on intentionally adding PFAS to cosmetics, with a final rule required 90 days after the proposal.

Previous efforts to manage the chemicals have failed in Congress. In 2019, a bipartisan group of Senators introduced legislation, which passed in the House 247-159, to mandate that the EPA declare PFOA and PFOS as "hazardous substances" eligible for cleanup funds under the EPA Superfund law. However, then-President Donald Trump vowed to veto the bill, claiming such legislation would "impose substantial costs" on government agencies and water systems.

An attempt to deal with PFAS chemicals on military sites by including a PFAS cleanup provision in the 2019 National Defense Authorization Act, the must-pass defense spending bill that Trump that year, were also squandered after some lawmakers questioned whether the matter was beyond the scope of the bill.

But with federal action stalled, several states have moved to ban or set their own PFAS limits for drinking water that are far tougher than the federal guidance.

Minnesota passed a law in June banning the chemicals in food packaging. In Michigan, seven PFAS are regulated, with the maximum contaminant level as low as 6 parts per trillion (ppt) for one of the compounds. Massachusetts regulates six types of PFAS in drinking water at 20 ppt New Jersey, one of the first states to establish more stringent standards for drinking water, set maximum contaminant levels for PFOS at 13 ppt and PFOA at 14 ppt.

Last week, Maine became the first state to enact a broad prohibition on PFAS. Unlike the piecemeal legislation passed in other states, Maine's law mandates that nearly all 9,000 types of PFAS by 2030, except in cases of “unavoidable use,” and requires manufacturers of products for sale in the state that contain the chemical notify state authorities.

However, some of these states are now struggling with how to enforce those standards when the federal government, through use of PFAS at military sites, violates them. New Jersey filed a lawsuit against the federal the government in January for violating its drinking water standards for PFAS, claiming the military use of the PFAS-laden firefighting foam at Joint Base McGuire-Dix-Lakehurst elevated levels of the chemicals in groundwater and drinking water wells.

The Government Accountability Office said in a new report last month that the DOD has identified 687 sites around the country that have been contaminated with PFAS that will require billions of dollars to clean up.

Experts have been demanding action on this issue for years. Over 200 scientists signed a 2015 letter calling on governments to require only essential uses of PFAS and regulate manufacturers.