Cathedral Catholic High School in San Diego's North County has issued a public apology for racially charged social media posts from some of its varsity football players that appeared to target the football team at Lincoln High School.

Parents and administrators at Lincoln High School in San Diego's Lincoln Park community said the opposing student-athletes crossed the lines of sportsmanship. But rather than sparking a feud, they want to bring the two programs together to work on bridging the gap.

US Border Patrol 2 hours ago 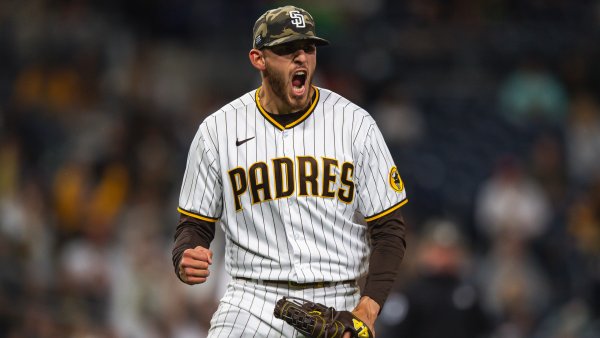 Lincoln's coach said the photo had no impact on the game. Cathedral Catholic won 41-0 that night.

What followed was a second social media post that is having a terrible impact in both football communities. The post showed a photo of a T-Shirt with the words "Catholics vs. Convicts" on it.

"It’s an uphill battle. Teaching in public school is already hard and when you come into the inner city, it makes it 10 times harder,” Dunn said.

"For us, it is bigger than basketball, bigger than football. We coach lives," Harris said.

So, if football is a game of inches, the post making its rounds on social media is a huge step backward.

"It’s stepped way beyond -- too far -- especially with all that's going on in the world,” Lincoln High School team parent Monique Graves said.

Graves is the team mom. Her son Jermaine plays on the JV and varsity teams. She takes offense to him being referred to as a "convict."

“My son is a straight-A student. My son speaks two languages and he is a 9th grader. My son did not come to this school to be labeled as a criminal," Graves said.

The phrase on the shirt dates back to a late 1980s college football matchup between Notre Dame and the University of Miami, detailed in an ESPN "30 for 30" episode by the same name.

The image of the shirt posted more than 30 years later doesn't show the student wearing it and at the bottom is written, “We run the city."

“Yeah, I was upset. What is the perception of that shirt? Who are the convicts?" Harris asked.

"We will not comment on individual student discipline, but we will be taking steps to prevent this shameful event from reoccurring," the apology continued.

Dunn said his players face unequal treatment and stereotyping daily, but the post is a deep dig for all the hard work they've put into this team.

“Our players are doing extremely well. They’re getting into college at an alarming rate whether it is sports or not. We're pushing these kids to be great young men," Dunn said.

Coaches from both teams share mutual respect and are already strategizing to help the players involved understand the game they're playing has consequences beyond the wins and losses.

Lincoln High School principal Stephanie Brown sent a letter to district parents informing them of what happened and said the school is investigating further.

NBC 7 obtained the email. It read, in part:

“I'm saddened to share with you reports of discrimination and racism directed against our students before the football game at Cathedral Catholic High School, Friday night. Two troubling photos have been circulating on social media that disrespect our beloved school community.”

Brown said that despite the hurtful posts, she’s proud of the way Lincoln High School students and coaches have “maintained positive sportsmanship, maturity and professionalism.”

Brown said she's asking Cathedral’s coaching staff, athletic directors, and the entire administration team to come to Lincoln High School to work collaboratively with its coaches and administration to bridge the gap between the two communities.

“We expect our students and staff to stand up against racism and hatred when they see it, and it's up to us responsible adults in the community to do the same. Our student athletes have been nothing short of impeccable, and so you have, our Lincoln families,” Brown added in her email to parents.

NBC 7 reached out to the San Diego Unified School District for comment on the incident; a spokesperson for the district said Brown’s note will also serve as their comment.