These 6 Charts Show How Sanctions Are Crushing Iran's Economy

Iran's economy is crumbling after years of U.S. sanctions — and Tehran insists Washington must suspend those restrictions before the two sides can return to nuclear talks.

Both countries have indicated interest in returning to the negotiating table, but neither the U.S. nor Iran wants to give in to the other. 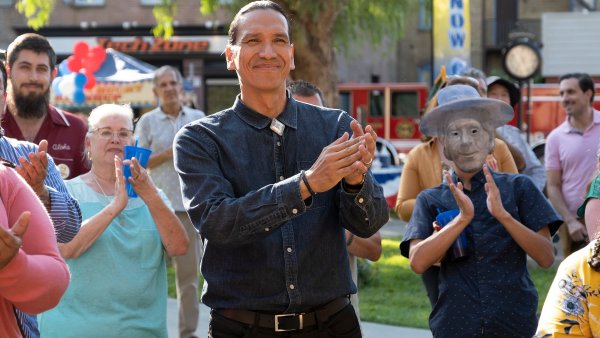 Iran signed the nuclear deal — officially known as the Joint Comprehensive Plan of Action (JCPOA) — with the U.S., China, France, Russia, the U.K. and Germany in 2015.

But former U.S. President Donald Trump withdrew from the agreement in 2018 and imposed sanctions under a "maximum pressure" policy to force the regime back to negotiations.

Here are six charts that show how Iran's economy is struggling.

In comparison, the Islamic Republic enjoyed a sharp economic growth of 12.5% in 2016 after the nuclear deal was signed. However, that reprieve was short-lived.

"It's impossible to know precisely what the numbers would be had there been no sanctions," said Abrams, former U.S. special representative for Iran during the Trump administration who is nowa senior fellow for Middle Eastern studies at the Council on Foreign Relations (CFR). "But I think it's pretty clear that the sanctions have had an impact on the Iranian economy and on the government budget."

The sanctions lowered Iran's ability to sell oil and prevented them from repatriating money from energy sales, Abrams said.

"There are billions of dollars sitting in banks in Iraq and China and South Korea … that Iran cannot get its hands on due to the sanctions," he said.

According to IMF estimates, the Islamic Republic's oil exports are expected to continue falling in 2021.

Exports and imports both fell sharply after the sanctions were reimposed. Besides oil, Iran's industrial metals, a large source of the country's export revenue, were also sanctioned.

The Iranian currency has dropped steadily since early 2018, but Matthew Bey, a senior global analyst at Stratfor, said the rial has "somewhat stabilized."

A weaker currency makes imports more expensive for locals, and high inflation means the cost of living is rising at a time when the people are already struggling with a weak economy and job market.

High unemployment rates are set to increase even further given Iran's economic struggles.

An estimated 12.4% of the population is expected to be out of work in 2021, according to IMF projections.

Iran's government is spending beyond its means, and has seen a widening fiscal deficit. While this is not always a bad thing, it could restrict the country's ability to improve economic activity and recover from the coronavirus pandemic.

"I'm sure that the national budget is of some interest (to Iran's Supreme Leader Ayatollah Ali Khamenei) because he would want money for the Revolutionary Guards, for Hezbollah, for the Shia militias in Iraq and for various other expenses that they have," said Abrams from CFR.

However, he pointed out that the usual concerns of a civil government — such as national income, average family income, rate of inflation, or jobless rate — may not be important to the religious leaders.

An agreement between the U.S. and Iran is not impossible — but only if each side softens its current stance, according to Bey.

The United States, Bey said, would have to accept that sanctions relief is a necessary step toward getting Iran to comply with the JCPOA. On the other hand, Iran has to recognize that if it doesn't take "substantial steps," the Biden administration cannot fully suspend sanctions.

Abrams, on the other hand, said there's a "very significant problem" in the Biden administration's Iran policy, which is to revive the nuclear deal before negotiating a broader agreement that includes Iran's missile program and its support for militias in the region.

"But once you've gone back to the JCPOA, you have lifted most of the significant economic sanctions," he said. "Therefore, you have eliminated most of your leverage to get Iran to agree to these additional things that it does not want … to agree to and I don't see why it would agree at that point," he added.

Stratfor's Bey pointed out that Tehran has insisted on sanctions being lifted before talks begin.

"Iran appears to have calculated that it can withstand the economic pressure that accumulates as it takes a harder position against the Biden administration," Bey said.