"Yours from the first moment I saw you and forever! Your Danny, your John!" her "Grease" co-star John Travolta said in a tribute post to the late singer-actress.

Actress and singer Olivia Newton-John, best known for her portrayal as Sandy in the 1978 hit "Grease" and for her hit song "Physical," has died. She was 73.

Her husband made the shocking announcement via her official Instagram account Monday, saying the actress and activist had died peacefully surrounded by family at her ranch in Southern California.

Newton-John battled breast cancer, and became a voice for others battling the disease for 30 years. She started the Olivia Newton-John Foundation Fund.

The British-born Australian-raised singer was a four-time Grammy Award winner. The soundtrack for "Grease" remains one of the world's best-selling albums with the hit singles "You're the One That I Want" and "Summer Nights."

Newton-John was also an animal rights activist, in addition to an advocate for breast cancer research after her own diagnosis and recovery in 1992.

She revealed May 2021 that she had breast cancer again, and it had metastasized to the sacrum. 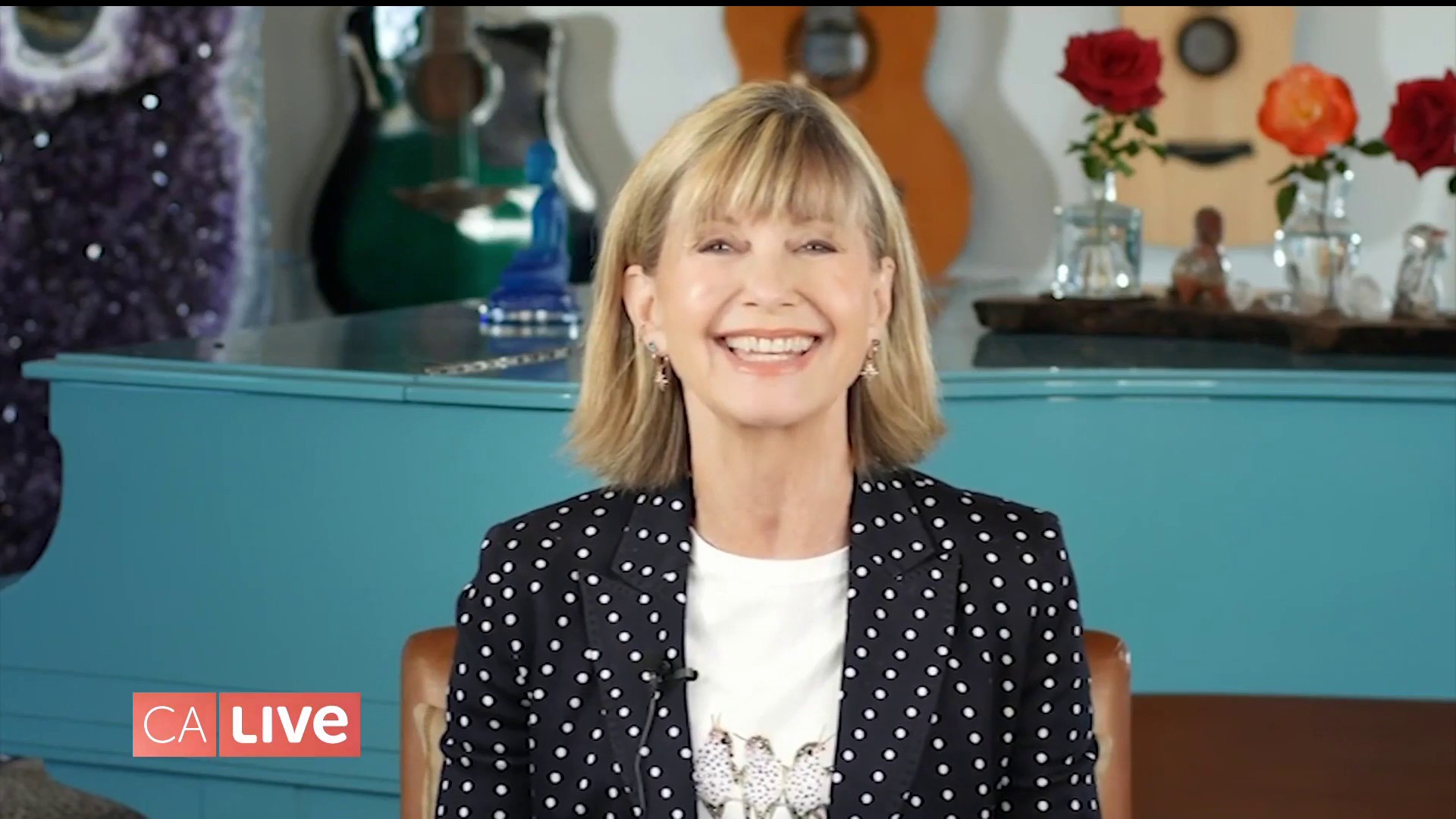 Her "Grease" co-star John Travolta, who played the bay boy T-Bird Danny Zuko to her blonde angelic Sandy Olsson, paid tribute to her on Instagram.

"My dearest Olivia, you made all of our lives so much better. Your impact was incredible. I love you so much. We will see you down the road and we will all be together again. Yours from the first moment I saw you and forever! Your Danny, your John!" Travolta wrote.

Though she saw success before "Grease," it was her portrayal of Sandy in the wildly popular 1978 musical that sent her into super stardom. Much of the film was shot in LA, including famous scenes on the banks of the Los Angeles River, and at John Marshall High School in Los Feliz. She and Travolta would remain close from 1978 forward, even reuniting to commemorate the film's 40th anniversary in 2018.

Her 1981 music video for "Physical" scored her four Grammys and shed the "girl next door" image, being labeled by Billboard magazine as the "the sexiest song of all time."

In Southern California, "Grease" will be playing at Cinespia on Sept. 3. Tickets are available here.