South Dakota Gov. Kristi Noem opened Night 3 of the Republican National Convention on Wednesday by charging that America's "founding principles are under attack" and declaring that "Democrat-run cities across this country are being overrun by violent mobs," NBC News reports.

"The violence is rampant. There's looting, chaos, destruction and murder. People that can afford to flee have fled. But the people that can't — good, hard-working Americans — are left to fend for themselves," Noem said. 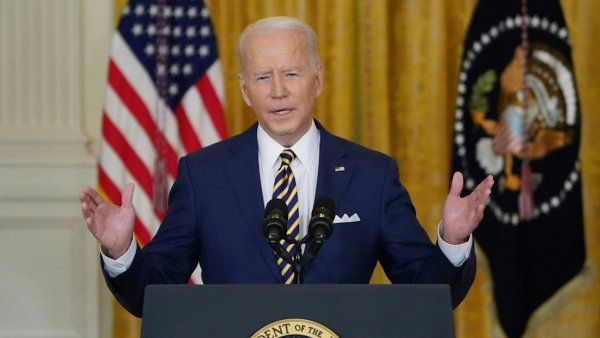 Biden: ‘It's Been a Year of Challenges But Also… Enormous Progress'

Noem spoke after a 17-year-old pro-police man was alleged to have shot and killed two people at a protest in Kenosha, Wisconsin, that followed the police shooting of Jacob Blake. Blake was shot seven times in the back and may be partly paralyzed.

Noem specified several cities in her remarks — Seattle; Portland, Oregon; Washington, D.C.; and New York — but violent crime is up in cities around the country, including ones run by Republicans.