Congress has a handful of other options for rebuking Trump for his role in the Capitol insurrection, including a vote on censure

Three Republican senators spent an hour talking strategy with lawyers for the accused. The entire Senate served as jurors even though they were also targets of the crime. No witnesses were called. And the outcome was never in doubt.

The second impeachment trial of Donald Trump laid bare the deep imperfections in the Constitution’s only process for holding a president accountable, for “high crimes and misdemeanors.” The proceedings packed an emotional punch and served as history's first accounting of the Jan. 6 riots on the U.S. Capitol, but the inherently political process never amounted to a real and unbiased effort to determine how the insurrection unfolded and whether Trump was responsible.

The results were ultimately unsurprising: a fast impeachment in the Democratic-led House followed by acquittal in the Senate, where 17 Republicans were needed to convict. Only seven voted guilty, an insufficient number but a record for votes from an opposition party.

“We have seen that the polarization of the parties has made it easier to get a majority to impeach in the House at exactly the same time it has made it harder to get a two-thirds majority in the Senate,” said Brian Kalt, a constitutional law professor at Michigan State University. “As such, it is now less useful — for both parties — as a tool for holding presidents accountable.”

Sen. Mitch McConnell, R-Ky., drew a direct line between former President Donald Trump’s actions and the Capitol Riot, but he said the now-private citizen was ineligible for conviction. “[Trump] was practically and morally responsible for provoking events of the day," McConnell said. “This [impeachment] question is moot because former President Trump is constitutionally not eligible for conviction.”

Congress has rarely deployed its power to hold a president accountable for crimes and misdemeanors: impeaching Andrew Johnson in 1868, Bill Clinton in the 1999 and Trump twice over the past year. The House also launched impeachment proceedings against Richard Nixon, but he resigned from office before a vote on charges. Each of the other instances ended with the president — or in this most recent instance, former president — acquitted, and few satisfied with the process.

“Time will tell, but I don’t think there was a good outcome there for anybody,” Sen. John Thune, R-S.D., said Saturday after his vote to acquit Trump. 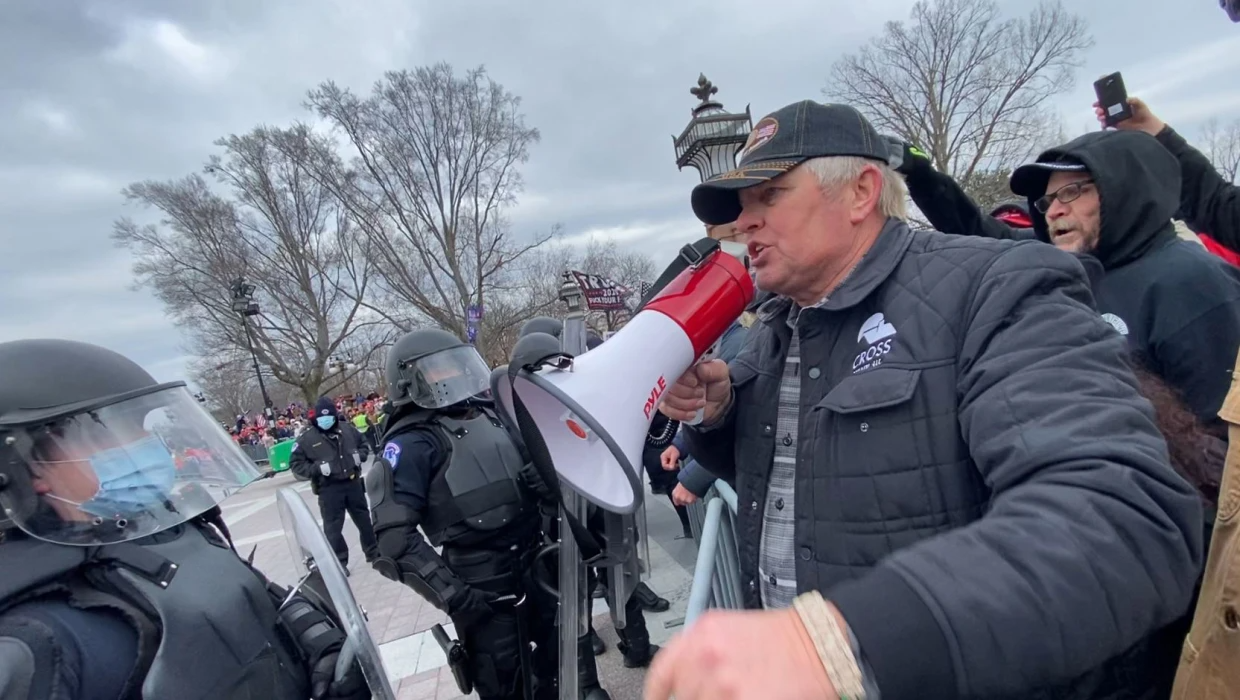 If any alleged presidential offense could have resulted in a more palatable process, it initially seemed as though Trump's role in the deadly Jan. 6 insurrection on the Capitol was the one. The siege left lawmakers shaken and Congress on edge. Many Republicans who had stood by Trump throughout his presidency were furious that he had encouraged his supporters to head to the Capitol as they voted to affirm the results of the 2020 election, whipping them into a frenzy with lies about the integrity of the vote. The fact that Trump was also on the brink of leaving office also seemed to lessen his hold on the GOP.

Democrats moved swiftly to lodge a single charge against Trump: impeachment for “inciting violence against the government of the United States.” Ten House Republicans joined them in voting to impeach — just a sliver of the GOP caucus yet enough to make it the most bipartisan impeachment vote in modern U.S. history.

But politics ground down the Senate trial even before it started. In the closing days of his tenure as majority leader, Sen. Mitch McConnell used his power to stall the trial until after Trump was out of office, giving some Republican senators a procedural out: They could lean on the notion that it was unconstitutional to hold an impeachment trial for a former president instead of deciding the case on the merits.

McConnell took that off-ramp himself. He voted not guilty on procedural grounds, then moments later took to the Senate floor to castigate Trump for being “practically and morally responsible” for the Capitol insurrection. McConnell, an institutionalist, also was engaged in a dexterous straddle: The Senate had voted that the trial was constitutional and McConnell ignored that very precedent in rationalizing his vote to acquit.

Democrats, too, were constrained by political realities — chief among them, a desire to speed through the trial so as to not hold up progress on President Joe Biden's agenda. Though the presentations from House impeachment managers were compelling and infused with powerful imagery from the riot, there was little new put forward that wasn't already in the public domain.

Among the questions left unanswered: was Trump aware of intelligence assessments about the risk for violence in Washington on Jan. 6? When did he know about the danger Vice President Mike Pence and lawmakers were in as his supporters stormed the Capitol? How did he respond once that danger became clear?

When an eleventh-hour opportunity arose on Saturday to call witnesses, Democrats abruptly backed away out of concern that doing so would prolong the trial and complicate Biden's efforts to quickly pass a sweeping pandemic relief package.

There was also this reality for Democrats: Even with witness testimony, there was almost no chance that enough Republicans would vote to convict Trump. The deep anger some Republicans privately held toward the president was overshadowed by the reality that he remains the most powerful force in GOP politics. Others, particularly those seeking to pick up the mantle of Trumpism for future White House runs, made clear from the start that they were not impartial jurors.

Congress has a handful of other options for rebuking Trump for his role in the Capitol insurrection, including a vote on censure, but some key lawmakers appear ready to move on. McConnell suggested that with Trump now a private citizen, his fate should now be up to the courts, where a trial would feature much of what the impeachment process did not: a robust evidentiary process, witnesses and a jury without a personal political stake in the outcome.

Saladin Ambar, a senior scholar at the Eagleton Institute of Politics at Rutgers University-New Brunswick, said he hoped Trump's acquittal would not cause lawmakers to be reluctant to bring impeachment forward as a remedy for future presidents accused of violating their oath of office. If anything, Ambar argued, Congress needs to prove that as a co-equal branch of government, it can act as a real check on the actions of a president.

“If you abdicate your responsibility over time, the problem grows,” Ambar said. “Congress needs to step up its game."

Editor's Note: Julie Pace has covered the White House and politics for The Associated Press since 2007. Follow her at http://twitter.com/jpaceDC