Here's Why NASA Is Crashing a Spacecraft Into an Asteroid

The DART spacecraft and mission aim to help NASA better understand what could be done to stop a worst-case asteroid scenario, before one arises.

It's the subject of more than a few sci-fi films. What would happen if an asteroid floating peacefully through space took a sudden turn for the apocalyptic?

On Tuesday night, NASA launched its first planetary defense test mission, known as the Double Asteroid Redirection Test, or DART. The mission will help us better understand what we on Earth could do to prevent the worst-case scenario before it arises.

The mission set out to intentionally crash a spacecraft into an asteroid that poses no danger to Earth. It launched out of the Vandenberg Space Force base northwest of Santa Barbara.

Why is NASA launching DART?

The mission aims to "demonstrate asteroid deflection by kinetic impactor," according to the mission's website.

NASA says it will crash a spacecraft into the moonlet of the Didymos asteroid to change its trajectory, a test of methods to protect the Earth from hazardous asteroids.

DART is heading toward what's known as the Didymos system, made up of two asteroids -- Didymos and Dimorphos -- that orbit each other in space.

The spacecraft is about the size of a vending machine, and weighs around 1,400 pounds, NBC4 meteorologist David Biggar said.

"Once it's on its way toward the asteroid, DART will start to deploy its two roll-out solar arrays, making it almost the length of a semi-truck, with a "wingspan" just about 41 feet or so," he said.

It will then use the only main instrument it has on board -- the DRACO camera -- to help guide the spacecraft to an impact using its "NEXT" thruster.

Once DART impacts Dimorphos, the smaller of the two asteroids, NASA will study the changes to its orbit around Didymos, the larger asteroid it circles.

By examining those changes, NASA can judge how effective similar methods of defending Earth from other asteroids might be, if a future asteroid should ever pose a threat to the planet.

NASA expert Joan Salute explains what will happen during NASA's DART mission, launching from Vandenberg on Tuesday night. Video aired during Today in LA on Nov. 23, 2021.

DART will strike Dimorphos in autumn of 2022.

The data from DART will also be coupled with the European Space Agency's planned Hera mission in 2024 to 2026, which will look at both asteroids and the crater DART leaves behind in more detail, in addition to its other planned mission duties.

"The DART mission is a demonstration of capability to respond to a potential asteroid impact threat, should one ever be discovered," NASA explains on DART's website.

Is the Asteroid DART is heading toward a threat to Earth?

The asteroids DART is headed to were chosen specifically because they are not a threat to Earth, either before or after the DART mission occurs. NASA emphasizes this many times in its summary and explanation of the mission.

"The DART demonstration has been carefully designed," NASA said. "The impulse of energy that DART delivers to the Didymos binary asteroid system is low and cannot disrupt the asteroid, and Didymos's orbit does not intersect Earth's at any point in current predictions."

In other words, even if the experiment works as designed and predicted by the Johns Hopkins University Applied Physics Laboratory, which is leading the mission for NASA, the spacecraft isn't powerful enough on impact to break up the asteroids or shift them in Earth's direction. The change to the path of the asteroid wouldn't set it on course to hit Earth.

"DART’s target asteroid is NOT a threat to Earth," NASA says. 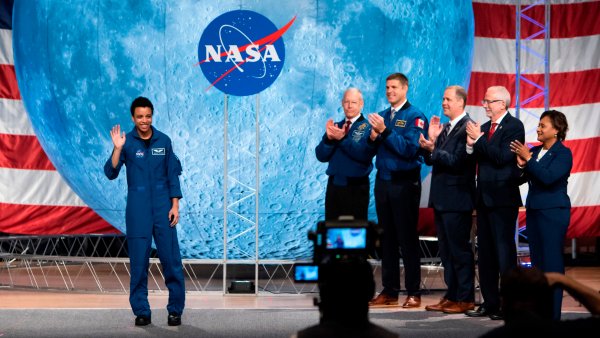 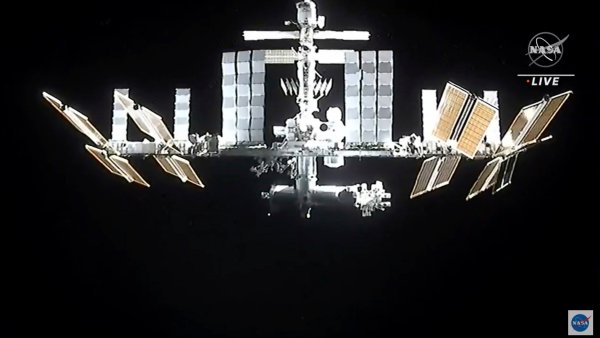 Beyond this one mission, NASA also adds that there are no asteroids "larger than 140 meters in size" with any notable chance of hitting the planet "for the next 100 years."

That doesn't mean all potential future asteroid threats have been discovered. NASA notes that "only about 40 percent of those asteroids have been found as of October 2021" -- but there's not a current, known danger.

How can I watch the DART launch?

If there's no cloud cover Tuesday night, the SpaceX Falcon 9 rocket will be visible all around SoCal as it launches DART to space.

NASA says they're testing how they'd defend the planet if it were a life or death situation. Kim Baldonado reports Nov. 23, 2021.