Schools Confront ‘Off the Rails' Numbers of Failing Grades

The first report cards of the school year are arriving with many more Fs than usual in a dismal sign of the struggles students are experiencing with distance learning.

School districts from coast to coast have reported the number of students failing classes has risen by as many as two or three times — with English language learners and disabled and disadvantaged students suffering the most.

“It was completely off the rails from what is normal for us, and that was obviously very alarming,” said Erik Jespersen, principal of Oregon's McNary High School, where 38% of grades in late October were failing, compared with 8% in normal times.

Educators see a number of factors at play: Students learning from home skip assignments — or school altogether. Internet access is limited or inconsistent, making it difficult to complete and upload assignments. And teachers who don't see their students in person have fewer ways to pick up on who is falling behind, especially with many keeping their cameras off during Zoom sessions.

Students are returning to school, both in person and online, despite the ongoing COVID-19 pandemic.

The increase in failing grades has been seen in districts of all sizes around the country.

At Jespersen's school in the Salem-Keizer Public School district, hundreds of students initially had not just Fs, but grade scores of 0.0%, indicating they simply were not participating in school at all. In New Mexico, more than 40 percent of middle and high school students were failing at least one class as of late October. In Houston, 42% of students received at least one F in the first grading period of the year. Nearly 40% of grades for high school students in St. Paul, Minnesota, were Fs, double the amount in a typical year.

In response schools have been ramping up outreach efforts, prioritizing the return of struggling students for in-person learning and in some cases changing grading policies and giving students more time to complete assignments.

Jespersen said his school began to see grades improve after bringing groups of 300 students into the building in small cohorts to receive support from teachers, although that recently stopped because of the region’s rising coronavirus cases. Advisory teams increased contact with students, and teachers were asked to temporarily stop assigning graded homework. Parents of Hispanic students were invited for a session to learn how to access their children’s grades online.

Georgia mom Jana Coombs tapped into the feelings of many parents on social media when she shared a heartbreaking image of her son in tears on his first day of online kindergarten. She joined LX News to discuss her own family’s struggle with online education and the way she has banded together with some other parents to make it better for their kids.

In Charleston, South Carolina, administrators and teachers are raising the possibility of adjusting grading the way they did in spring, where instructors were told to give 50s instead of 0s to make it less punitive for disengaged students, eighth-grade English teacher Jody Stallings said. “I’m an English teacher, not a math teacher, but I’ve learned zeros are very, very devastating to an average,” he said.

Most of the failing grades he gives out come from missing assignments, not assignments that were turned in with a lot of wrong answers.

“You talk to them later and they say, `You know I just didn’t do it. I didn’t know the answer so I just didn’t do it,’” said Stallings, who teaches most of his students in person and the rest online simultaneously at Moultrie Middle School. “When you have a kid in person, he’s going to take the test ... Even if he doesn’t know anything, he has a chance.”

Jillian Baxter's son, a high school sophomore in Fairfax County, Virginia, normally gets good grades but was failing all his classes at one point, including physical education. Her daughter, a senior, was getting all A's. Both students are learning remotely fulltime.

Callie Evans and Audri Williams, teachers at Monroe Comprehensive High School in Albany, Georgia, made a video to excite students about virtual learning.

She attributes the difference to how her kids learn. Her daughter is thrilled to work independently in her room. Her son is a “tactile learner,” she said.

“You don’t have that drive to do it if you’re not there,” she said.

The failing grades during the pandemic have also revealed how equity gaps in the education system are growing.

An analysisby the Fairfax County school system found that English language learners and students with disabilities were among those with the largest increases in failing grades. In contrast, students who performed well previously were performing slightly better than expected.

In Hatch, New Mexico, high school registrar Blanca Ramirez said her job has evolved during the pandemic to serve as translator, ombudsman and life coach to students and parents who speak only Spanish. In conversations, she asks students how they can have such low grades. 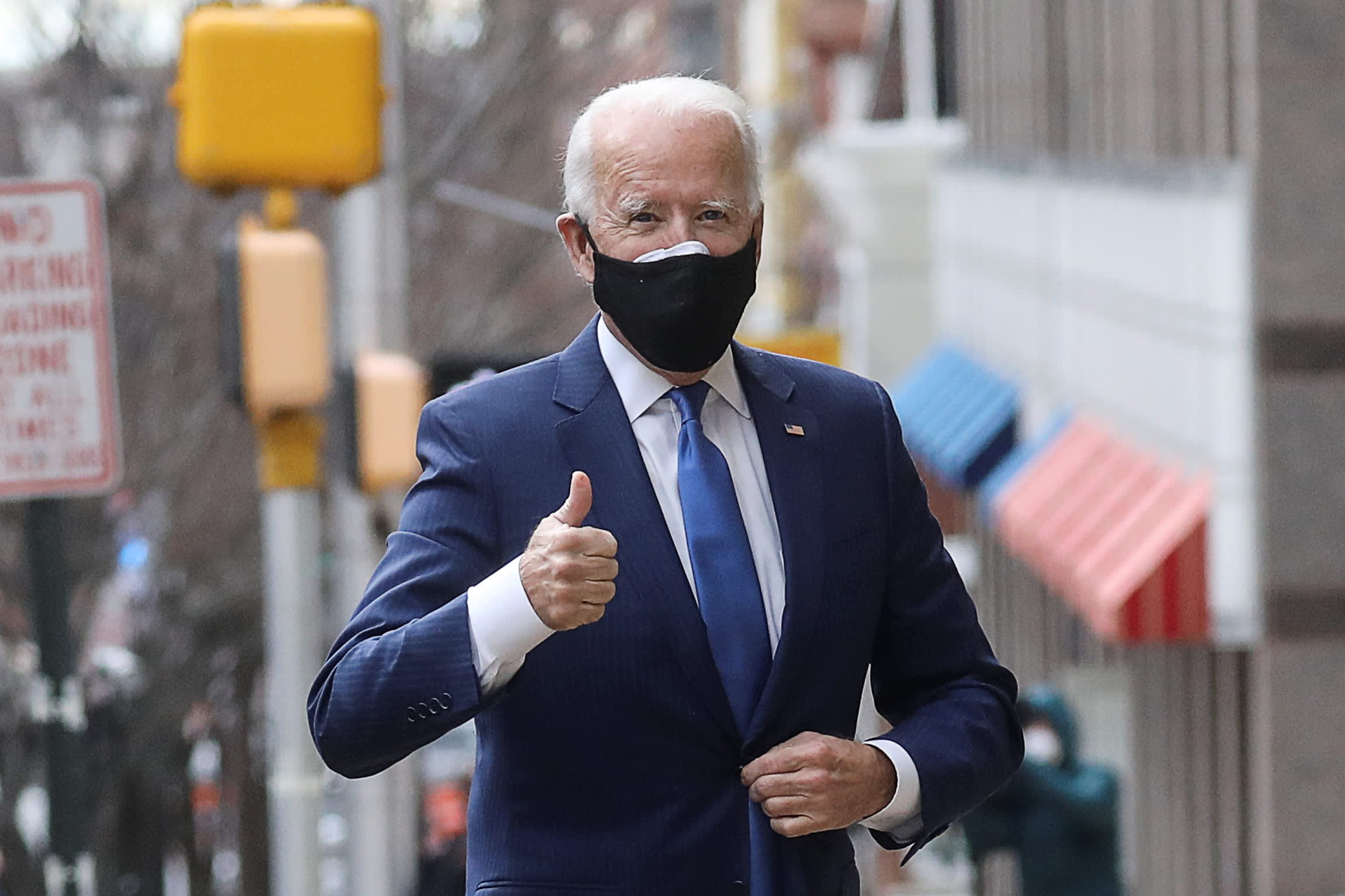 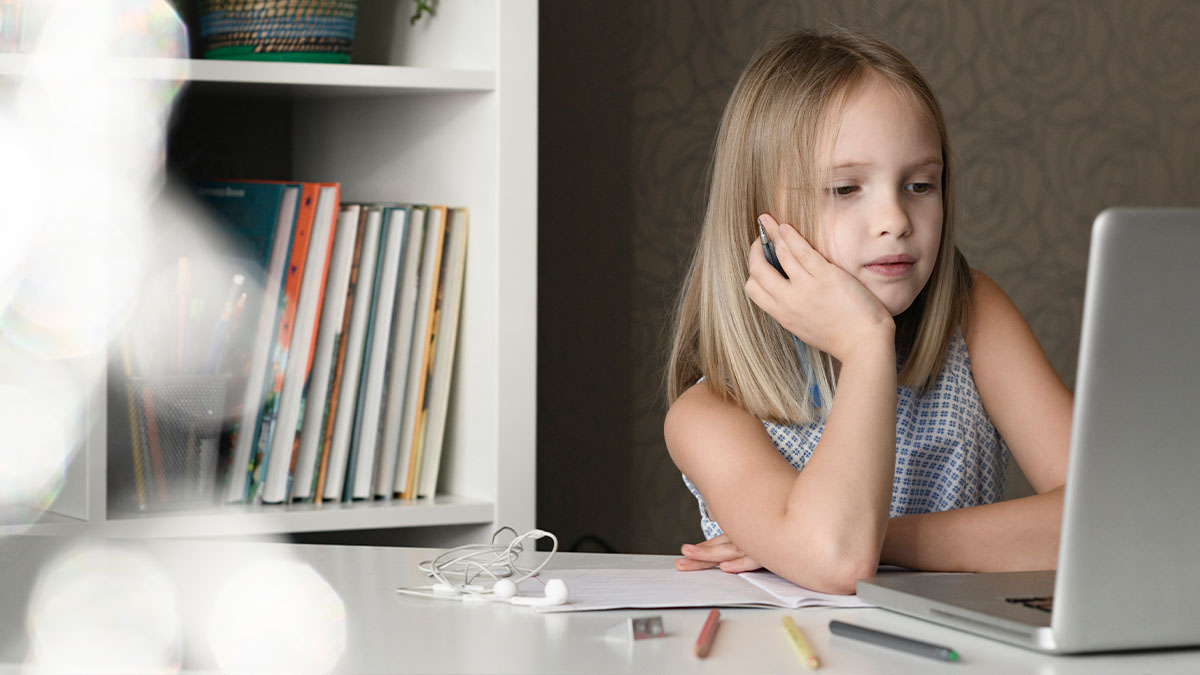 ‘Our Kids Are the Sacrifices': Parents Push Schools to Open

“Come to find out a lot of the time for kids are not even doing their first attempt because I think they’re afraid. And so just making that phone call opens up that encouragement and they start making a little bit more effort,” says Ramirez.

In some cases, the biggest barrier for an English-language learning student is simply that they’ve been unable to log in to the Zoom calls and the online education platform that are key to attending classes. A few times this semester, Ramirez has had the students meet her in the school parking lot, everyone masked up, while she shows them and their parents how to log in.

Hatch High School reported 79% of students were failing at least one class during their first grading period of the year. That’s been cut to 46% within a few months, said spokeswoman Audra Bluehouse, both because school has been made easier and students are more engaged.

Bluehouse says the number was high in part because the school added an eighth class to every student’s schedule this fall.

Now, teachers have been instructed to give less homework, prioritizing the most important assignments. They’ve been encouraged to find alternatives to traditional lectures. Grading has been changed from a 100-point system to a 50-point so that missed assignments with zeroes hurt students less.