A FedEx delivery truck driver making post-Christmas deliveries had to be rescued after getting stuck in a flooded roadway near the Tijuana River Valley on Thursday.

SkyRanger 7 flew overhead after the driver was rescued by a rancher with his horse near Hollister Road, a couple of miles away from the U.S-Mexico border.

Officials said the driver tried to cross the flooded intersection while delivering packages when he got stuck. Water could be seen rising above the top of the truck's tires.

No injuries were reported, according to police. But customers may experience a days-worth of delivery delays.

This rescue comes after San Diego County was doused with downpours and snow as a powerful storm system, the second of the holiday week, swept across the region Thursday.

The storm toppled trees, flooded streets and caused vehicles to spin out.

Heavy downpours were expected to last through about 10 a.m. and taper off significantly from there, leaving just a chance of scattered showers for the rest of the day Thursday. 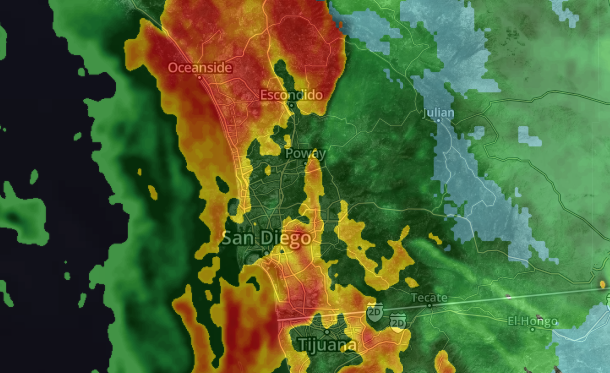 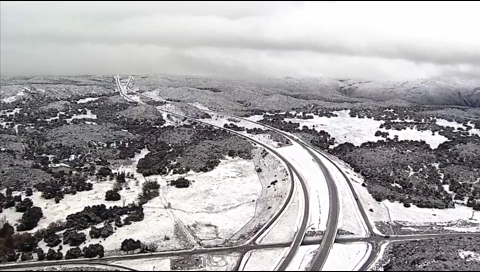