Police said on Saturday that a third teenager was arrested after the robbery and shooting of a Coronado High School student earlier this month.

Friday's arrest is also connected to the shooting of 18-year-old Jacob McKanry in downtown Coronado on the evening of May 4. McKanry, who was shot on Orange Avenue, believed he was meeting up with prospective jewelry buyers after setting up the sale online.

Coronado police made the announcement on Saturday about the third person to be charged in the violent robbery, saying that officers in El Cajon assisted in the arrest of a 17-year-old Chula Vista resident, who now faces attempted murder, robbery and assault with a firearm charges, according to officials. The teen, who was not identified due to their age, was taken to Juvenile Hall after they were booked.

Alejandro Guzman, 18, was charged on May 27 with robbery, according to the Coronado Police Department. The Chula Vista resident is currently being held at the San Diego Central Jail and is ineligible for release, according to the sheriff's department.

The third suspect was arrested by detectives and a SWAT team in Chula Vista on May 22. He was charged with attempted murder, robbery and assault with a deadly weapon, according to Coronado police.

While negotiating the proposed sale, which had been coordinated on the app OfferUp, the suspects allegedly snatched the jewelry away from McKanry , then shot him while fleeing.

McKanry sat down with NBC 7 after being released from the hospital and described the confrontation that left him down in the street.

“I just thought of all the things that I hadn’t done yet, and there was a voice just telling me that, you know, I wasn’t gonna die,” said McKanry.

McKanry and his friend had met up with two people to sell a gold chain. its not yet clear how the third person is involved in the crime. One of the suspects asked McKanry if he could see the chain, wondering if it was real gold. That suspect then turned to run and McKanry lunged at him, intent on getting his chain back. He said the other suspect pulled out a gun and shot him in the back.

He was shot through his lung, diaphragm and liver. McKanry told NBC 7 that doctors decided to leave the bullet lodged in his body because it was so close to his spine.

McKanry's family said he eventually had to return to the hospital with an infection that grew into an abscess the size of a lemon. To help the family with the costs of medical care, friends started a GoFundMe account. 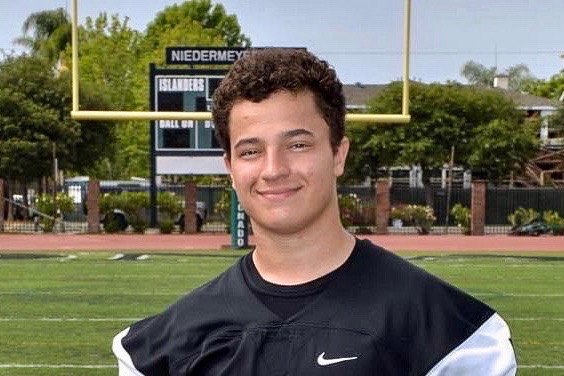