"Today is the greatest day": The Smashing Pumpkins are back (mostly) and they're playing SD in September

"Today is the greatest day I've ever known": Fans of the Smashing Pumpkins got some great (if not entirely unexpected) news Thursday morning as the alt-rock juggernauts announced a 36-city North American tour for mid-2018.

The Shiny And Oh So Bright Tour makes its way through Viejas Arena on Sept. 1, and tickets go on sale to the general public starting Friday, Feb. 23, at 10 a.m. PST. Visit the band's official website and LiveNation.com for tickets and more information.

The tour boasts a reunion of sorts: Three-fourths of the original Smashing Pumpkins band members -- frontman Billy Corgan, drummer Jimmy Chamberlin, and guitarist James Iha -- will play together onstage for the first time in nearly 20 years.

Notably absent is original bassist D'arcy Wretzky, who quit the band in 1999. A long-running feud between Wretzky and Corgan has been covered extensively in the blogosphere recently -- with each side blaming the other for the bassist's non-involvement in the reunion. 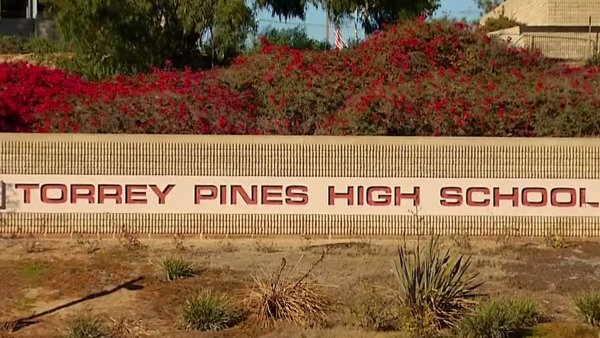 Nevertheless, the tour also coincides with the 30-year anniversary of the band's formation and shows will largely consist of Pumpkins material from their 1988-2000 albums "Gish," "Siamese Dream," "Mellon Collie and the Infinite Sadness," "Adore," and "Machina."

“Some 30 years ago, as the Smashing Pumpkins, James Iha and I began a musical journey in the cramped rear bedroom of my Father's house," Corgan said in a Live Nation press release. "And so it's magic to me that we're able to coalesce once more around the incredible Jimmy Chamberlin, to celebrate those songs we've made together."