Judge Sentences Man Who Tried to Lure Schoolgirl into Van

A San Diego judge ordered a year in jail for a man accused of trying to grab a school girl and pull her into his van and groping women in South Bay stores.

Jose Plascencia, 51, pleaded guilty in December to felony false imprisonment and three misdemeanor counts of sexual battery. At his sentencing Wednesday, he was sentenced to a year in jail and ordered to register as sex offender.

Plascencia will be under house arrest for three to six months as a condition of his four years on probation.

Plascencia was arrested after a 13-year-old girl accused him of trying to kidnap her on May 29, as she walked home from Montgomery Middle School.

Police say the girl was walking on Picador Boulevard near Palm Avenue around 5:17 p.m. when she noticed she was being followed by a man driving a black van.

The van pulled up next to her with the passenger door open and a man inside asked her if she wanted a ride home. He then grabbed her wrist and tried to pull her inside, police said.

The girl managed to pull away and ran home. 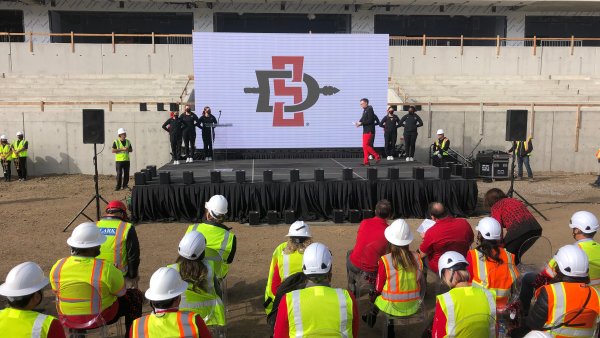 Prosecutors Thursday filed an amended, seven-count criminal complaint against Jose Plascencia, whose crimes allegedly span a two-month period, from March 29 to May 29. His victims included seven women, ages 13 to 84.

An 84-year-old woman accused Plasencia of fondling her breasts after he asked her for a hug inside an Otay Mesa Walmart.

Another middle-aged woman testified Plascencia also turned an embrace into a sexual assault when he hugged her and her 15-year-old daughter in a Walgreen’s parking lot. The woman said Plascenia told her he was recovering from a stroke and had promised God he would hug 200 people a day.

Ed. Note: A previous version of this article incorrectly described the punishment handed down Wednesday. We have corrected the information and regret the error.