Escondido Police Officer Eric Johnston was caught on camera Tuesday playing a game of "rock, paper, scissors" with a demonstrator while outside Waterfront Park

A crowd of demonstrators gathered Tuesday evening for several hours at Waterfront Park, outside the south entrance of the San Diego County administration building, calling for change in light of the in-custody death of George Floyd in Minneapolis.

San Diego resident Arturo Gonzalez was in the crowd, recording what was happening by way of Facebook Live.

After a large group of demonstrators left for the evening, a few dozen remained, to peacefully let their voices be heard.

Just after midnight Wednesday morning, a protester was seen engaged in a match of "rock, paper, scissors" with an officer who was assigned to protect the building.

Officer Eric Johnston was assigned as part of the Escondido Police Department's mobile field force to be stationed at Waterfront Park, he confirmed to NBC 7.

Johnston said he noticed a gentleman in the crowd looking towards officers inside the building on the second or third story trying to play someone in a game of "rock, paper, scissors."

The officer said he was able to get the protester's attention and play a game against him after nobody inside wanted to play. He said it is very important to him to be an officer on the front lines and to also take a positive approach with the community and these protesters. 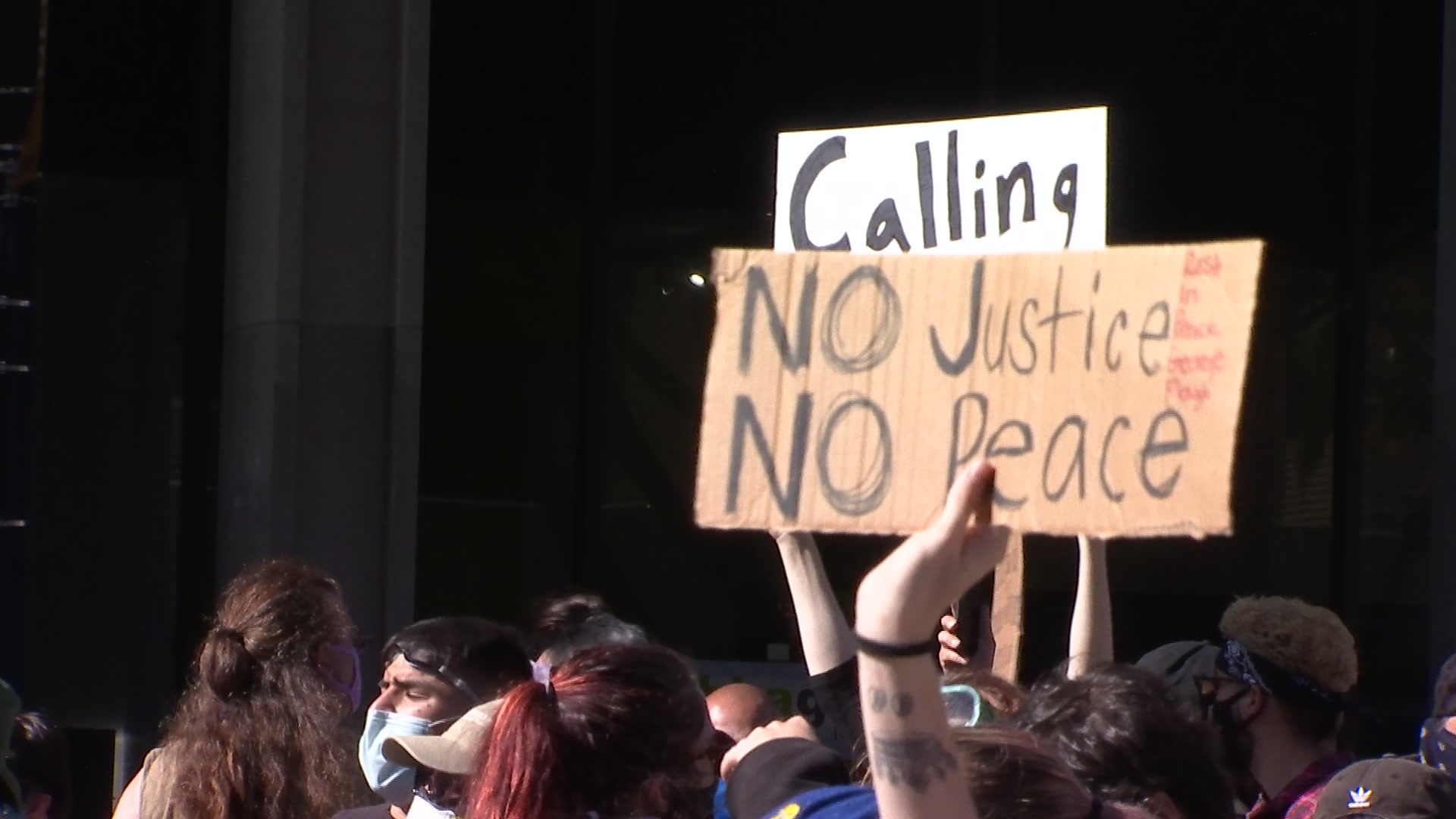 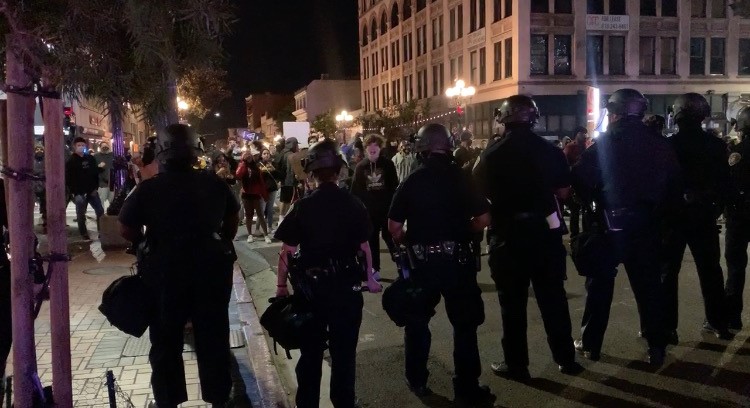 Johnston told NBC 7 he recognizes there is a lot of negativity towards police that is not directed at officers personally, but what the police stand for, and said he doesn't take any of the protests personally.

According to the live video, the demonstrator seemed pleased that he was able to play the officer and did not seem bothered that officer Johnston won the game.