ABOARD RESEARCH VESSEL POINT LOBOS, Off the California Coast — It sits quietly, watching in the dark – the Eye-in-the-Sea camera lets creatures come to it as it sits on the ocean floor off the California coast.  It's part of a new kind of scientific exploration to assess the impacts of climate change on marine life.

A crane on a ship deck hoisted a 502-pound video camera and plopped it into the ocean for a 3,000-foot descent to the world of neon-glowing jellyfish, bug-eyed red rock cod and other still unknown slithery critters.

The camera is one of many instruments powered by the Monterey Accelerated Research Station or MARS, an underwater observatory that began operating in November off the California coast.  The observatory, which looks like a giant metal pyramid at the bottom of the ocean, is connected to shore by 32 miles of cable and serves as a gigantic electrical outlet for equipment such as the camera. 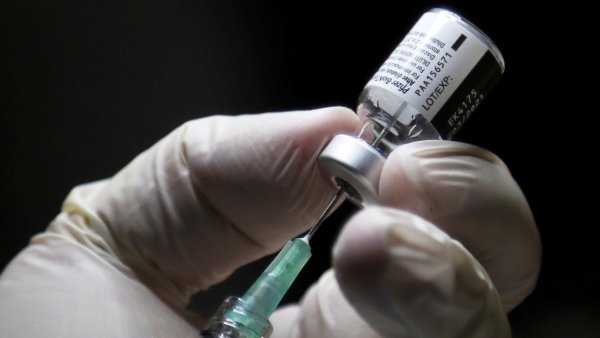 Other instruments measure currents and seismic activity, while another part studies how higher acidity would affect marine life.  Scientists say the observatory's success will spawn others around the world, at a time when scientists warn that coral reefs and other sea life are being harmed by rising ocean acidity from absorption of greenhouse gas pollution.

Previous deep-sea exploration relied on battery-powered instruments that had to be fished from the water. But the observatory permits real time information to stream to shore, giving researchers a faster, better and understanding of how greenhouse gas pollution is changing the ocean.

The $600,000 Web camera offers scientists, students and others the opportunity to watch life at 500 fathoms. The camera captures images illuminated with "far-red" lights, a spectrum of luminescence invisible to undersea animals.

"The revolution in oceanography is to replace expeditionary science with a permanent presence in the ocean in the deep sea," said Widder, a senior scientist at the Ocean Research and Conservation Association, a nonprofit that develops high-tech equipment for ocean study.

The $13.5 million station is being watched closely by scientists all over the world, and is a test for the National Science Foundation's proposed $400 million rollout of a network of similar observatories off the U.S. coast.

"With rising sea levels as a result of ocean warming and ice caps melting, we need better observations recorded regularly and openly to better quantify what's happening to the oceans and the planet," said John Orcutt, a professor of geophysics at University of California, San Diego's Scripps Institution of Oceanography.

The ocean is absorbing most of the carbon dioxide from burning fossil fuels, which has resulting in increased acidity, according to published studies. Greenhouse gas pollution is also blamed for warming the ocean, a trend that, if allowed to continue, could kill a wide array of marine life, according to climate change studies.