The F-35B will eventually replace the Harrier, as well as the F-18 Hornet

Something exciting is about to take flight at Marine Corps Air Station Miramar. In just a few months, the base will get its first squadron of F-35B strike fighters.

The F-35B is one of the military’s most technologically advanced jets. It is fast, it is stealthy and it can hover.

“The F-35B is very unique,” said MCAS Miramar’s Director of Communications Captain Matthew Gregory. “We selected that aircraft and asked it to do a great many things that some of the other services don’t. The biggest thing out of that is that it has the ability to do short takeoff and landings, very much like our AV-8B Harriers do.” 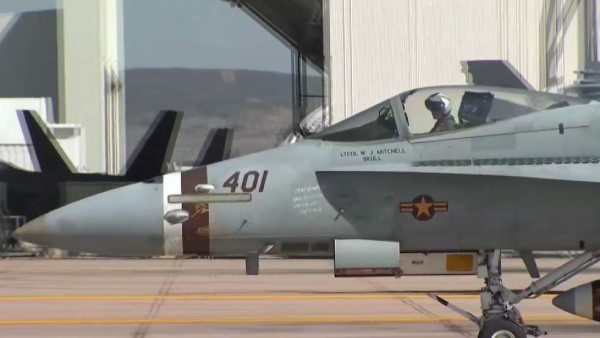 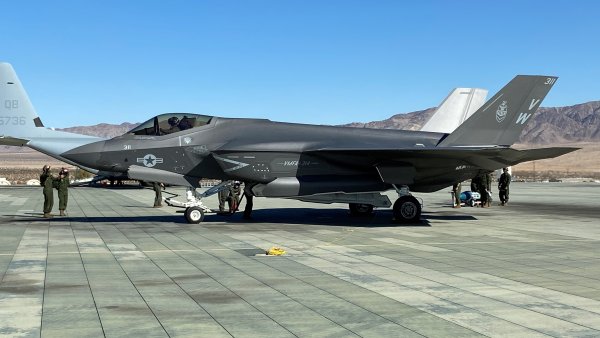 Exclusive: Up Close Look At World's Most Advanced Fighter Jet

The F-35B will eventually replace the Harrier, as well as the F-18 Hornet.

Then the F-18s will be phased out.

NBC 7's Nicole Gomex introduces us to the MCAS Miramar Marine Corps Police Department's only female officer who faces challenges with a fury friend by her side.

While both are operating out of the base, however, Gregory said there will be an additional 20 to 30 flights taking off and landing at Miramar each day. Some neighbors in University City have expressed concerns about the additional air traffic and the flight patterns. Gregory said the F-35Bs will takeoff along the same route as all of their fixed-wing aircraft, but once they leave the base, the pilots must follow the instructions of the FAA and Southern California TRACON.

“Miramar is an island in the national airspace system,” Gregory said. “Once our pilots get into the air, they immediately are talking with SoCal TRACON, and they’re directed out of our airspace through the safest and most efficient manner ever.”

Concerns have also been raised about noise levels on the base. Gregory said they are sensitive to those concerns and have worked to minimize the impact of the F-35Bs training exercises on the surrounding community.

The late Colin Powell was the first Black Secretary of State and deeply studied African American military history, says Brandeis University's Chad Williams. "We need to remember him as part of that tradition. A tradition that is rife with struggle, with pain, with institutionalized racism, but also with heroic achievement and accomplishment," Williams said.

“These two vertical landing pads that we’ve constructed here on the base are quite literally in the middle of the airfield. They’re about as far from any residential areas that we can get and still be able to train here on the airfield,” he said.

Gregory said the pilots will also be instructed to swing south along SR-52 when they come in for their vertical landings since that area is primarily commercial and industrial property.

“The hover operations that these aircraft are gonna do look very similar to the current F-18 patterns that we have now when they do training for arrested carrier landings here on the base,” he said.

The actual hovering may be noticeable, though, especially when driving along SR-52 or I-15.

NBC 7's Artie Ojeda breaks down the report's findings and spoke to an expert about its impact.

“If you’re driving up the 15, if you’re over in Kearny Mesa, what you’re gonna see is that aircraft doing slower maneuvers with its hood open in order to have the turbine pushing downward so that it can hover or do a very slow approach,” Gregory said. “The short takeoffs and the hover landings that it’s able to do are something that it’s designed to do.”

They’ll be doing a lot of them once training begins. The instructors are set to arrive with their families in January and the rest of the squadron will arrive sometime in the spring.