In addition to being stripped of its Division 4-A Regional Championship title, Coronado High was placed on probation through the 2023-24 school year

"In this instance, there is no doubt the act of throwing tortillas at a predominately Latino team is unacceptable and warrants sanctions," the CIF said in part.

In addition to being stripped of its Division 4-A Regional Championship title, Coronado High was placed on probation through the 2023-24 school year and won't be allowed to host any sectional, regional, or state postseason basketball games through the 2022-23 school year. The school's entire athletics program will be barred from hosting postseason play until:

NBC 7's Omari Fleming has the latest from the CIF and the response from the local school district. 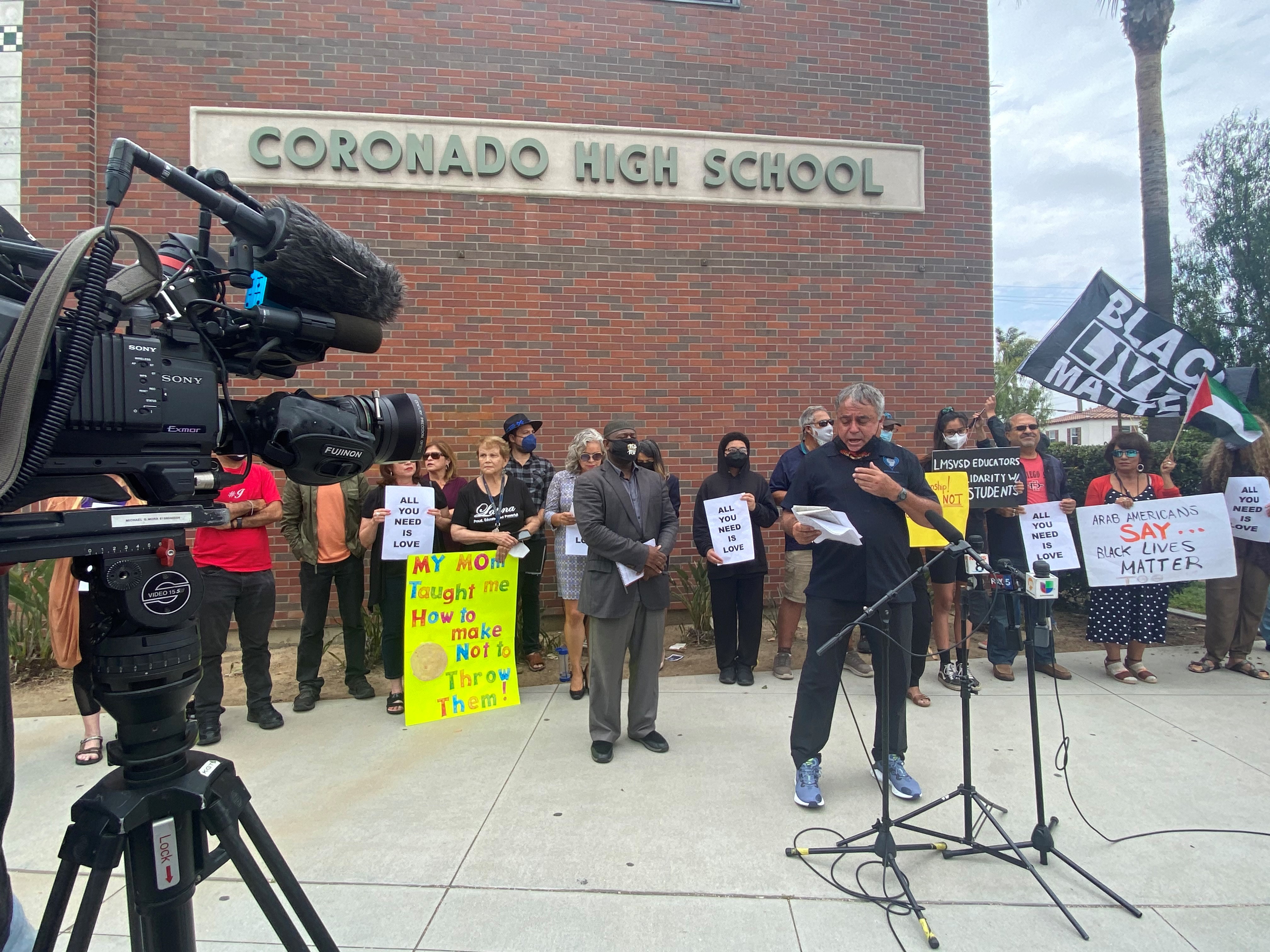 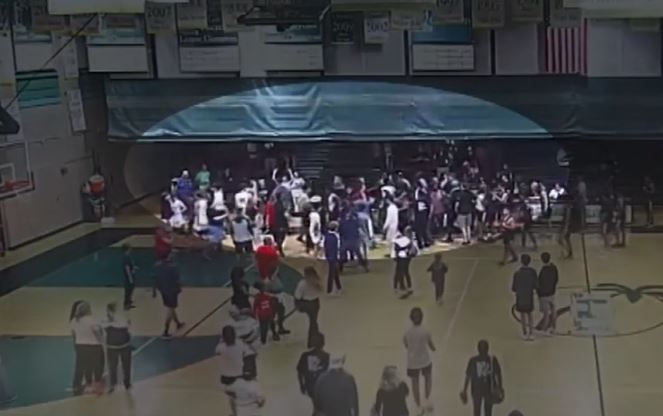 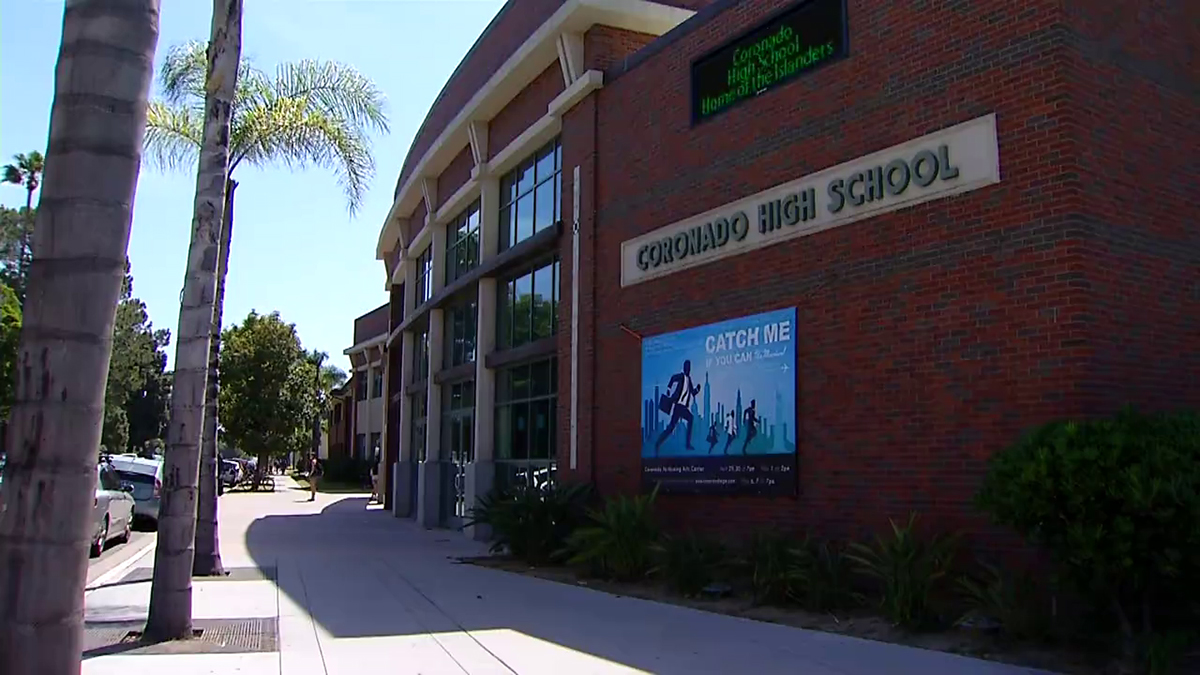 "While consequences are warranted for such an egregious action as throwing tortillas at a predominantly Latino team and the sanctions below are being levied on the athletic program at Coronado High School, we must all be aware that behavior does not normally change with sanctions alone. The path towards real change comes with the development of empathy for those who are on the receiving end of this type of degrading and demeaning behavior, no matter the proffered intent of that behavior," the CIF said.

The CIF also recommends administrators at both schools work together to offer restorative justice opportunities for students and to get involved with joint community service projects.

Community activists and others have called for Coronado to forfeit the game, but the district has announced they don't plan to do so. NBC 7's Amber Frias has more.

The Coronado Unified School District released a statement following the CIF's decision, which read in part, "We are currently reviewing the decision and will evaluate a possible appeal. We have also retained an outside investigator to thoroughly review the incident, which will guide any additional corrective actions. Whatever actions we take to address this matter, this incident and the CIF decision have served as clear reminders of the importance of sportsmanship and respectful conduct toward one another."

The tortilla throwing overshadowed a hard-fought game between the two schools on June 19, and shined a spotlight on the mostly white upscale island community of Coronado, and Escondido's Orange Glen High School, of which around 80% of its student body is Latino.

In the days following the incident, the CUSD board voted unanimously to fire CHS head basketball coach J.D. Laaperi. Last weekend, the district superintendent told the CIF in a letter the district's investigation found no evidence warranting forfeiture of the title.

The two school communities seemed split over the CIF's decision, with both a Coronado High alum and the city's mayor telling NBC 7 the CIF rushed to judgment.

"This is not a racist incident," graduate Paul Lull said. "I don't know how you can implement sanctions before you do a complete investigation. It seems like elected officials legislated this whole result, not testimony from people who were at the game and were involved in what happened.

"Often times the truth is nuanced. This is certainly unsportsmanlike conduct, this certainly has some racial insensitivities there, but that doesn't necessarily mean this was a racist act," Bailey said. "And I think those are two very important distinctions."

NBC 7's Melissa Adan has the latest community reaction from the meeting.

Meanwhile, Orange Glen parents appeared relieved by the decision to strip Coronado of its title.

"I was a little skeptical they would go as far as they did so we're grateful," parent Mickey Chew said. "But the goal all along has been to fight the good fight here and try and achieve justice, and try and send a message to people who would try to perpetrate racist action against these high school athletes. We want to protect future high school athletes from ever having to go through the stuff again."

"Our young people know what the deal is and what's happening, and they also have incredible solutions on anti-hate or anti-racism," Ellen Nash, Chair of the HRC said.

The county's human relations committee heard from speakers on Monday who said they were "seriously disturbed" by what they called "hate incidents," reports NBC 7's Omari Fleming.

The HRC thinks creating a youth board is the first step in bringing young people to the table to lead the charge in eliminated school-to-school or student-to-student prejudice and increasing cultural sensitivity.

The group would be made up of students from schools across the county who would collaborate with other youth groups to tackle division.

"What happened inside the gymnasium was a disgrace, embarrassing," Coronado parent Chuck Gossage said. "Frankly, the idea of student leadership, well-represented from all the schools in the San Diego area, I think it's a fabulous idea. Taking away the adult perspective where some of us are potentially jaded over the years, and are really dug into our positions."

A Coronado alum said he brought the tortillas to the game so they could be used as a celebratory prop, but tension between the two sidelines boiled over and the tortillas made it into the hands of at least two Coronado High School players, who hurled them in Orange Glen's direction.

The HRC also voted to send a letter to the CIF demanding accountability and transparency. It expects the letter to go out in the next week. As for the youth advisory board, commission members said it could take months to form.

Over the weekend, the Coronado Unified School District board told the CIF it found no evidence warranting forfeiture of the championship.

How It Happened: The Tortilla-Throwing Incident

After the final buzzer but before the teams from each side shook hands in a post-game tradition, people on the Coronado side threw tortillas at the team from Escondido and – according to Orange Glen’s coaches – told them to get out of their gym.

There was a squabble between coaching staff from both schools. Video widely shared on social media showed at least two Coronado students throwing tortillas into the air toward the other team.

The Coronado school board's letter to the CIF stated that its investigation of the incident turned up evidence that showed there was regrettable behavior by both sides.

Mueller said CUSD has no "agenda" and wrote that, "according to multiple witness accounts, audio-video coverage, and personal statements from those involved," it's the district's understanding that "Numerous statements reference the actions of people representing both schools as contributing to somewhat of a 'powder keg' atmosphere." Mueller added that "there are allegations of inappropriate language from CHS and OGHS fans, coaches, and players which vary in who 'started it' or was 'worse' in these interactions."

Both groups behaved in ways that are not consistent with the CIF's code of ethics, the Coronado district's investigation determined, with the letter stating that the tortillas were thrown after "adults around the scorers' table, representing both OGHS and CHS, escalated tensions by using profanities and insults instead of modeling good sportsmanship."

Mueller went on to write that the throwing of the tortillas "caused offense and subjected our guests and Coronado residents present to feelings related to discrimination" and that the honorable thing to do following such an incident is to apologize, which he does: "I was and am deeply sorry."

Mueller said the district was working to organize time for the two teams to come together and "reconcile through a lens of understanding."

"We will be a better and stronger school community through our willingness to reflect and grow with humility," he said.

Laaperi said on social media before his firing that a community member brought the tortillas to the game and that the incident was “unacceptable and racist in nature” and he did not condone it.

NBC 7 learned that a Coronado alum, Luke Serna, announced that he had brought the tortillas to the game and denied that doing so had a racist component.

He maintained that he was evoking a tradition at UC Santa Barbara, which he also attended. People familiar with the practice of tortilla tossing at sporting events, however, say the intent is often to distract during games, not as a celebration after a victory, though a search of the Internet did turn up results describing people throwing tortillas after the UC Santa Barbara Gauchos scored a goal.