One person was arrested after nearly a dozen brush fires erupted near the Otay River in Chula Vista on Sunday.

Ramon Guevara, 49, was arrested for suspected arson in at least one fire near the Otay River and are investigating his possible connection to nine other fires that sparked in the same area, the San Diego Police Department confirmed.

The first fire was reported at about 10:40 a.m. near the intersection of Beyer Way and Main Street in Chula Vista. When the San Diego Fire-Department arrived on scene, they found 10 brush fires near a homeless encampment. 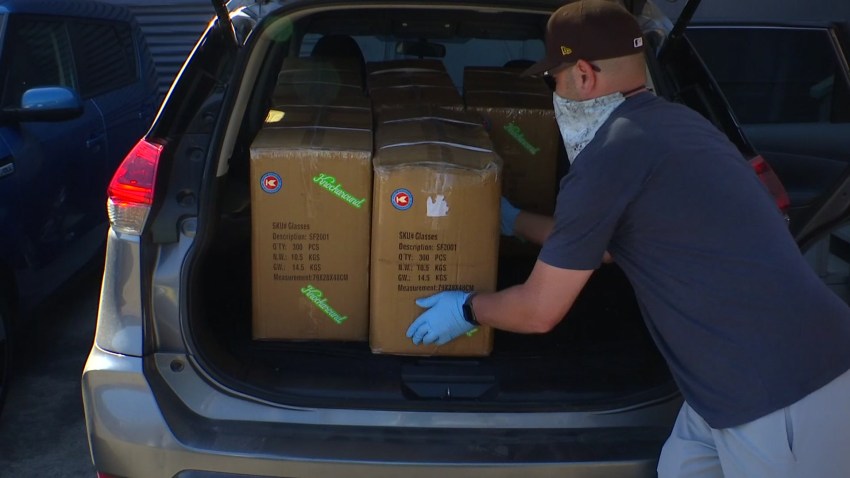 city of san diego 8 hours ago

The fires burned three acres combined, the CVFD said.  They were considered suspicious.

“Anytime when you have more than one fire starting at the same time it starts being real suspicious,” said SDFD Chief Kelly Zombro.

The Chula Vista Police Department closed off 4th Avenue between Palm Avenue and Main Street while they worked to contained the blazes.

SDFD and CVFD were able to stop the fires within a couple of hours and they never threatened any structures in the area. Still, the fires were concerning to residents.

"It's very upsetting because it puts lives on the line. I have my grandkids with me so the fire really concerned me," resident Lupita Munoz told NBC 7.

It was the third day firefighters were called to the same area for a report of small brush fires.

Fire crews stayed at the location through the night, mopping up and making sure the fires don't reignite.

Over $50,000 worth of resources have been used this weekend to put out the multiple fires in the area, a battalion chief said.