Anthony's Fish Grotto in Downtown Set to Close After 70 Years

As the sun sets on Anthony’s Fish Grotto for close to the last time, it seems everyone in the restaurant has a favorite dish and everyone has a story.

Tom Duffy's favorite thing to order is the red clam chowder. He has been dining at Anthony’s for the last 57 years.

“We actually came here to celebrate Neil Armstrong stepping on the moon,” he tells NBC 7. Sunday evening he ate dinner there with his children and grandchildren. 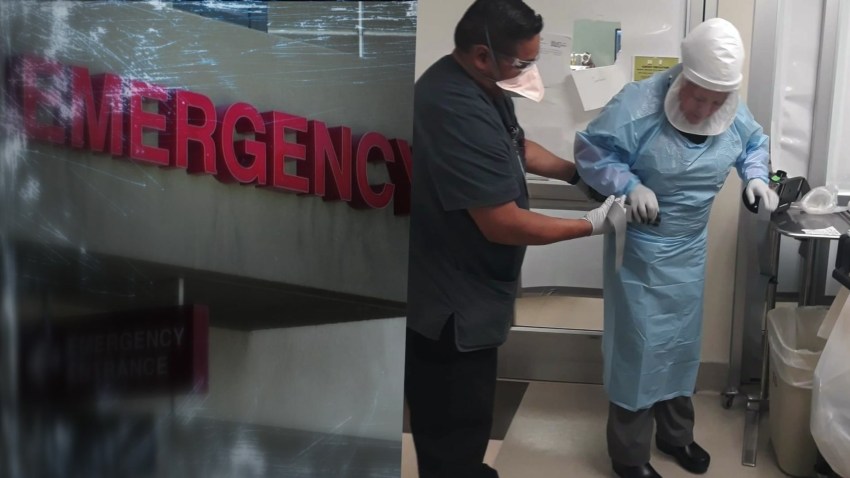 Craig Ghio, whose family has been running the business since his grandmother started the restaurant 70 years ago, spent the afternoon making rounds and talking to customers.

“He says I come in here every July 9th and I have a bottle of champagne and steak and lobster,” Ghio explains, “and I said ‘well what are you celebrating?’ He says that's the day my divorce was finalized.”

While Sunday’s patrons were disappointed they stayed upbeat.

“This is a part of history for San Diego,” a patron says. “It's a landmark for most of the people in San Diego.”

“I think it's kind of like an Italian [or] Irish wake,” Ghio muses. “Let’s knock back a few. Let's have a party. Let's talk about the good times. Yet at the same time we know there’s an air of sadness in the whole thing.”

“His grandmother was a lady -- when she walked into our deli we had to show her a lot of respect,” laughs Benny Brunetto of Mona Lisa Italian Foods in Little Italy.

As Ghio points out, 70 years in the restaurant business, by today's standards, is nearly unthinkable.

When the clock strikes 9:01 p.m. on January 31st Ghio says they’re going to pop open a bottle of champagne for the staff. “We're going to fix food and meals for our staff. We want to celebrate with them.”

There's an old saying: Eat well, laugh often and love much. Whoever came up with it - this is probably what they had in mind.

Anthony’s in La Mesa is still open and Ghio says they are running a special on clam chowder right now. They are donating what they sell to charity, and so far have raised $15,000.