Rebecca Zahau, 32, was found dead at the Spreckels Mansion in Coronado on July 13, 2011, in a case shrouded in mystery

A $10 million civil lawsuit claiming Rebecca Zahau’s death was a murder, not a suicide, has been amended to allege new details of how three people conspired to kill her, beating, gagging and strangling Zahau before pushing her off a balcony.

The wrongful death lawsuit, originally filed in July 2013 by Zahau’s family, was amended last month by attorney Keith Greer. On Friday, all attorneys involved in the case met to discuss details and future court dates.

On July 13, 2011, the nude body of Zahau, 32, was found bound and hanging from a balcony at the famous Spreckels Mansion in Coronado. A cryptic message written in black paint was found just outside the second-story room in the house, which read: “She saved him. Can you save her.” 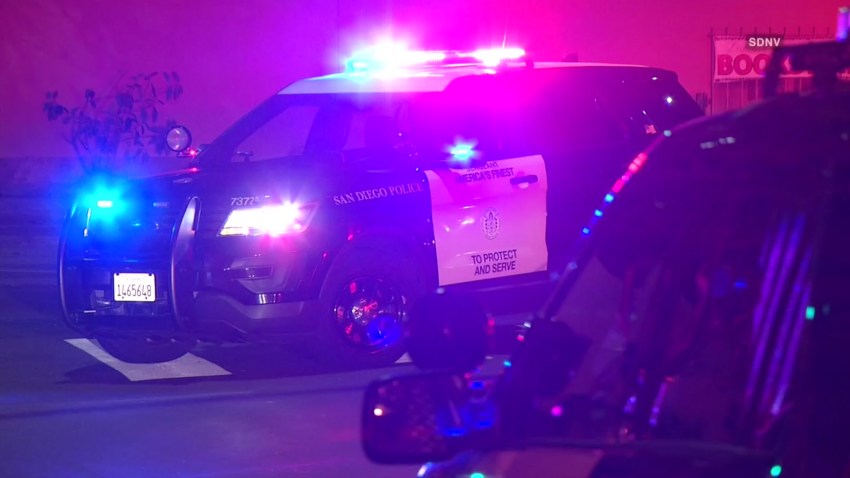 Her death came two days after her boyfriend Jonah Shacknai’s 6-year-old son, Max Shacknai, fatally fell at the home while under Zahau’s watch.

Though the circumstances of Zahau’s death were deemed suspicious at first, homicide investigators with the San Diego County Sheriff’s Department ultimately concluded that Zahau had committed suicide by hanging.

When Sheriff Bill Gore and his detectives revealed the results of their investigation in September 2011, sources told NBC 7 that investigators believed Zahau felt tremendous guilt over Max’s death, leading to her suicide.

Over the past three years, Zahau’s family has been very vocal about the case, refusing to accept the suicide ruling.

In May 2013, the Zahau family and their attorneys filed a lawsuit demanding the case be reopened. While the family didn’t identify potential suspects, they claimed all evidence in the case points to homicide. The family maintained that Zahau did not blame herself for Max’s death and was not suicidal.

The family’s amended civil lawsuit blames three people in connection with the murder of Zahau. This includes her boyfriend’s brother, Adam Shacknai, the last person to see Zahau alive who also found her hanging body and called officials. It also names her boyfriend’s ex, Dina Shacknai, and Dina’s sister, Nina Romano. The lawsuit details how they allegedly killed Zahau.

“On or around the morning of July 13, 2011, defendants Adam, Dina and Nina, and each of them, conspired to plan, and did in fact, enter into a common scheme of conduct with the intent to murder Rebecca in Coronado, California,” the lawsuit states.

The document goes on to claim that the trio struck Zahau “on the head multiple times with a blunt instrument,” physically restrained her, gagged her, bound her and strangled her “to the point of unconsciousness or death.”

The lawsuit alleges the defendants then placed a rope noose around Zahau’s neck, tied the other end of the rope to a bed, carried Zahau to the balcony of the bedroom and pushed her over the railing.

“During the course of the conspiracy to murder Rebecca, each of the defendants also kept watch to avoid detection and removed evidence of the acts which they committed, including wiping down objects they had touched in order to remove DNA and fingerprints,” the document states.

It continues: “As a further ploy to cover up their wrongdoing, and in furtherance of their common scheme, defendants painted the following words on the inside of the door near the balcony where she was left hanging: She saved him. Can you save her.”

The amended lawsuit claims Dina and Nina “aggressively confronted” Zahau on July 12, 2011, at the Coronado mansion about Max’s deadly fall.

Zahau tried to run away, the document claims, but before she could run Dina and Nina allegedly struck her four times on the back of the head with a blunt object, rendering her unconscious.

The Zahau family believes that at this time, Adam – who was sleeping in the guest house at the mansion – woke up and walked in on the scene. The trio then allegedly conspired to kill Zahau and cover it up. The lawsuit claims the women killed Zahau and ordered Adam to write the cryptic message on the door.

The document mentions Max’s death as a possible motive for the murder, as well Dina’s alleged jealously of Zahau’s relationship with Jonah Shacknai. It also claims the defendants were motivated to kill Zahau “in order to keep her from disclosing matters that could prove extremely embarrassing to the
defendants and their families.”

In a document filed by Dina’s attorneys, she dismisses the amended complaint, saying she cannot be held liable for Zahau’s death.

The document from Dina’s camp calls the Zahau family’s allegations “salacious,” as well as ambiguous and confusing.

The document goes on to call the plaintiff’s allegations “meaningless to a properly alleged conspiracy claim” and adds that the new claims “directly contradict the Coroner and is not plausible when applying common sense and context of this being the plaintiff’s fifth attempt to prepare an adequate complaint.”