An internal affairs investigation has been launched by the San Diego Police Department after two officers were captured on camera repeatedly striking a man just after he was taken down in an effort to detain him in the middle of a major intersection in La Jolla.

San Diego County resident Nicole Bansal was in her car trying to make a left turn near the intersection of La Jolla Village Drive and Torrey Pines Road at about 9 a.m. Wednesday when she said she saw a police cruiser pass by and pull over. After seeing two officers quickly exit the vehicle and approach a man, Bansal began recording the interaction between them on her cell phone. 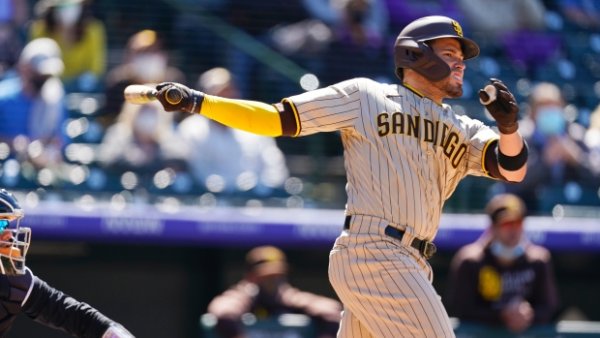 An internal affairs investigation has been launched by the San Diego Police Department after two officers were captured on camera repeatedly striking a man just after he was taken down in an effort to detain him in the middle of a major intersection in La Jolla.

The video begins with one officer’s hands on the man, who was later identified as 34-year-old Jesse Evans, then escalates in a matter of seconds when a second officer rushes toward him.

A struggle ensues as officers attempt to take the man down to the ground and shortly after he is pulled down, that second officer who rushed toward him begins to punch the man in the head at least three times while both authorities are on top of him.

In turn, Evans is seen swatting at the policeman at least twice.

Officers are heard yelling at him to “stop resisting” and ordering the man to “put your hands behind your back” while they are holding the man down on the ground.

Just before two more officers arrive at the scene, the first two policemen, who are still above the man, strike him several times and again tell him to “stop resisting” as he remains on the ground.

San Diego police’s Internal Affairs Unit is investigating after video of a rough arrest involving two officers repeatedly striking a man that was already taken down was posted to social media.

After two responding officers arrive to the scene, another patrol unit arrives and, at this point of the video, blocks the witness’ view of the man and police crew. Another police cruiser responds to the scene and Bansal can be heard saying there are “eight cops and four cop cars” at the intersection now.

The nearly four-minute long video comes to an end just after an ambulance arrives at the scene.

Bansal told NBC 7 that Evans is known to the community and described him as an unhoused neighbor who “doesn’t bother anyone.”

“I just see him out and about pretty regularly multiple times a week, if not every day,” she said.

“He doesn’t bother anyone. He just keeps to himself,” Bansal continued. “He’s out on his walk and he sometimes talks to himself but no, I’ve never seen him interact with anyone.”

The La Jolla resident said the man often wears an orange life vest, making it easy to recognize him when he’s out and about.

“He’s very recognizable so when you see him, you know you’ve seen him,” Bansal told NBC 7.

So when she saw police officers quickly exit their vehicle and approach the man, she began to record them on her cellphone.

“When I saw who it was, immediately my reaction was that this man doesn’t do anything,” she said. “What reason could they have to just jump out of their cars and immediately they were ready to arrest him? So I had to start videoing.”

Bansal said that the number of officers who responded to the man was “absurd to me for one unhoused person.”

“I think it was excessive force,” she said. “There was absolutely no need to go about punching him and taking him down like that.”

SDPD said in a statement that it is “aware of the cell phone video” and that its Internal Affairs Unit is investigating the matter as well as reviewing body-worn camera video.

It added that Evans was taken to a nearby hospital then later released.

He faces charges that include three counts of resisting an executive officer, three counts of assault and battery and one count of maliciously interfering with the transmission of a communication over a public safety radio. Evans has since been booked into County Jail.

In response to the video, the NAACP’s San Diego branch issued a statement Wednesday on the “brutal handling of a member of our community.”

“We are deeply saddened and angered to see the San Diego Police Department act with such violence against someone who presented no apparent risk to anyone,” the statement said.

“To yell ‘stop resisting’ and to continually punch and slap this man was clearly not conducive to calming the situation,” the civil rights organization continued in its statement. “The SDPD has a de-escalation policy that requires you to use time and space to defuse a situation, rather than immediately move to force. It seems to us that there was ample space to de-escalate. Why didn’t they?”

Father Joe's Villages also released a statement saying it was "deeply troubled" by the contents of the video and added that it highlights a "clear illustration of several broken systems."

"From the failure to provide the basic dignity of public restrooms to the urgent need for a more compassionate, effective, and comprehensive response to those suffering from mental illness, San Diego can and must do better," the non-profit organization stated. "In the meantime, this individual and thousands of others experiencing homelessness are paying the price. We trust that a thorough investigation of this incident will be conducted and we will look to see the results."

SDPD did not identify the two officers who initially approached the man. It also did not release the name of the man in the video.

It is unclear what, if any, consequences the officers may face.