In the last election, 3 out of 4 San Diego city voters approved Measure B, creating a new independent commission to investigate public complaints about police officers. But advocates of the measure fear it’s starting off on the wrong foot

In the 2020 election, San Diego voters overwhelmingly agreed: greater trust and transparency with the San Diego Police Department is a priority.

To this day, calls for police accountability are sweeping the nation after several high-profile police shootings and in-custody deaths, including this week’s conviction of former Minneapolis officer Derek Chauvin for the murder of George Floyd last year.

SDPD hasn’t been left out of the conversation.

That’s why supporters of Measure B placed a bet that the November election was the right time for a change, calling for stronger accountability and transparency with city police.

The bet paid off. Three out of four city voters approved Measure B, establishing an independent body that would investigate “officer involved shootings and in-custody deaths, and other significant incidents.”

The public got its first glimpse of the fruits of that labor last week when Mayor Todd Gloria released his proposed budget, which detailed how the new commission would be funded and staffed.

On Monday, the City Council is scheduled to vote on the ordinance that will formally establish the commission, as well as appoint its interim executive director and adopt its interim standard operating procedures.

But those who were behind the proposal to create the independent Commission on Police Practices fear the funding and staffing for the new commission may fall short of what is needed, and that past oversights -- specifically when it comes to thoroughly investigating officers’ actions -- could be repeated.

An attorney who helped draft Measure B also fears the police officer’s union could be influencing the Commission’s creation -- an allegation the union’s president denies.

The Commission on Police Practices is essentially replacing the Community Review Board on Police Practices, which was made up of volunteers and, according to critics, lacked the power to rigorously, and most importantly, independently investigate public complaints.

The previous board did not have its own investigators, meaning it relied on the police department's internal affairs team to review possible police misconduct. It also didn't have the power to subpoena evidence, and the board shared an attorney with the police department it was tasked with reviewing.

Voters changed that by passing Measure B, and now the city is working to get the commission off the ground and running.

Fears That The Commission’s Budget Is Too Small

According to Gloria’s proposed $4.6 billion budget citywide, the Commission on Police Practices is allotted $1.14 million, covering full-time salaries for five employees and an Executive Director. (You can read the budget proposal for the commission here.)

Paid employees would include a General Counsel for the commission, Administrative Aides, and Assistants among others.

More than half of the Commission’s proposed budget -- 58% -- is earmarked for personnel salaries, while nearly 40% is designated for “contracts.”

One important asset that is not named in the budget proposal is forensic investigators, Attorney Dennis Dawson pointed out to NBC 7 Investigates. It’s unclear if the budgeted contracts would include investigators, and that’s what has left Dawson worried the commission is off to a rough start.

“I think it’s crucial to start off being adequately funded so that you can do the job that the will of the voters insisted that you do,” Dawson said.

Dawson is an attorney with an extensive resume. Now in private practice, Dawson served as a Deputy Attorney General for the state for more than 34 years. He also founded and served as a former president for the Earl B. Gilliam Black Bar Association.

With that experience, Dawson knows the level of resources that go into these kinds of investigations. And that’s why Dawson fears the budget proposal is not enough.

“To have just north of just $1 million for the review process raises concerns about the efficiency and the effectiveness of what this new commission on police practices is actually going to be able to accomplish,” Dawson said. “And if you’re going to be effective you should fund it now instead of waiting until later.”

When asked about concerns over the proposed budget for the newly established commission, Mayor Todd Gloria told NBC 7 Senior Political Reporter Priya Sridhar on Thursday he recognizes the urgent concern and that “a lot of this stuff takes time.”

“I’m actually moving right now to speed up the civil service process to make sure we create those positions now before they’ve been funded,” Gloria said.

There’s also the question of the commission’s overall independence. Commissioners could make recommendations on officer discipline, but Dawson said it’s up to the city’s Police Chief and San Diego County District Attorney to make the final call.

With the budget approval process accepting public comment through the next month, Dawson said now is a time where the public needs to make their voices heard.

“I hope people will comment to their council members,” Dawson said. “There’s no question it’s a good start to have a review board that has subpoena authority, independent investigations and independent attorneys. But that costs money.”

Others behind the commission’s creation aren’t as worried about the budget as they are with getting the commission working in the first place.

The attorney who helped draft the ballot measure paving the way for the new commission, Andrea St. Julian, co-chair of the group San Diegans for Justice, told NBC 7 she's fine with the budget but she has other apprehensions.

“I am very, very concerned about the amount of time it is taking for the commission to get up and running. And I think that is something everyone should be concerned about,” St. Julian said.

St. Julian points to two recent high-profile officer responses where an independent investigation would shed light for the community.

Last month, San Diego Police Officer Kelly Besker shot a man in the Gaslamp after witnesses reported they had seen the man with a knife. The man was hospitalized and is expected to recover, and the incident, as well as the tactics used by Besker, are under review by several entities.

Then, a viral social media post shared last month claimed to show an officer pointing a gun at a 9-year-old boy after a traffic stop. The post led to outrage from the public online. (SDPD later released body camera footage that they said shows the officer did not point his weapon at the child, but "maintained his aim at the vehicle.")

But without the new commission in place, St. Julian said no independent investigations are moving forward.

St. Julian also fears that the San Diego Police Officers Association (SDPOA) -- the union body representing officers of the force -- is influencing the beginning stages of the commission’s formation. She believes the police union is abusing its right to the mayor's ear and is stalling the rollout.

But SDPOA President Jack Schaeffer said that’s not what is happening.

“Absolutely not. In fact, I was given a timeline that I had nothing to do with, that was like an 18-month timeline that had a “meet and confer” situation written into it and I had no part in producing that thing,” Schaeffer told NBC 7 Investigates.

A draft timeline centered around the steps behind the forming of the commission states a meeting with the union wasn’t scheduled until August 2021. It states that Phase 1 -- or the beginning stage the commission’s creation is currently in -- “does not require a meet and confer with the Peace Officers Association (POA).”

However, in a statement, the mayor's Deputy Chief of Staff Nick Serrano confirms it has already met with the police union about the new commission, but he said that shouldn’t worry anyone.

“The City’s Negotiations Team has met with the Police Officers Association regarding the Independent Commission on Police Practices,” Serrano said by email. “That said, Mayor Gloria has been clear: He will fully and faithfully establish and fund the Commission. He looks forward to Council's actions on Monday to establish the commission, appoint its interim executive director and adopt its interim standard operating procedures.”

Schaeffer points out the “meet and confer” privilege of accessing the mayor’s office is not unique to police, rather it's one exercised by all labor groups.

Meanwhile, St. Julian is looking forward to next week, when the city council is scheduled to vote on the formal ordinance creating the commission -- a first step in building back trust between the police department and the public it serves. A step that she believes the public has been longing for.

“You gotta remember Measure B passed with nearly 75% of the vote. That is almost unheard of. There was not an elected official, there was not a measure or proposition that passed with anywhere near that percentage of the vote,” St Julian said. “The relationship between the San Diego Police Department and the community is more than a little frayed.”

Dawson agrees, adding that this commission will repair that torn relationship.

“This is not an anti-police measure,” Dawson said. “It’s designed to increase the trust between the community and the police.” 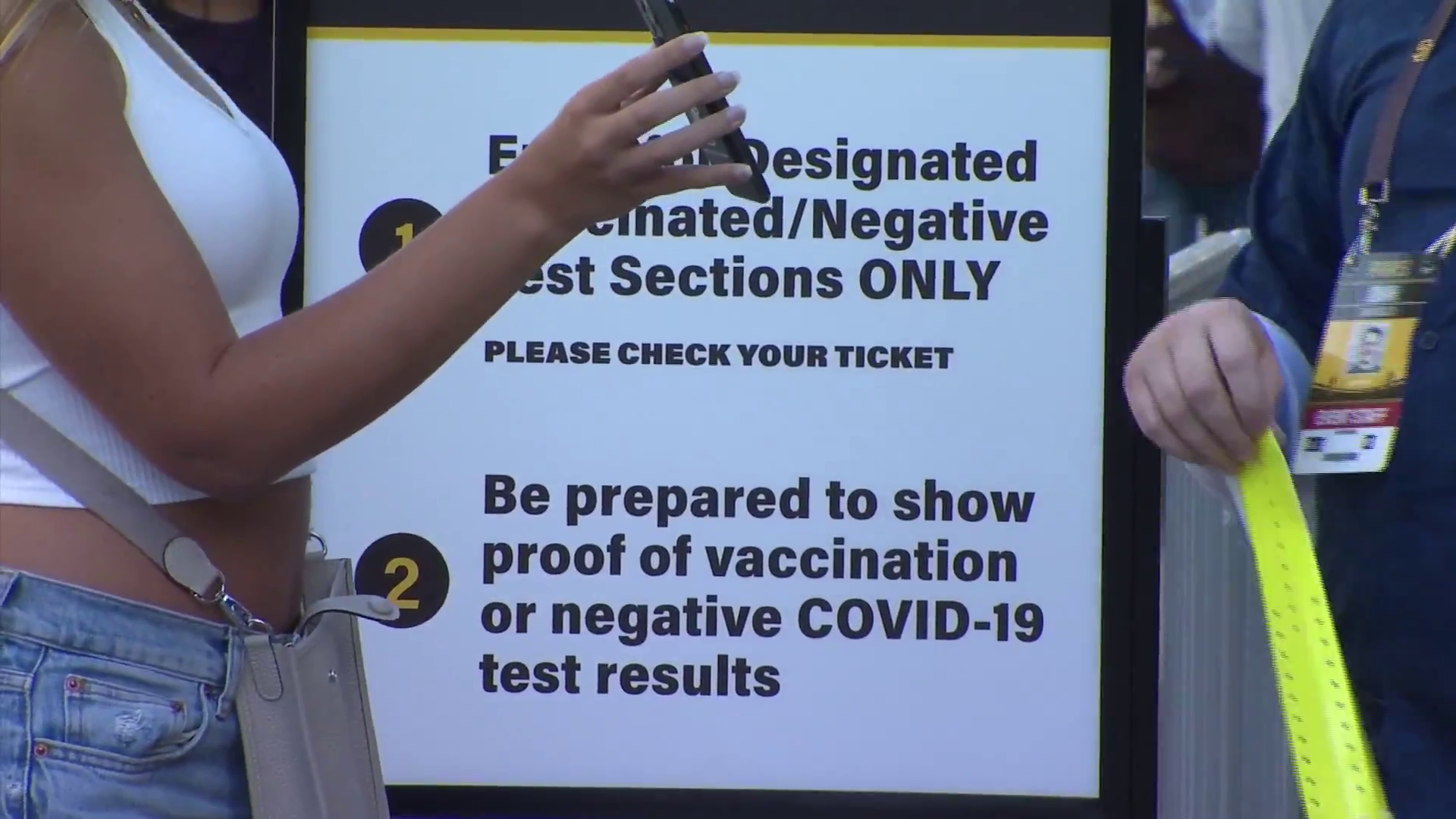 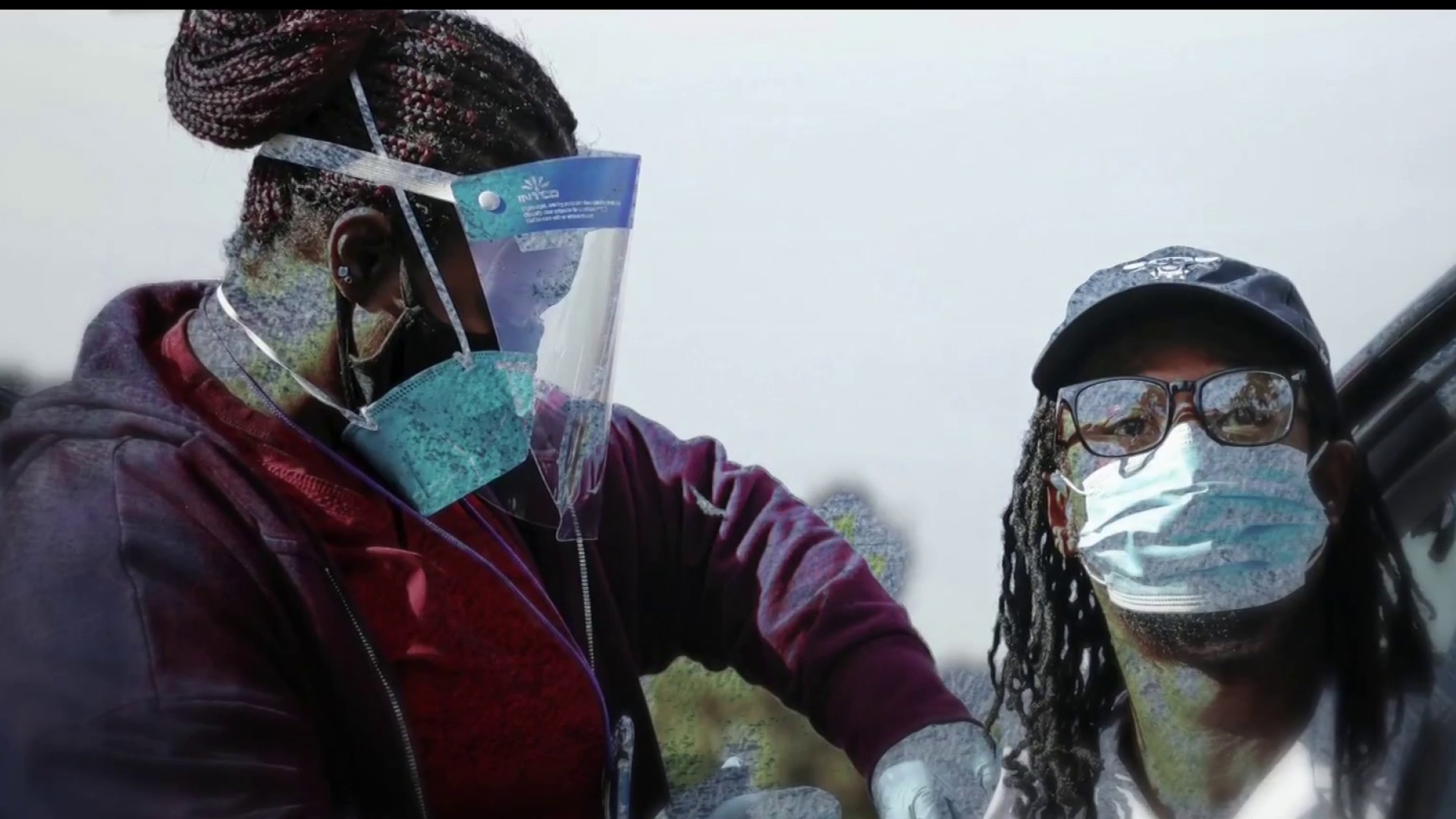