On a recent summer morning, Lynn Hirsch was determined as she packed the back of her gray SUV with 20 aluminum pans of lasagna. The retiree was on a mission: Drive nearly 70 miles from her suburb of Atlanta to two rural Georgia towns and get the hearty dishes into the hands of people who needed them.

It's an increasingly typical mission for volunteers of Lasagna Love — a grassroots nonprofit organization born in San Diego that now boasts 33,000 people across the country who are sharing free lasagnas with Americans struggling with financial and other challenges brought on by the COVID-19 pandemic. The group is one of many charitable initiatives launched during the pandemic to help families counter hunger, and pay for housing costs and other expenses.

In an average week, 69-year-old Hirsch makes and delivers four lasagnas near her Alpharetta, Georgia, home. But this time, she wanted to do something different — help feed those in the Georgia cities of Chatsworth and Dalton who had been requesting meals but couldn’t get them because of a lack of volunteer chefs in their areas. Frustrated by the need, Hirsch and other chefs volunteered to make the meals, which, in part, helped the nonprofit recently surpass its 100,000 lasagna delivery mark.

Meredith Niles, a professor at the University of Vermont who’s been researching the pandemic’s impact on food insecurity, says the nonprofit is “an amazing example of the generosity and ingenuity” that many people have shown to help others during the pandemic. Many of the lasagna meals have provided comfort to Americans facing health challenges, or loneliness during the pandemic. Others were given to parents stressed about managing their children’s schooling from home, or Americans grieving the death of a loved one from the coronavirus.

“If a family feels like they have a need, then we supply a meal,” said Hirsch, who also serves as Lasagna Love’s outreach leader for Georgia and Mississippi. “There’s no questions asked, no judgements made.”

Although more Americans are getting vaccinated and heading back to work, the nonprofit isn’t letting up on its mission of offering a comforting plate of lasagna. It’s transitioning from being COVID-minded to kindness-minded, the organization’s leaders say, and aiming to get additional volunteers so more families can get home-cooked meals. 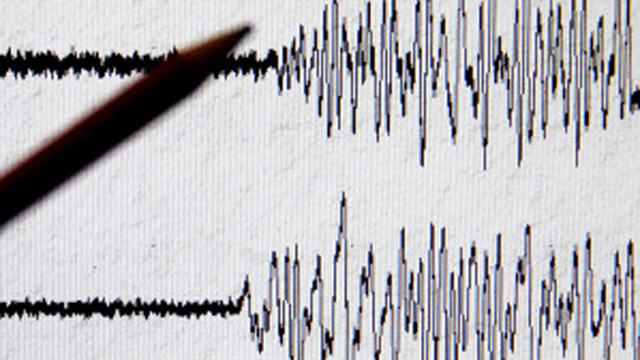 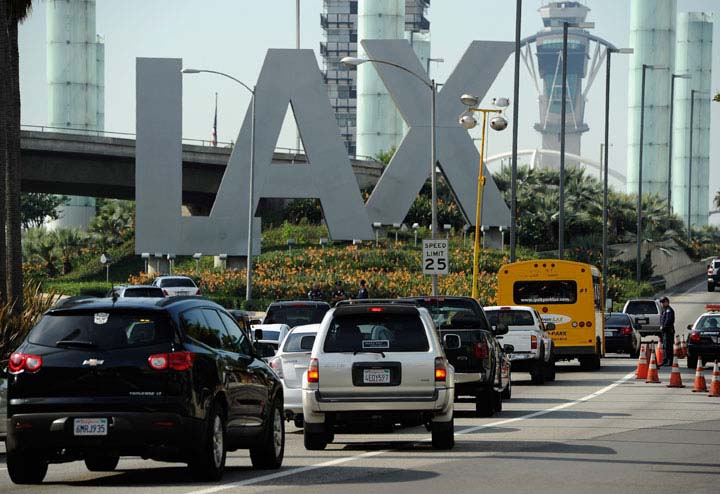 Power Restored at LAX After Outage at Terminals

“We’ve got a lot of people who are going back to work, so they may not need financial assistance,” said Shari DiBrito, Lasagna Love's New Jersey regional director. “But, now they’re overloaded because they’re back to work. Those people just need kindness. They just need a helping hand.”

Lasagna Love’s roots trace back to April 2020 in San Diego. Rhiannon Menn, a 38-year-old mother of three who owns a design and build company, was looking for ways to help her community when the pandemic brought her family’s business to a standstill. There weren’t many in-person volunteering options, so she made seven trays of lasagna and asked on a local Facebook moms group if anybody wanted a meal.

Seven families accepted her offer, and others reached out to ask how they could help. That month, ten people signed up to become volunteers, and then 50 more followed as word spread on social media. By October, Lasagna Love had amassed 500 volunteers — originally called “Lasagna Mamas and Papas” — in nearly a dozen states.

Once a volunteer signs up, they get matched with someone in their area requesting lasagna, including vegan or dairy-free versions of the dish. Menn had settled on the Italian dish because several pans could be made at once in an assembly-line style and the ingredients were easily available. Each volunteer has their own recipe, though, some have begun to offer other meals, like Southern creole dishes, as well as chicken, rice and beans.

Though admirable, experts do note nonprofits alone aren’t able to meet the need that exists: some 13.7 million U.S. households experienced food insecurity in 2019, according to The U.S. Department of Agriculture. What nonprofits can do is fill an important niche by helping people who may not want to get government assistance, or are unable to access it, said Niles, of the University of Vermont. “But the demand continues to outstrip supply in many places," she added.

Lasagna Love registered as a nonprofit in September. Today, the group has volunteers in every state in the country, and it’s getting ready to launch in Canada and Australia, said Andria Larson, the nonprofit’s chief of staff.

Since September, it has received about $2 million in in-kind contributions, including from companies like Pastene and Rao’s Homemade, who each donated about 1,000 boxes of lasagna noodles, canned tomatoes or jars of tomato sauce to volunteers at various events in late July. As a celebration of the 100,000th delivery milestone, Rao's will give each chef across the country a free jar of tomato sauce, Menn said.

The group has also raked in over $200,000 in direct donations, allowing them to reimburse some volunteer chefs for cooking expenses, and hire staff, said Menn. Though, many volunteers are supported by donations from family and friends, or pay for the meals themselves.

The lasagnas have also gone to Americans struggling with challenges unrelated to the pandemic. In Reston, Virginia, Jan Delucien, who has suffered from traumatic brain injury since accidentally slamming her head on her car door four years ago, requested her first lasagna in July after hearing about it in her brain support group meetings. Unable to work, Delucien, 64, has relied on food deliveries from her local Meals on Wheels. The income she receives from social security disability doesn’t allow her to buy much else, Delucien says, so seeing a smiling volunteer with a warm pan of lasagna that tasted good meant much more to her than just a meal.

“It really was a gift of love,” Delucien said, speaking through tears. “It reminded me regardless of fate or anything else, that God is looking out for me. And I believe he uses people to be angels for us. I felt remembered.”

“One meal isn’t going to help a budget,” she added. “But, one special meal can make you feel like you’re not on a budget."

Despite its successes, Lasagna Love is also facing some challenges. Some rural areas and concentrated metro areas have more food requests than chefs, making it difficult for some families to access the meals. This includes areas like northwest Georgia and the Bronx in New York City.

By contrast, chefs outnumber food requests in more affluent suburban areas, which leaves some volunteers with nothing to do. “Having chefs sitting idle is not an accomplishment because we know there are families out there,” DiBrito said, “We beg people to help us spread the word.”

As word has continued to spread, some requests have also come from Americans who aren’t struggling, but simply just want lasagna. For DiBrito, those are some of her favorite requests.