Pierre Cardin, who during his more than seven decades in fashion brought geometric shapes to haute couture and put his name on everything from clothing to furniture to perfume to pens, died Tuesday. He was 98.

"The members of the Academy of Fine Arts announce with great sadness the death of their fellow member Pierre Cardin," the elite French arts group tweeted.

Cardin died in a hospital in Neuilly in the west of Paris, his family told Agence France-Presse.

"It is a day of great sadness for all our family. Pierre Cardin is no more," the family said in a statement. "We are all proud of his tenacious ambition and the daring he has shown throughout his life." 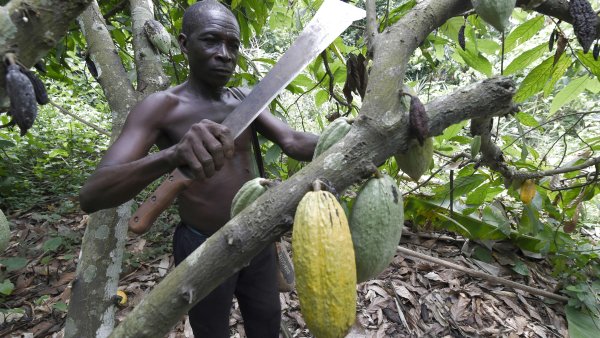 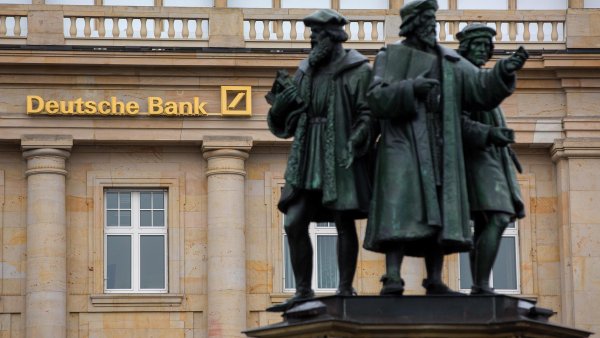 Cardin went from the world of bespoke high fashion for private clients to ready-to-wear designs for the masses.

"They said pret-a-porter will kill your name, and it saved me," Cardin once said.

The son of a wealthy wine merchant, Cardin was born near Venice on July 2, 1922. He and his family moved from Fascist Italy to France when he was 2.

Cardin was only 14 when he started as a tailor's apprentice. At 23, he moved to Paris, studying architecture and working with the Paquin fashion house and later with Elsa Schiaparelli. In the French capital, he met the film director Jean Cocteau and helped design masks and costumes for the 1946 film "La Belle et La Bete."

He moved to Christian Dior in 1946, working as a pattern cutter on the feminine "New Look" fashion of post-World War II. Four years later, he opened his own fashion house, designing costumes for theater.

In 1953, he presented his first women's collection and the following year, he founded his first ladies boutique, Eve, and unveiled the bubble dress. The garment, a loose-fitting dress that gathers at the waist and hem and balloons at the thighs, won international acclaim. Soon, his fashions were being worn by such bold-face names as Eva Peron, Rita Hayworth, Elizabeth Taylor, Brigitte Bardot, Jeanne Moreau, Mia Farrow and Jacqueline Kennedy.

In 1957, he traveled to Japan, becoming one of the first European designers to explore Asian influences. He later was a pioneer in getting China to break out of its drab, militaristic Mao Zedong look.

Also in 1957, he opened another Paris boutique, this time for men and called Adam, and featuring colorful ties and printed shirts. He later made the iconic collarless suits for The Beatles and helped dress such clients as Gregory Peck, Rex Harrison and Mick Jagger.

"Before me, no designer made clothes for men, only tailors did," Cardin said in a 2009 interview posted by Agence France-Presse. "Today the image of designers is more focused on men than on women, right or wrong. So I was right 40, 50 years ago."

In 1959, he shocked the fashion world by presenting a ready-to-wear show at a department store, Printemps in Paris. Following the show, he was expelled from the elite Chambre Syndicale, the French association of haute couture designers. (He was later reinstated.)

Over-the-top fashions from out of this world

With the advent of U.S.-Russia space race in the late 1950s and '60s, he launched the "Cosmocorps" collection — over-the-top unisex fashions from out of this world. His Space Age look included helmets, google, tunics and thigh-high boots.

"My favorite garment is the one I invent for a life that does not yet exist, the world of tomorrow," he said.

Or as he put it in the 2009 interview with AFP: "Fashion and design are not the same. Fashion is what you can wear. Design can be unpleasant and unpopular but it's creative. So design is where the real value lies."

By the 1970s, he became a pioneer in branding, putting his name on practically everything, including cars — American Motors Corp.'s Cardin AMX Javelin starting in 1971 — perfume, pens, cigarettes, even sardines. He was dubbed a "branding visionary" by The New York Times, which noted in a 2002 piece that some 800 products bearing his name were being sold in more than 140 countries, bringing in $1 billion a year.

In 1981, he bought one of Paris' best-known names, Maxim's restaurant, reportedly for more than $20 million.

"I've done it all! I even have my own water! I'll do perfumes, sardines. Why not? During the war, I would have rather smelled the scent of sardines than of perfume. If someone asked me to do toilet paper, I'd do it. Why not?" he said in the 2002 interview with the Times.

He loved to use geometric and weird designs. He developed a fabric, Cardine, for embossing abstract shapes on garments. One of his residences was the Palais Bulles (Bubble Palace), a bizarre collection of circular structures — a la "The Flintstones" meet "The Jetsons" — overlooking the Mediterranean near Cannes.

He also owned and restored Marquis de Sade's castle in Provence, where he hosted concerts and opera performances. "Cardin has perfect pitch of the eye," Architectural Digest said in a 2007 story about the restoration of the chateau, originally built in the 15th century.

Cardin, despite being gay, had a five-year affair with Moreau, "queen of the French New Wave cinema." During the affair, he maintained a relationship with his longtime artistic director and life partner, Andre Oliver, according to The Hollywood Reporter. Oliver died in 1993.

"In 2069, we will all walk on the moon or Mars wearing my 'Cosmocorps' ensembles. Women will wear Plexiglas cloche hats and tube clothing. Men will wear elliptical pants and kinetic tunics."