Amazon, Walmart, Target Are Paying for College, But Money Isn't Everything in Education

Amazon, Walmart, Target and McDonald's are among the companies now offering various ways for their employees to obtain an education for free. It's not a new idea in the world of employee benefits — employer-sponsored education has a history that goes back decades. But the education programs for low-wage workers are receiving more focus as the companies promote them in tight labor market, and that inevitably has led to skepticism about who benefits more: employer or employee?

Claims of lesser online degrees and a timeline to degree completion that will tie an employee to a low-wage job for years — if they even stick with the learning — are easy to make.

"They're doing this because it sounds great and it's cheap – almost no one can use them, they are all online/cut rate degree programs," said Peter Cappelli, director of Wharton's Center for Human Resources. 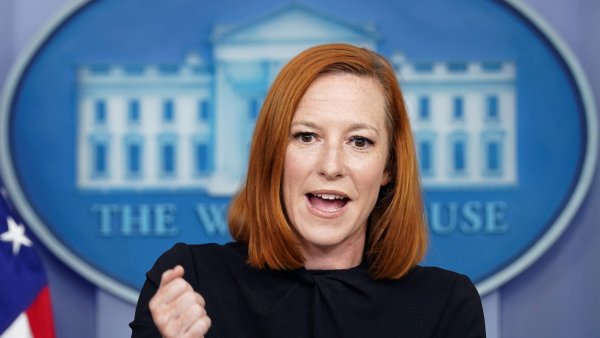 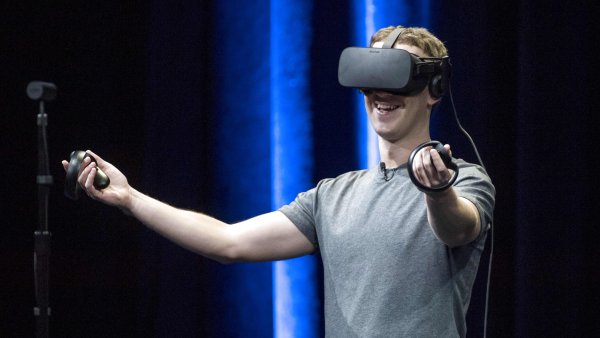 Some of the earlier, successful efforts in the employer-sponsored education market were locally-based and included in-person education. As more programs migrate to nationally scaled online degrees, inherent challenges in that learning model will be tested. It is an efficient model for employers and education leaders, and it holds promise, but it remains unproven on a large scale.

"We don't know much about the value of these programs to workers," said Iris Palmer, a senior advisor for higher education and workforce with the education policy program at New America. "We don't have great data."

Among Palmer's concerns: it is a good messaging vehicle for companies right now, and an easier and cheaper way to recruit than continually increasing wages or improving jobs. "In a world where there is increased worker power and labor power, it's a way to change the subject, say 'it is a transitional job' and helping people move up," she said.

It can reduce regulatory and public opinion pressure on the companies, which is valuable to them, and as a result, Palmer says it is appropriate to approach these programs with skepticism. But education experts also say knee-jerk skepticism about the companies' motivation won't ultimately help employees. The goal should be to increase participation in these programs and that requires understanding the reasons why so many adult learners don't go back to school, and even if they do, don't complete degrees.

One finding that has been consistent in the history of employer-sponsored education — participation rates are low.

Wharton's Cappelli said the limited historical data on these programs showed that they did attract better candidates and people stayed longer with employers. But that was a minority of workers. "Works for the companies, but in the past, employers never made use of them," he said.

Part of the problem was the use of tuition reimbursement rather than upfront payment by employers, a lesson that the big companies have learned and are addressing through debt-free, 100% education payment.

But money is not the only hurdle. The gulf between what employers think explains low participation — that many employees are not interested in going back to school — and the reality from the employee lens, is large. One consistent finding, according to Sallie Glickman, co-founder and interim CEO of The Graduate! Network, is lack of awareness among employees.

"Even in the most well-meaning places, companies that sincerely want people to know, it turns out they don't," Glickman said. "It is always startling to us how few employees really know about the programs. You and I know more about these programs than the vast majority of front-line workers."

Marketing these programs within a company is hard, and even when companies designate internal "ambassadors" for these programs, typically managers, it is hard for them to know which employees are interested and many companies do not include this topic as part of an employee review process, which is a structural problem.

Chipotle learned firsthand how important awareness of the benefits among its managers is to increasing employee participation. For companies wondering why uptake is so low, "the unlock has to be the leader," Andrada said.

Across its 3,000 restaurants, Chipotle general mangers are made fully aware of the importance of communicating this benefit to employees "No matter how much advertising you may do externally, the most important is internally," Andrada said. It can't just be "let's reach out to the benefits team."

More employers including Chipotle are working through platforms like Guild Education, which sits between employers and educational institutions and offers coaching and support to students who enroll through their jobs. The advice component is important for many employees unsure how education can fit their life and interests, says Andrada, who completed a Master's degree as part of an employer-sponsored benefit program. "I wish I had that," she added.

The hurdles to reenrolling in school are higher across the board for many people in lower-wage jobs, who are often less academically prepared, more accustomed to inequitable education outcomes, and in a life situation where schooling competes with family responsibilities.

"The individual who is just not sure they belong or had some bad experiences, there's just more reasons," Glickman said. "People don't wake up and say their aspiration for life is to be a minimum wage worker at 30."

"Going back to work and school at the same time is very hard. It involves sacrifice, time management, opportunity cost, and more," said Rachel Carlson, Guild Education co-founder and CEO. For companies wondering why utilization among employees isn't higher, they need to reframe the question, she said. "Have you helped make it more accessible, more feasible, and more supportive for them to do so? Or better yet, are you enrolled in the education program yourself as a leader?"

McDonald's and a Louisiana franchisee

In August, McDonald's Archways to Opportunity program expanded an existing educational partnership with Colorado Technical University to offer 100% tuition and fees payment for any Associates or Bachelor's degree programs. McDonald's says since its inception in 2015, the program has awarded $125 million in tuition assistance. But like many employer-sponsored education benefits, overall participation is relatively low — a McDonald's franchisee with less than 10% participation is considered a success by education experts.

MacLaff, a McDonald's franchisee in Lafayette, Louisiana, is at the high-end of what's been accomplished, with employee participation that continues to rise. Charletta Thomas, the training supervisor at MacLaff, went back to college as an adult learner and has gone on to earn her Master's degree in business administration this year, an experience which she said helped her to understand what other employees would experience in seeking education. She says fear is a big factor among employees that keeps them from returning to school. "Fear of doing it, just to start, both dropouts and those who never went beyond high school."

Since 2018, MacLaff has doubled the number of McDonald's it owns and Thomas, who oversees training for 2,500 employees across 45 locations said now there are two to five employees in each restaurant who are enrolled. In previous years, "if we had 20 people in the program, that was a lot. One per store."

A survey of 400 MacLaff employees found that beyond financial aid, flexible schedules, study breaks at work and career advice were among the primary reasons cited by employees for going back to school. While Colorado Technical University — which comes from the private for-profit education sector which has attracted scrutiny — offers an online program designed for McDonald's employees nationally, MacLaff has found success in partnering with local institutions, including community colleges, such as Southern Louisiana Community College, which has offered employees $500 a semester in financial assistance, for up to four semesters, on top of what McDondald's pays.

"You have to make this a top priority, not only for staff but the whole community," Thomas said. "Many individuals who have gone through the education program have become promotable and retention is higher too. That's what we are getting recognized for."

Chipotle says 85% of workers using its education benefits hold front-line jobs and they are 7.5x more likely to move into a management role and the employee retention rate is 3.5x higher among students.

"I think the most important thing employers can do to increase participation in education benefits programs is to consistently reinforce the value of the programs and make them an integral part of the workplace culture," said Andre Breaux, vice president of policy initiatives and government affairs at One Acadiana, a Louisiana economic and urban development group.

Providing space at work for education and time in the work schedule are as important as financial resources and Palmer noted that Walmart has designed workspaces for front-line employees to do academic studies and connect with peers in school, and that does, she said, make the education benefit more "sticky."

Walmart says it has seen steady growth in its Live Better U program. Since launching in 2018, more than 56,000 associates have participated, and a recent study by the private Lumina Foundation concluded the program was making progress among Walmart associates across ethnic and racial lines, and in terms of achieving education outcomes, retaining employees and promoting them.

Thinking beyond the two- and four-year degree

At Chipotle, the "next pivot," according to Andrada, is more focus on employees who don't want to commit to a two- or four-year degree. Other upskilling pathways to receive certification for technology jobs or other business functions has to be part of the plan.

"That's the longer term vision I have," she said. "I think about population growth and employees driving the employer proposition these days. How do we look at existing talent and build that bridge to future opportunities; future talent in tech or supply chain or IT, it is probably in restaurants," she said. "That's the next level and depending on the position may not require a four-year degree."

The need to attract new workers and keep workers for longer is a significant driver to make these programs work. In retail, and in hospitality, companies are spending large sums to recruit, not just for cashiers and customer service, but for the business side of their work, back office and logistics. "There is an enormous disconnect because no one knows who pushing a cart today will become a computer programmer," Glickman said.

The "4 years of college, 40 years of work" model is dead, she says, and all workers will need to upskill within four to five years, and that implies companies with 10-15% of workers in a full-blown reskilling program, and another significant percentage of employees doing ad-hoc upskilling.

Guild has talked about a major turning point in employers adopting education as a key goal, but Ash put it a little differently as a researcher who has been studying these employer-sponsored education programs for decades. We may be approaching the conditions for an inflection point, but the proof won't be in the programs as stated on paper, but the data on participation and achievement, and importantly, the impact on competitors.

If the largest companies in the U.S. create education friendly workplaces and practices which translate into better success in hiring and retention, that could have a meaningful impact on other companies down to the level of what they offer their own workers. "But as we already know, just putting a shingle out there saying 'yes, we pay for college' doesn't pay for a large number of people doing it," Ash said. "It takes more of a commitment than just a financial commitment. It requires a real culture change."

To join the CNBC Workforce Executive Council, apply at cnbccouncils.com/wec.