Have Lucero, Will Travel

Turns out Lucero’s frontman, Ben Nichols, and I have something in common: We’re both good friends with a dude named Matt Bradley.

For most, that wouldn’t mean a whole lot. But for fans of the alt-country/Memphis-soul band, that’d be the guy immortalized in their 2003 song, “Tears Don’t Matter Much”: “Matt Bradley’s got the broken teeth/He wears a jean jacket with a bullet in the sleeve/He’s just another Southern boy who dreams of nights in NYC.”

Indeed, Bradley (who fronts my own band Diamond Lakes) is very much a real guy, and Nichols wasn’t lying: He’s got broken teeth, he did actually used to wear a jean jacket with a bullet in the sleeve (he’s since reverted to mostly wearing sleeveless metal band tanks), and he eventually found his way to New York City. He’s also an incredible artist – and, most recently, he’s who Lucero tapped to paint the cover artwork for their new album, “All A Man Should Do.” 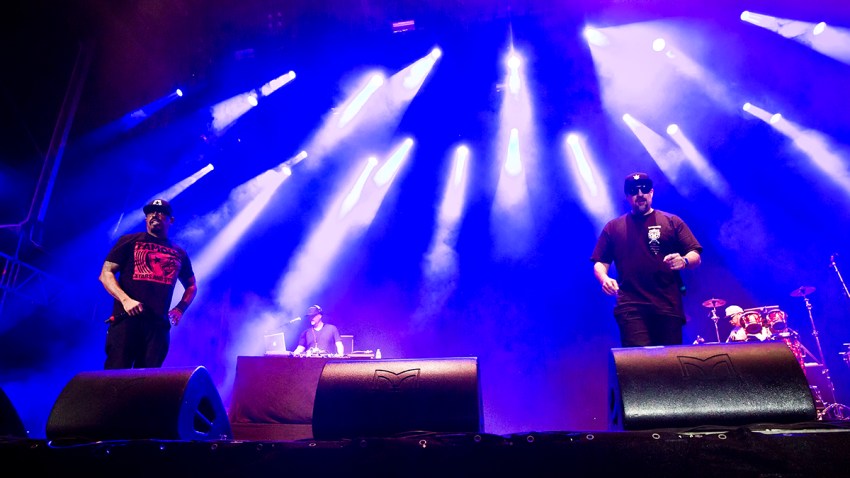 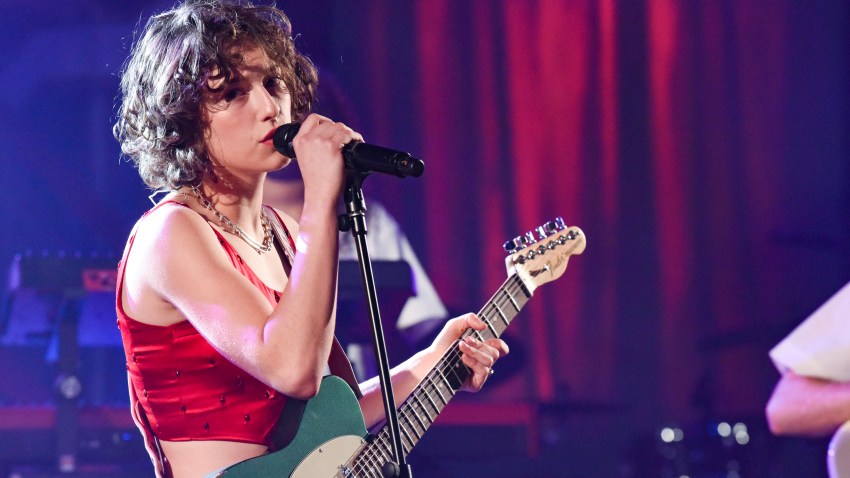 Return of the King

“It’s beautiful,” Nichols said, when I brought it up. It sure is, and better yet, it’s the perfect visual accompaniment to the lower-key album, which finds Nichols mostly playing acoustic guitar.

“For this record, it was time to go in a different direction,” the singer/guitarist told me. “Playing acoustic gave it such a different feel -- a softer starting point -- which we then built around. It came out completely like I wanted.”

For a band (comprised of Nichols, guitarist Brian Venable, bassist John C. Stubblefield, keyboardist Rick Steff and drummer Roy Berry) that has made its name from raucous live shows that incorporate Nichols’ heart-on-his-sleeve lyrics, rough-as-sandpaper voice and tunes that often inspire entire crowds to sing along, the Ardent Studio-recorded “All a Man Should Do” is quite the evolution from the band’s debut, 2000’s “The Attic Tapes.”

“We’ve gone through stages,” Nichols explained. “It started with just me and Brian [Venable], and we had no idea what we were doing back then. He had never played an instrument, period. I had never been a in a band before. We’re a little bit better at guitar now [laughs]. Not much, but a little bit. Over the years, we’ve got bigger and louder and little more complex. Musically, the songwriting has progressed a little bit. But lyrically, it’s still exactly the same. For the new record, we took everything we’ve learned so far and refined it a little bit. I like the last two records quite a bit, and I like a lot of the old stuff too – but this was the right record for me right now.”

Even though the musicianship may have evolved and pieces added to the mix over the years, the frontman is still doing exactly what he set out to do almost 20 years ago.

“I’d always wanted to be in a touring band," Nichols said. "I wasn’t sure how I was gonna get there, and I wasn’t in a giant rush. I just wanted to go on tour. When I moved to Memphis, I was looking for folks to play with, and it was rough. Musicians didn’t want to be in a band with me. People didn’t think I’d be cool to be in a band with or something. I had to find a guy that didn’t even play guitar. You had to tell Brian where to put his fingers and go, ‘Play this over and over the whole song.’ That was his part … still kinda is [laughs]. You work with what you got, but we’re still doing the same thing we’ve always done. I wanted to travel and play rock & roll.”

It seems simple. Do what you love -- and then just keep doing it, right? The raspy-voiced singer always knew they had something special, but when I tell him about the absolute devotion and obsession some of my friends have with Lucero (which seems to be pretty common among their fans), he doesn’t seem too fazed.

“Did we think we’d have that kind of following?" Nichols asked. "Not necessarily. Surprising? Yes. Were we shooting for that? Yeah. I mean, we’re lucky to have very loyal fans. And we’re still making new ones -- one by one. We’re never gonna be Coldplay, but we’re still growing.”

But what does he think inspires that?

“The lyrics are pretty straightforward,” he offered up. “They’re universal … and, you know, the music’s real nice, too.”

Lucero headline the Belly Up on Nov. 22. They will play one acoustic set, and one electric set. The show starts at 9 p.m. Tickets are $26 and are available online here.