Gonzaga will play Baylor in the finals on Monday night

The shot by Jalen Suggs — perfect!

The Gonzaga freshman banked in a shot at the buzzer from just inside the half-court logo Saturday night to lift the Zags to a 93-90 overtime win over UCLA and move them one win away from an undefeated season and a national title.

This Final Four thriller was the best game of the tournament, and, considering the stakes, it served up possibly the best finish in the history of March Madness — a banker from near midcourt to keep a perfect season alive.

“Every day in shootaround before the game we shoot half-courters,” Suggs said. “I haven’t been making my half-courters, but I got it with confidence, put it up. It’s crazy. I can’t come to words right now.”

After the shot went in, Suggs ran to the mostly empty press row, jumped up and pumped his fists a few times. The refs checked to make sure he got the shot off before the buzzer sounded. He did, and the Bulldogs moved onto Monday night's final, where they'll play Baylor for the title.

They are the first team to bring an undefeated record into the championship game since Larry Bird and Indiana State in 1979.

Even without Suggs’ shot, it would've been hard to beat this game for pure excitement.

It featured 15 ties and 19 lead changes and an 11th-seeded UCLA team that simply wouldn’t give in. Even though they lost, the Bruins snapped a streak of 27 straight double-digit wins by Mark Few’s juggernaut.

The Bruins (22-10) were the first team to lead Gonzaga in the second half over five games of tournament play and, in fact, had a chance to win at the end of regulation.

With the game tied at 81, Johnny Juzang was taking it hard to the hoop in the final seconds, when Zags forward Drew Timme, playing with four fouls, stepped into the paint, planted his feet and took a charge.

Gonzaga called time and tried a Grant Hill-to-Christian Laettner full-court pass with 1.1 seconds left to try to win in regulation. It didn’t connect. Five minutes later, Suggs may have very possibly knocked Laettner’s shot down a spot on the list of all-timers.

UCLA deserved better than this.

The Bruins went toe-to-toe all night with the top-ranked team in the country. This was their third overtime out of six games in the tournament — they played an extra one in the First Four — and they never trailed by more than seven.

Juzang had 29 points for the Bruins, including a 15-footer with 1:27 left in regulation that helped them claw back from seven down to tie it at 79.

It looked like it would be Timme’s overtime. He dipped and ducked for Gonzaga’s first six points of the extra session and an 87-83 lead that felt like breathing room in this one.

But UCLA coach Mick Cronin called a timeout and UCLA chipped away again.

Juzang’s putback with 3.3 seconds left tied it at 90. Few didn’t call timeout, and Suggs took the inbound pass and had clear sailing to the half-court line — and beyond. 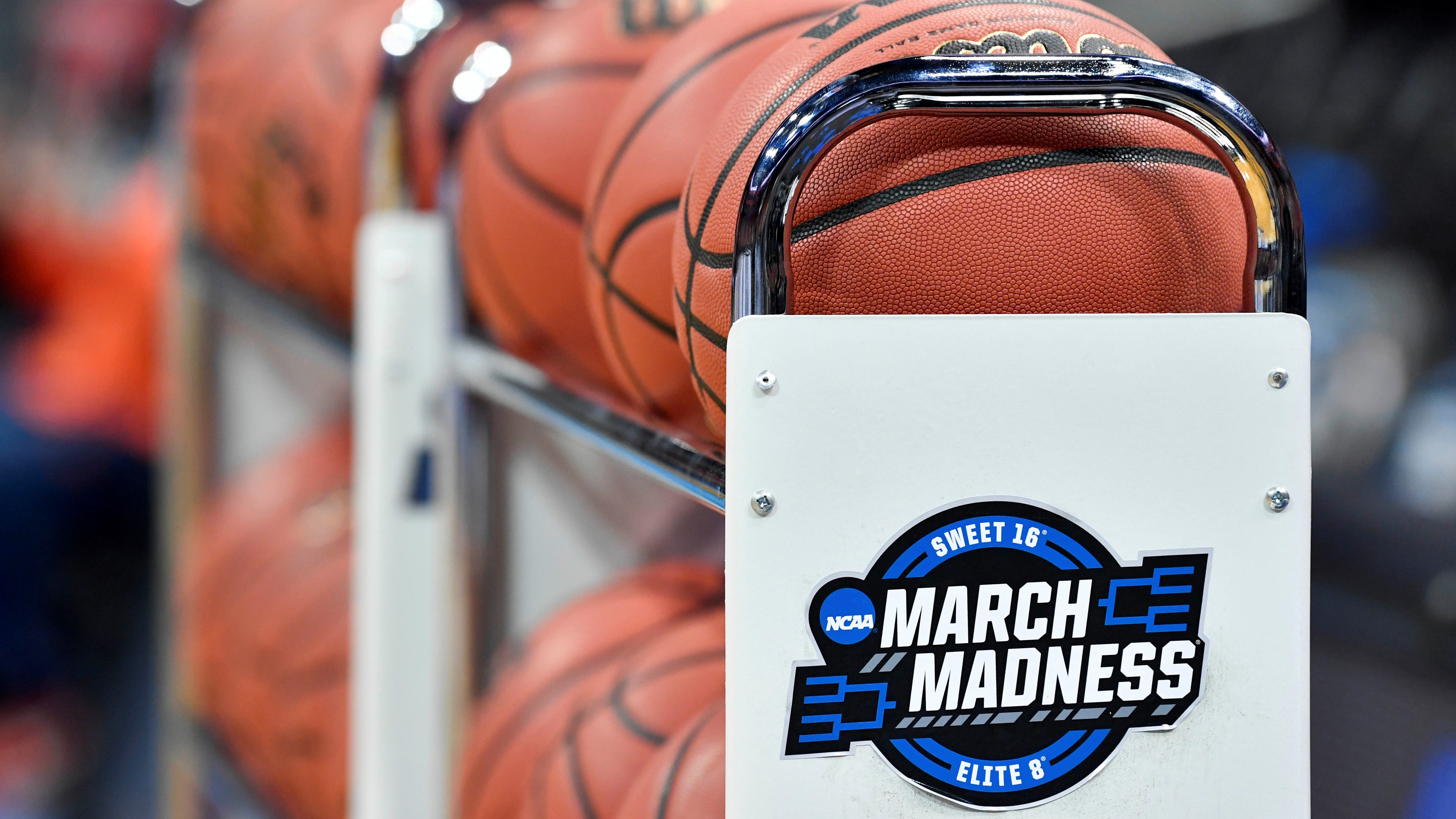 Father and Son Set to Face Off as Coaches in Final Four: ‘All Love!'