Hi, My Name Is … Nick Bonino

Hi, My Name is ... appears weekly on NHL FanHouse. We will spotlight future NHL prospects currently making a name for themselves in college hockey. Where applicable, the players' draft rights will be listed. Check back every Tuesday at 8AM ET. Please post in the comments section if you have a nomination, or if you feel the author really blew it this week.

The Hockey East tournament begins Friday with quarterfinal series. Boston University needed a weekend home-and-home sweep of Providence to clinch the league regular-season title and the tournament's top seed. A big part of that weekend, and of the Terriers' outstanding season, has been the play of sophomore forward Nick Bonino (NHL rights: Anaheim).

Just a few days after his rights were traded from San Jose to Anaheim as part of a trade deadline maneuver, Bonino continued his huge season at BU, tallying two goals and three assists in an 8-2 win over the Friars on Friday. The Terriers won 3-0 Sunday to finish the sweep and clinch the Hockey East title. 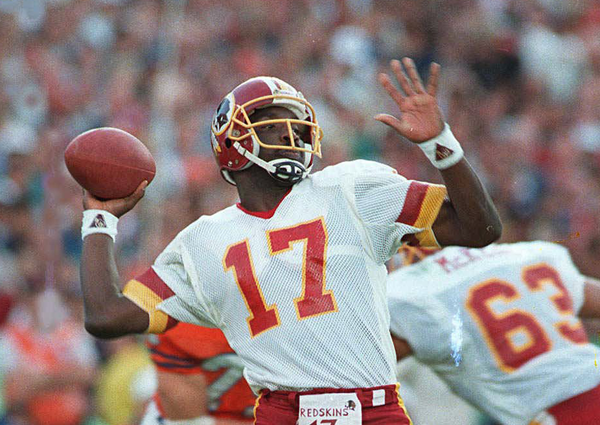 Bonino now has 15 goals and 27 assists for 42 points, good for second behind Colin Wilson (Nashville) on Boston University's team. The Terriers are 27-5-4 overall, and they finished Hockey East play at 18-5-4. They're a shoo-in for a berth in the NCAA Tournament.

Both Wilson and Bonino are big forwards who can drive the net. Bonino is also a very good playmaker, and he continues to improve his skating, which was a sore spot when he started college. It's likely that Wilson will go pro after this season, so there's a good chance Bonino will be the top returning player for BU next season, giving him a chance to really shine on the college stage.

In the meantime, Wilson and Bonino have a chance to lead Boston University back to the Frozen Four. Jack Parker is a legend among college hockey coaches, but he has had to watch rival Boston College make seven Frozen Four appearances since BU's last in 1997.

Other players to watch

Great goaltending duel Saturday night in Denver, as the Pioneers skated to a 1-1 tie with Colorado College. DU's Marc Cheverie (Florida) made 31 saves, while CC's Richard Bachman (Dallas) stopped 32. Colorado College's Chad Rau (Toronto) scored the game-tying goal with 1:37 left in regulation. Of the four meetings this season between these two rivals, three ended in ties, and the other was a one-goal win for Colorado College.

The CCHA and ECACHL playoffs began with first-round series over the weekend. The top four teams in each league had byes into the quarterfinals. In the CCHA, senior Corey Elkins (undrafted) was the star of Ohio State's sweep of Bowling Green. He scored four goals, including a hat trick Saturday. Ohio State travels to Alaska this weekend, while Western Michigan goes to Michigan, Nebraska-Omaha plays at Notre Dame, and Northern Michigan travels to Miami (Ohio).

In the ECACHL, freshman goalie Mike Clemente (undrafted) of Brown stopped all 86 shots he faced in 1-0 and 2-0 road shutouts of Harvard. Sophomore defenseman Jeff Foss (Nashville) assisted on two goals in RPI's 3-2 overtime win at Dartmouth Friday, which was followed by a 3-1 win Saturday to finish the two-game sweep. Brown will visit top-seeded Yale in the quarterfinals, while RPI travels to Cornell. Also, Quinnipiac makes the trek to St. Lawrence, and Union will battle Princeton.

Senior Brock Bradford (Boston) and freshman Cam Atkinson (Columbus) each had a goal and two assists Saturday, as Boston College beat Northeastern 4-1. NU won Friday 2-1, despite a goal from Bradford, who now has 23 goals this season.