Chargers' Nwosu Nominated for Walter Payton Man of the Year

On Thursday, Chargers linebacker Uchenna Nwosu was taken into a room with fellow linebacker Thomas Davis Sr. and shown a special video. The video contained a message from his parents, his coaches, family members and players he coaches all stating how thankful they are for him and how proud they are of the person he has become.

The video then cut to Davis, with the long time pro saying, “'Chenna, I just want to let you know brother, that you’ve been nominated as the Walter Payton Man of the Year award nominee for the Chargers.”

“It’s great,” said Nwosu to the media. “Being recognized for this prestigious award is a great honor. I want to thank everyone who nominated me. My family, my friends, the kids that I coach, and everyone I have given back to. Thank you for your love and support.”

Off the field, Nwosu participates in numerous activities like coaching a co-ed flag football team, participating in Bikes for Kids, and helping with multiple Play 60 events. For the second year in a row he has participated in the ‘My Cause My Cleats’ initiative, supporting the Children’s Diabetes Fund. He also is part of ‘Summer Night Lights,” which is an event in Los Angeles that helps leave lights on at recreation centers and parks from 7 p.m. to 11 p.m. to help kids stay away from gangs.

“Anybody that has been nominated for that award, they are definitely doing great things,” explained Davis. “Not only is he doing it on the field, but he is in the community making a difference. I am excited for 'Chenna and his family. Guys go out selflessly and do what is required not because you want to get recognition but want to have a positive impact on kids and people you are working with. I am definitely happy that 'Chenna is doing that.”

“I feel like it is very special,” explained Nwosu. “To be able to do what I do in my hometown is very rare, especially for some of the other guys nominated. For me to do it in my backyard is very special and it is making me closer to my community.”

He has a quiet personality, but he has made noise on the field. Last season in the wild card game against the Baltimore Ravens, the Chargers had a big lead that started to disappear late in the game. The Chargers punted the ball back to Lamar Jackson and he was driving to try to win his first playoff game. There was 28 seconds left when Nwosu went by the right tackle and smacked the ball out of Jackson’s hands, a ball recovered by Melvin Ingram.

Plays like that have made Chargers fans love number 42. 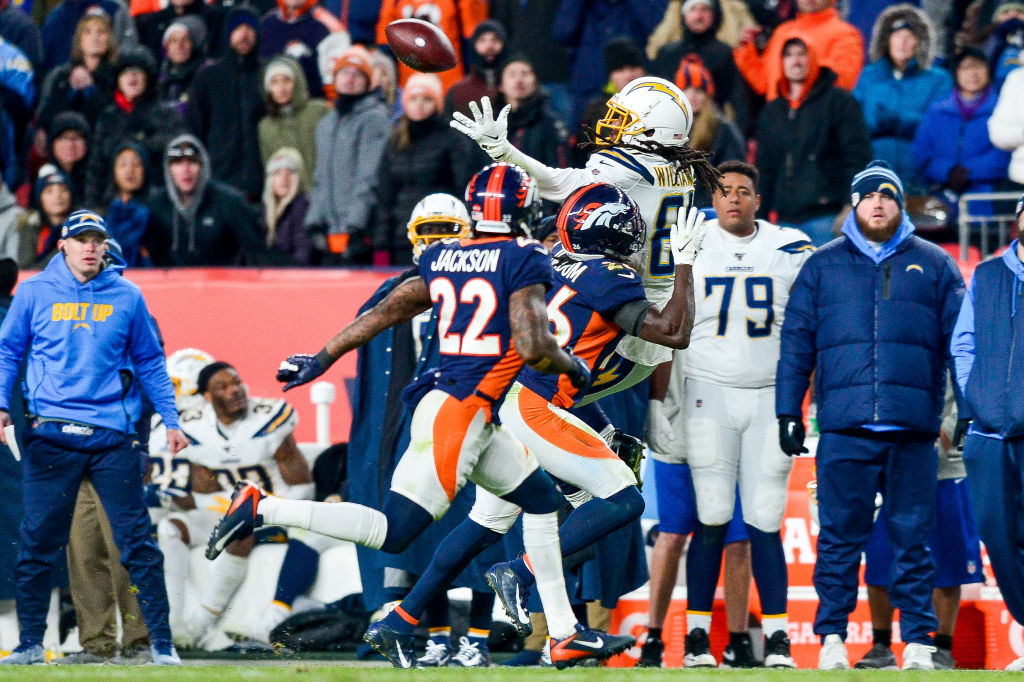