His defense is currently being handled only by the Sacramento County Public Defender’s Office, which says it is overwhelmed by the voluminous evidence in the case

A Northern California judge on Thursday approved prosecutors’ request to take more DNA samples from a man charged with being the infamous "Golden State Killer" who eluded arrest for decades.

Sacramento County Superior Court Judge Steve White also told prosecutors to informally decide who is empowered to consider defense attorneys’ offer have Joseph James DeAngelo plead guilty in exchange for avoiding the death penalty. So far, prosecutors have not wavered from their intent to seek DeAngelo’s execution if he is convicted.

The 74-year-old former police officer is suspected of at least 13 murders and more than 50 rapes across California in the 1970s and 1980s. Six counties have consolidated their cases in Sacramento County, and four of those counties are seeking the death penalty.

"Who’s in charge? Who can make decisions? We want to settle the case,” said defense attorney Alice Michel, adding later that “I don’t know who I’m supposed to talk to.”

Defense attorneys questioned in court filings whether Sacramento County District Attorney Anne Marie Schubert could alone negotiate a plea deal, of if she would have to have agreement from prosecutors in Santa Barbara, Orange and Ventura counties. He also faces lesser penalties from Tulare and Contra Costa counties.

That “is something that you probably should be entitled to know,” White said while urging the attorneys to work it out among themselves.

Gov. Gavin Newsom has a moratorium on executions while he is governor. But DeAngelo’s trial is likely several years away after what is projected to be a weeks-long preliminary hearing set to begin in May.

White allowed prosecutors, over defense objections, to take four more cheek-swab DNA samples from DeAngelo as they try to link him to old crimes.

Investigators surreptitiously collected DNA from DeAngelo more than two years ago that they say proves he is the rapist who broke into couples' suburban homes at night, binding the man and piling dishes on his back. The armed and masked rapist would threaten to kill both victims if he heard the plates fall while he raped the woman.

Collecting more DNA “is a minimally invasive procedure, unlike the crimes committed against so many of our victims,” said Cheryl Temple, a prosecutor from Ventura County who handled that portion of the hearing.

Investigators pioneered a method of building a family tree from old crime scene DNA, using a popular online DNA database to find a distant relative and eventually zero in on DeAngelo. The new process has since been used nationwide in other cases. 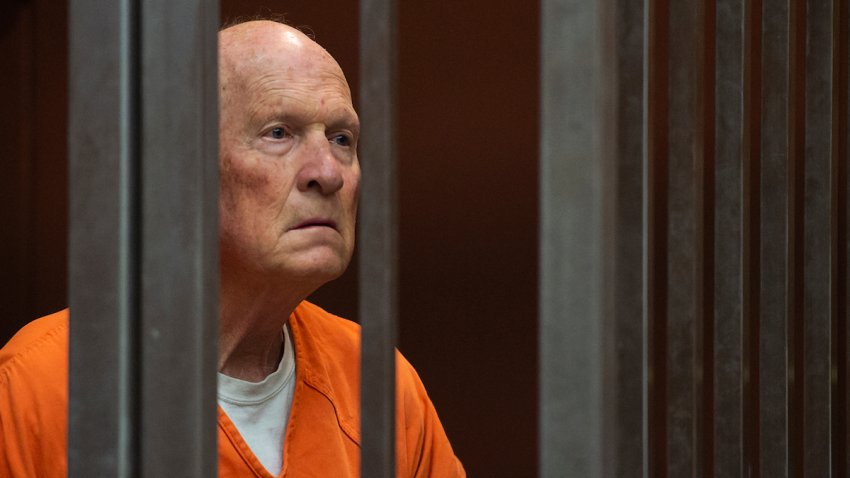 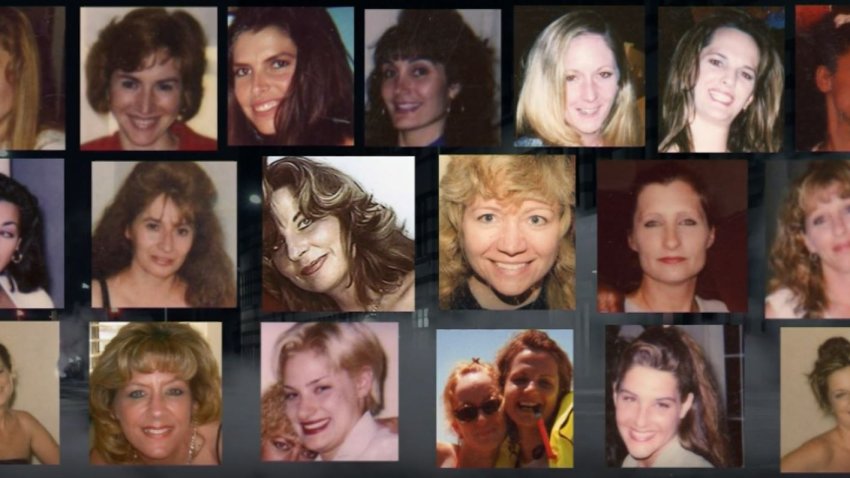 DeAngelo haltingly entered a courtroom cage supported at the elbows by two deputies. As usual, he never glanced at the crowd of spectators, looking instead in the general direction of the judge and nearly a dozen video and still cameras. He usually has stood ramrod straight during his hearings. On Thursday periodically slumped his gaunt head.

His defense is currently being handled only by the Sacramento County Public Defender’s Office, which says it is overwhelmed by the voluminous evidence in the case. It wants assistance from public defenders in the other counties.

White said what he called “an imbalance of resources” is “not right, it’s not appropriate,” though he had no immediate solution.

“It’s legitimate to coordinate these cases into one county,” White said, though defense attorneys are separately arguing that they have not been properly consolidated. “It’s another thing, though, to say one office, the public defender of Sacramento County, takes the burden of the entire defense and all its cost.”