Japan Is Vowing to Ramp up Vaccinations Ahead of Olympics. It May Be Too Late

Even if the country meets a goal of fully vaccinating all 36 million elderly by the end of July, only about 30% of the population would be inoculated

It may be too little, too late.

That's the realization sinking in as Japan scrambles to catch up on a frustratingly slow vaccination drive less than two months before the Summer Olympics, delayed by a year because of the coronavirus pandemic, are scheduled to start.

The Olympics risk becoming an incubator for “a Tokyo variant,” as 15,000 foreign athletes and tens of thousands officials, sponsors and journalists from about 200 countries descend on — and potentially mix with — a largely unvaccinated Japanese population, said Dr. Naoto Ueyama, a physician, head of the Japan Doctors Union.

With infections in Tokyo and other heavily populated areas currently at high levels and hospitals already under strain treating serious cases despite a state of emergency, experts have warned there is little slack in the system.

Even if the country succeeds in meeting its goal of fully vaccinating all 36 million elderly by the end of July — already a week into the Games — about 70% of the population would not be inoculated. And many have dismissed the target as overly optimistic anyway.

To meet it, Japan is vowing to soon start administering 1 million doses daily. It currently is only giving 500,000 per day, already a big improvement after Prime Minister Yoshihide Suga called on military doctors and nurses and started making legal exceptions to recruit other vaccinators in order to boost the drive.

“Vaccinations under the current pace are not going to help prevent infections during the Olympics,” Tokyo Medical Association Chairman Haruo Ozaki said. “The Olympics can trigger a global spread of different variants of the virus.”

The International Olympic Committee says more than 80% of athletes and staff staying in the Olympic Village on Tokyo Bay will be vaccinated — and they are expected to remain largely in a bubble at the village and venues. On Tuesday, Japan started vaccinating athletes who will go to the Games, the Japanese Olympic Committee said.

Kolohe Andino was introduced to surfing by his father, a champion surfer. Now, Andino is heading to Tokyo to compete in surfing’s Olympic debut.

But vaccination rates are not clear for others involved in the Games who are coming from abroad, including hard-hit regions, and experts warn that even strict rules won’t prevent all mingling, especially among non-athletes. Spectators from overseas have been barred.

Prominent medical journals have questioned the wisdom of pushing ahead with the Tokyo Games and the Asahi Shimbun — the country’s second-largest newspaper — has called for them to be canceled, reflecting widespread opposition to holding the Olympics now among the Japanese population.

But the government has said it's determined to push ahead, with the viability of Suga’s leadership and geopolitical competition with rival Beijing, the next Olympics host, as well as the health of millions, on the line.

Officials are now desperately trying to think of ways to increase the shots at a time when medical workers are already under pressure treating COVID-19 patients. Many say they have no extra resources to help with the Olympics, if, for instance, the boiling Japanese summer causes widespread cases of heat stroke. Some local leaders in and around Tokyo have rejected the Olympics organizers' requests to set aside beds for athletes.

Dr. Shigeru Omi, former World Health Organization regional director and a head of a government taskforce, said it is crucial to start inoculating younger people, who are seen as likely to spread the virus, as soon as possible.

More than three months into Japan’s vaccination campaign, only 2.7% of the population has been fully vaccinated. The country started its rollout with health care workers in mid-February, months behind many other countries because Japan required additional clinical testing here, a step many experts say was medically meaningless.

Inoculations for the elderly, who are more likely to suffer serious problems when infected, started in mid-April, but were slowed by initial supply shortages, cumbersome reservation procedures and a lack of medical workers to give shots.

From mountain biking to karate, Olympians lay out what they love about their sport. “I just go through the movements and that helps me express myself.”

But there are signs of improvement. The vaccine supply has increased and despite earlier expectations of a hesitant response to vaccines in general, senior citizens fearful of the virus are rushing to inoculation sites.

Since May 24, Japan has deployed 280 military doctors and nurses in Tokyo and the badly hit city of Osaka. More than 33,000 vaccination sites now operate across Japan, and more are coming, said Taro Kono, the minister in charge of vaccinations.

In Sumida, a district in downtown Tokyo where boxing events will be held, vaccinations for its 61,000 elderly residents began on May 10, and within two weeks, 31% of them had gotten their first shots, compared to the national average of 3.7%. Sumida is now looking to start inoculating younger people later this month, well ahead of schedule.

More on the Tokyo Olympics 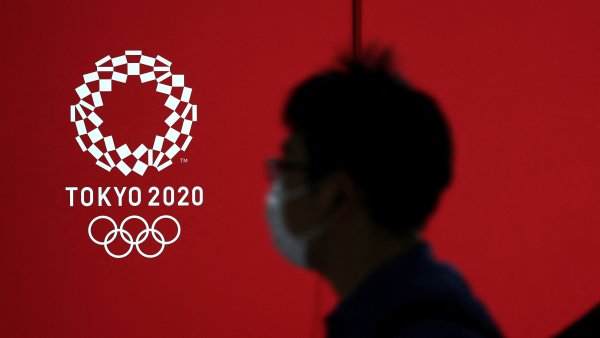 Yes. Tokyo Olympics Are ‘a Go' Despite Opposition, Pandemic 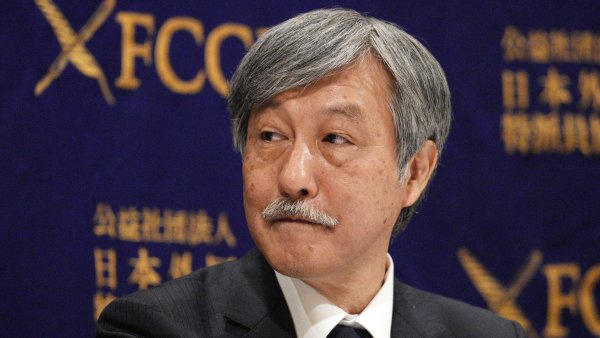 “I saw that some of my friends overseas have been vaccinated, but my turn won’t come until later this summer,” he said. “The risk-averse government took extra caution even when our primary goal was to get back to normal as soon as possible.”

Kono, the vaccine minister, said more large-scale inoculation centers are getting underway, including at hundreds of college campuses and offices to start vaccinating younger people from June 21.

Beyond the concerns about the Olympics and despite the fact that Japan has seen fewer cases and deaths compared to the United States and other advanced nations, the country's slow pace of vaccinations and its prolonged, often toothless state of emergency could also delay its economic recovery for months, said Masaya Sasaki, senior economist at the Nomura Research Institute.

And despite repeated expressions of official government confidence in the Games being safe, there are fears here of what might happen if vaccinations don't pick up.

"The Olympics, billed as a recovery Games, can trigger a new disaster,” said Ueyama, of the Japan Doctors Union.