How California Went From Success Story to Virus Hot Spot

In about five weeks, the nation’s most populous state went from success story to cautionary tale

Heading into Memorial Day weekend, California’s mood was celebratory. The state had avoided dire predictions of a coronavirus surge, hospitalizations were starting to decline and restaurants and most other businesses had reopened.

As July 4th approaches, the mood has soured. Infection rates and hospitalizations are rising fast. Most bars have been ordered closed along with inside dining at restaurants. Many beaches are off-limits or have restrictions to limit crowds. Fireworks shows are canceled and Gov. Gavin Newsom is imploring residents to avoid the holiday tradition of backyard barbecues and other gatherings of relatives and friends.

In about five weeks, the nation’s most populous state went from success story to cautionary tale. Health experts say no single thing went wrong, but contributing factors included a populace made complacent by a long stretch of positive trends, the rapid reopening of businesses, a confusing patchwork of local rules and enforcement, and Newsom’s late adoption of a mandatory mask rule, on June 18.

“On Memorial Day, why did we just unleash the floodgates without a statewide mask order in place? I wish I had an answer to that, and it’s alarming to us,” said Stephanie Roberson, government relations director for the California Nurses Association. 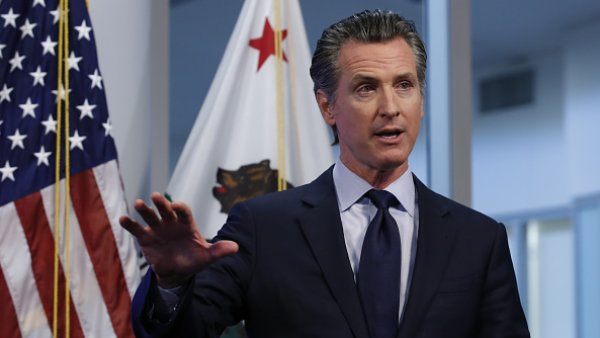 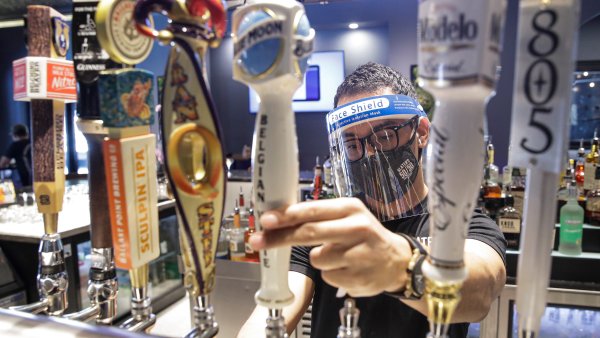 Just before that holiday, about 3,000 people were in the hospital due to the virus; now it’s more than 5,000. Far more people are being tested and in the last two weeks that has helped fuel a nearly 50% jump in confirmed cases to 230,000. But the infection rate also has risen sharply from just over 4% of those tested around Memorial Day to 6% now.

A data-driven governor, Newsom earned plaudits for issuing the nation’s first statewide stay-at-home order in mid-March and rapidly moving to shore up the statewide heath care system. The first-term Democrat has been loathe to admit any mistakes during the pandemic, saying all of his decisions were based on the best information available at the time, always in consultation with public health officials.

“It’s easy to criticize but the response in the state, with exception to a few counties, has been thoughtful, responsible, evidence-based, and where it’s been confusing it’s because it’s confusing,” said Dr. Bob Wachter, chair of the Department of Medicine at the University of California-San Francisco.

Signs of trouble began to emerge last week. Newsom resumed the near-daily press conferences he’d abandoned and pleaded with Californians to wear face masks. On Sunday he pulled back on his mid-June decision to reopen all bars because health experts say they are particularly prone for virus spread. On Wednesday, he broadened his order and shuttered more bars, wineries, indoor restaurant dining, movie theaters and other indoor entertainment venues for at least three weeks. He also said there should be no more singing at religious services.

“We’re in a very precarious situation,” said Anne Rimoin, a professor of epidemiology at the University of California-Los Angeles’s Fielding School of Public Health.

She noted that May produced a rapid reopening leading into Memorial Day weekend and then Father’s Day. Many people gathered as they have in the past.

“All of these things together gave ample opportunity for this virus to spread, and I think that this just really demonstrates how quickly we can lose all of the gains that we made,” Rimoin said.

Newsom and local health officials now are trying to get the public to again understand the gravity of the situation and the personal responsibility needed to reverse the trend.

“I think we’re going to have to go into another major lockdown,” he said.

When Newsom issued the stay-at-home order on March 19, the public largely listened and the state fared far better than places such as New York City and New Jersey. Even President Donald Trump, a frequent critic of California, heralded Newsom.

But the one-size-fits-all approach started to face resistance in a massive state with nearly 40 million residents and the world’s fifth-largest economy. By early May, after rolling out a methodical reopening process and under pressure from rural counties with few infections, Newsom began ceding more control to counties to determine which businesses and activities could resume.

“Bottom line is: People can go at their own pace, and we are empowering our local health directors and county officials that understand their local communities and conditions,” Newsom said May 18. “We’re going to start seeing a lot more activity, let’s just make sure we do it thoughtfully and very, very strategically.”

But the shift toward local control created a patchwork of rules. Rachel Michelin, president of the California Retailers Association, said her organization that represents grocery chains, big box stores and others, had long requested more consistency. On masks, she pointed to an Orange County shopping complex with stores in two separate cities with different rules on masks, which made it hard for store workers to deal with an annoyed public.

“Literally you would go from Macy’s furniture store which is in Irvine, which is where you would have to have your mask on, to Best Buy across the street and you wouldn’t,” she said. “Our perspective has always been its easier to have one statewide ordinance or mandate that we all follow that we can all enforce.”

Wachter, of the University California-San Francisco, said a monolithic set of rules wouldn’t have been workable in a state as sprawling as California. But he’s been surprised at how quickly California’s fortunes turned, when cases started to climb in mid-June. That was right around the time when bars, gyms and other high-risk businesses were cleared to open in most counties, and about two weeks after Memorial Day and widespread protests against police violence.

Californians may have adopted a false sense of security when the state didn’t experience the horror facing New York City, he said. More than 30,000 people have died in New York; in California, about 6,000.

Going into the weekend, Newsom said the state will create strike teams to enforce the mask order at businesses. As cases surge, that’s one of the most important things the state can do, Rimoin said.

“The mask order of course should have been in place earlier but you also have to be willing to enforce the mask order,” she said.