There is almost no physical evidence connecting New York real estate heir Robert Durst to the slaying of his best friend in Los Angeles 20 years ago.

What does link him to the killing of Susan Berman, though, is a cryptic note sent to police with her address and one word: “CADAVER.”

The slip of paper intended to lead authorities to her lifeless body in December 2000 was penned by Durst. His lawyers have admitted as much. Durst himself has said more than once that only the killer or someone involved in the shooting could have written it.

Prosecutors intend to use the note and a web of circumstantial evidence to put Durst behind bars for three killings he’s suspected of committing over nearly four decades. They will be up against a legal team that won Durst’s acquittal in one of those deaths.

Fearing the worst, prosecutors in the 35-year-old case are having several key witnesses testify before Robert Durst's trial begins. John Cadiz Klemack reports for the NBC4 News on Tuesday, February 14, 2017.

“Our defense is, one, he didn’t do it, and, two, they can’t prove beyond a reasonable doubt that he did it,” defense lawyer David Chesnoff said. “It is a highly circumstantial case and we will have strong responses to explain the circumstances.”

Jury selection begins Wednesday in a case built around a story so sensational it inspired a feature film starring Ryan Gosling as Durst and a six-part documentary on his life that helped lead to his arrest.

Durst, 76, the eccentric son of a late prominent New York real estate developer, has pleaded not guilty. Said to be worth $100 million, and having jumped bail before, Durst has been awaiting trial in a California jail.

Suspicion has dogged Durst since his wife vanished in a New York suburb in 1982, a mystery that brought not only attention from the city's tabloids, but The New York Times. Berman was Durst’s unofficial spokeswoman at the time and prosecutors said she helped him cover his tracks. No has ever been charged in the wife's disappearance and presumed killing.

In the interrogation, Robert Durst admits to being high on meth during some of the filming of the interviews seen on “The Jinx.” He also denies and then skirts around whether he killed Susan Berman. Carolyn Johnson reports for the NBC4 News on Monday, Dec.19, 2016.

Durst was back in the news following his arrest in October 2001 on charges he murdered his elderly neighbor in a $300-a-month rooming house Galveston, Texas. Prosecutors say he fled New York and disguised himself as a mute woman to elude possible arrest in his wife’s suspected killing.

While Durst is only charged with one count of murder in Berman’s killing, prosecutors plan to show he knocked her off Dec. 23, 2000, to keep her from telling police what she knew about the disappearance of Kathleen “Kathie” Durst.

They will introduce evidence that he killed and dismembered Morris Black in Galveston because the elderly neighbor had discovered his true identity and Durst feared he would inform police of his whereabouts.

“Kathie's death was the impetus for all of the tragic events that happened afterward,'' prosecutors said in court papers. They said Durst "devised and carried out a diabolical plan to cover up the killing of his wife which ultimately cost two other people their lives.''

The investigation into real estate millionaire, Robert Durst is going national. Kim Baldonado reports for the NBC4 News at 5 p.m. on Thursday, March 19, 2015.

Kathleen Durst’s body was never found, though she’s officially been declared dead. Black’s dismembered remains were cast out to sea in garbage bags by Durst, who was cleared in the killing after testifying he shot the man in self-defense. Berman, 55, the daughter of a Las Vegas mobster, was found face down in her Los Angeles home in a pool of blood. She had been shot point-blank in the back of the head.

Durst’s arrest in Berman’s killing came five years ago in New Orleans on the eve of the final installment of "The Jinx: The Life and Deaths of Robert Durst" documentary on HBO. The finale contained a made-for-TV gotcha when filmmakers confronted Durst with a letter they unearthed that he had once written to Berman that contained nearly identical block-letter writing as the so-called cadaver note. Beverly Hills was misspelled the same way in both: “BEVERLEY.”

Durst had denied penning the cadaver note, which he acknowledged “only the killer could have written,” but couldn't distinguish between the two.

He blinked, burped and put his head in his hands before denying being the killer. After the interview, he went to use a toilet unaware he was still wearing a microphone. Filmmakers didn’t realize until two years later as they were editing the film that they captured audio of him in the bathroom.

The film ends with Durst's voice: "You're caught! What the hell did I do? Killed them all, of course."

But what sounds like a confession was actually a result of editing. Durst said all three of those sentences, but not in that order and interspersed with seemingly unintelligible or unrelated remarks, according to court records. Placed in their proper context, as jurors are likely to hear, will make them less of the bombshell that struck viewers.

Defense lawyers have said the filmmakers deceived Durst and were acting as government agents, providing evidence they unearthed to police.

Prosecutors also will be relying on former friends of both Durst and Berman, who have provided damaging accounts in pretrial testimony of Durst's alleged abuse of his wife. Some have said Berman confided in them that Durst had killed Kathleen. Berman said that if anything happened to her, they should suspec t Durst. 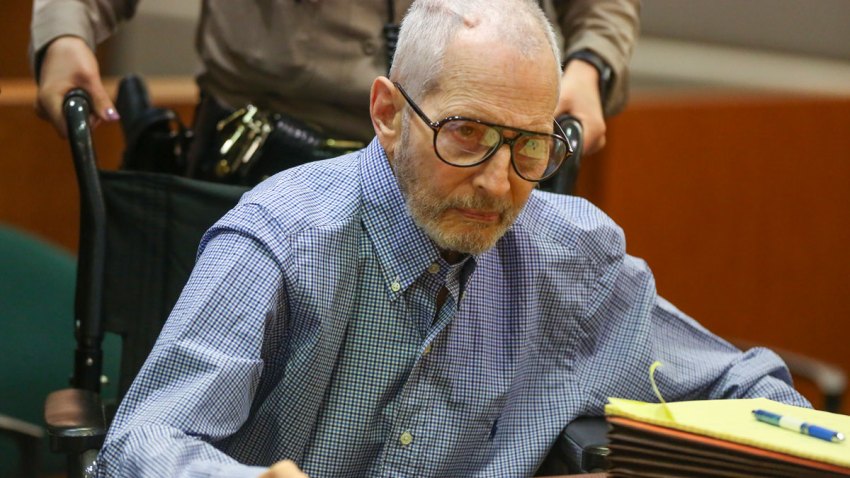 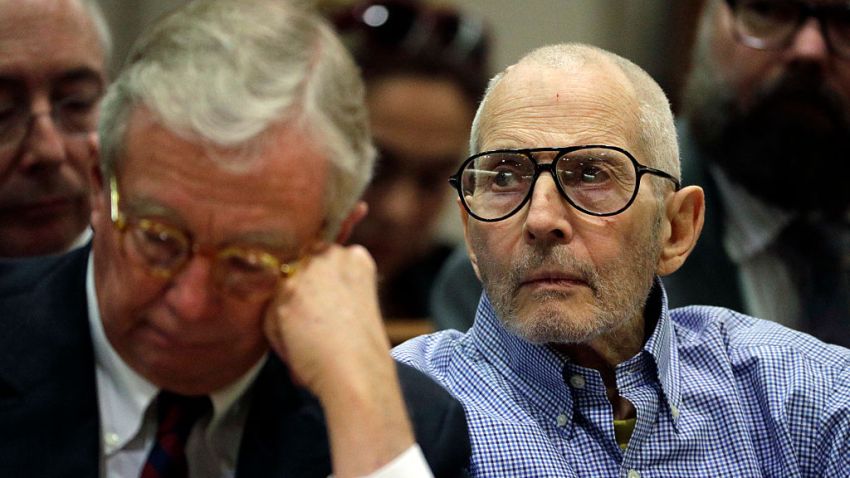 His lawyers are likely to focus on why some of those accounts were not shared with police and only surfaced recently after years of silence.

A star witness for the prosecution, New York ad executive Nathan “Nick” Chavin, who was best friends with both Durst and Berman, acknowledged that he lied to and misled prosecutors for months before coming clean about what he knew of the killing.

Chavin testified that in 2014 Durst confessed to Berman's killing on a New York sidewalk.

Chavin, who became emotional during the pretrial testimony because of his deep friendship with Durst, said his loyalties were torn and ultimately he sided with Berman.