The man who prompted a 2015 shootout with police in Bankers Hill that brought air traffic to a halt and spurred an hours-long standoff was sentenced Friday.

Titus Nathan Colbert, 34, a documented gang member from San Diego’s Skyline area who had most recently been living in Las Vegas, reached a deal with prosecutors and pleaded guilty to four counts of assault with a firearm on a peace officer in late April for the November 2015 incident. 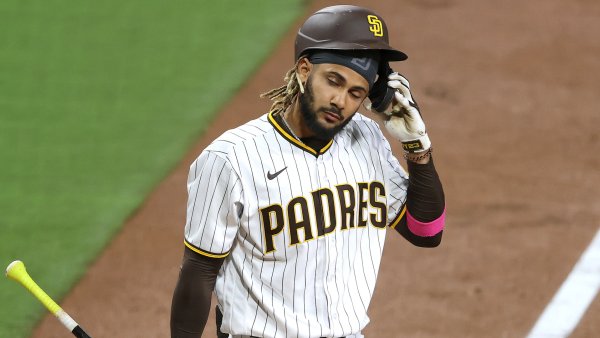 "If Mr. Colbert were to finish trial and if jury would have convicted on all charges, including maximum charges, it's true he'd be looking at multiple life terms," Deputy District Attorney Michael Runyon said.

On Wednesday, Nov. 4, 2015, officers with the San Diego Police Department (SDPD) were called to 2445 Brant Street in the Bankers Hill community to investigate a report of domestic violence involving Colbert.

That disturbance call escalated into a SWAT standoff between law enforcement and Colbert, who was armed with a long-range assault rifle. Holed up inside an apartment unit, Colbert began spraying bullets, narrowly missing SDPD officers.

Throughout the standoff, Colbert also allegedly fired random shots into the approach path used by pilots landing aircrafts at San Diego’s Lindbergh Field, which is less than two miles from Brant Street.

The threat to public safety was so great that police shut down traffic in the area, blocking off multiple streets, and ordered residents to shelter in place. At the same time, the Federal Aviation Administration (FAA) issued a ground stop for arrivals into Lindbergh Field, which ultimately caused 140 flights to be impacted or delayed.

At around 2:40 p.m., more than five hours into the dangerous standoff, Colbert was taken into police custody. Although the community was badly shaken, no one was hurt in the ordeal.

Colbert thanked the judge Friday, "I apologize for my actions and thank you for treating me so well."

The judge wished him well.

Friday's sentencing was a stark contrast from behavior Colbert showed in previous court proceedings. During a preliminary hearing, a visibly frustrated Colbert spoke up out of turn.

"You're lying," he yelled at his ex-girlfriend as she testified. The judge gave him a warning, telling him to write it down instead.

It was not the first outburst for Colbert. The suspect has been held in jail without bail since his arraignment, based on his bizarre behavior and attitude at his arraignment, where he interrupted court proceedings by yelling at the judge that he stands for a "new world order."

Colbert underwent two mental evaluations over a period of several months and was found to be competent to stand trial.

Colbert is no stranger to the criminal justice system. Court documents obtained by NBC 7 Investigates show he is a documented gang member with an extensive criminal history dating back to his teenage years. His record includes arrests in San Diego, as well as arrests in San Bernardino, Calif., and Arizona.

Most recently, Colbert was charged with five felonies, including selling the party drug Ecstasy to an undercover officer in a drug deal outside a Black Angus restaurant on Friars Road. Colbert was also implicated in another drug deal at the drive-thru of an In-N-Out restaurant in Mission Valley.

In 2012, Colbert pleaded guilty to selling narcotics and served one year behind bars.

An NBC 7 source in the legal community says Colbert is the brother of convicted killer Tecumseh Colbert, a man currently on death row for two 2004 murders.