San Diego Fire-Rescue crews battled a house fire Wednesday in Skyline that spread from a shed in the backyard to the home.

The fire was reported at a one-story home on Tuther Way just before 1 p.m. and was still active more than an hour later with firefighters attempting to break holes in the home's roof to help ventilate.

SDFD said the wind-aided fire started in a shed in the backyard where a man was living. It then spread throughout the backyard and reached the home, and also scorched a hillside on the backside of the property. 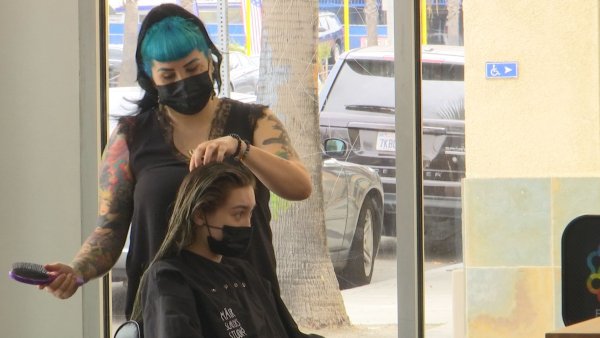 Business Owner: ‘You Need to Come Back to Work.'

Firefighters said it was a hoarding property and debris filled the inside of the home and the backyard.

No injuries were reported. SDFD said the fire caused around $350,000 in damages. The homeowner told SDFD that no one lived inside the home.

The neighborhood is located south of Imperial Avenue and east of 69th Street.