The sailor charged with starting a fire that destroyed USS Bonhomme Richard last year was assigned to the ship after dropping out of training to become a Navy SEAL, and he was described by some fellow sailors as a person who had disdain for the Navy, according to investigators.

Details of 20-year-old Ryan Mays and the early investigation into the worst U.S. warship fire in recent memory were revealed in a search warrant unsealed Tuesday in U.S. District Court in San Diego.

The Navy confirmed that Mays was the sailor charged Thursday with aggravated arson and the willful hazarding of a vessel.

His lawyer, Gary Barthel, said he had not seen the search warrant yet and could not comment on what it said until he had the chance to review it.

“Ryan has maintained his innocence throughout this entire investigation," he said.

The fire started July 12, 2020, in the lower storage area, which Mays' duty station had access to, according to the court document. 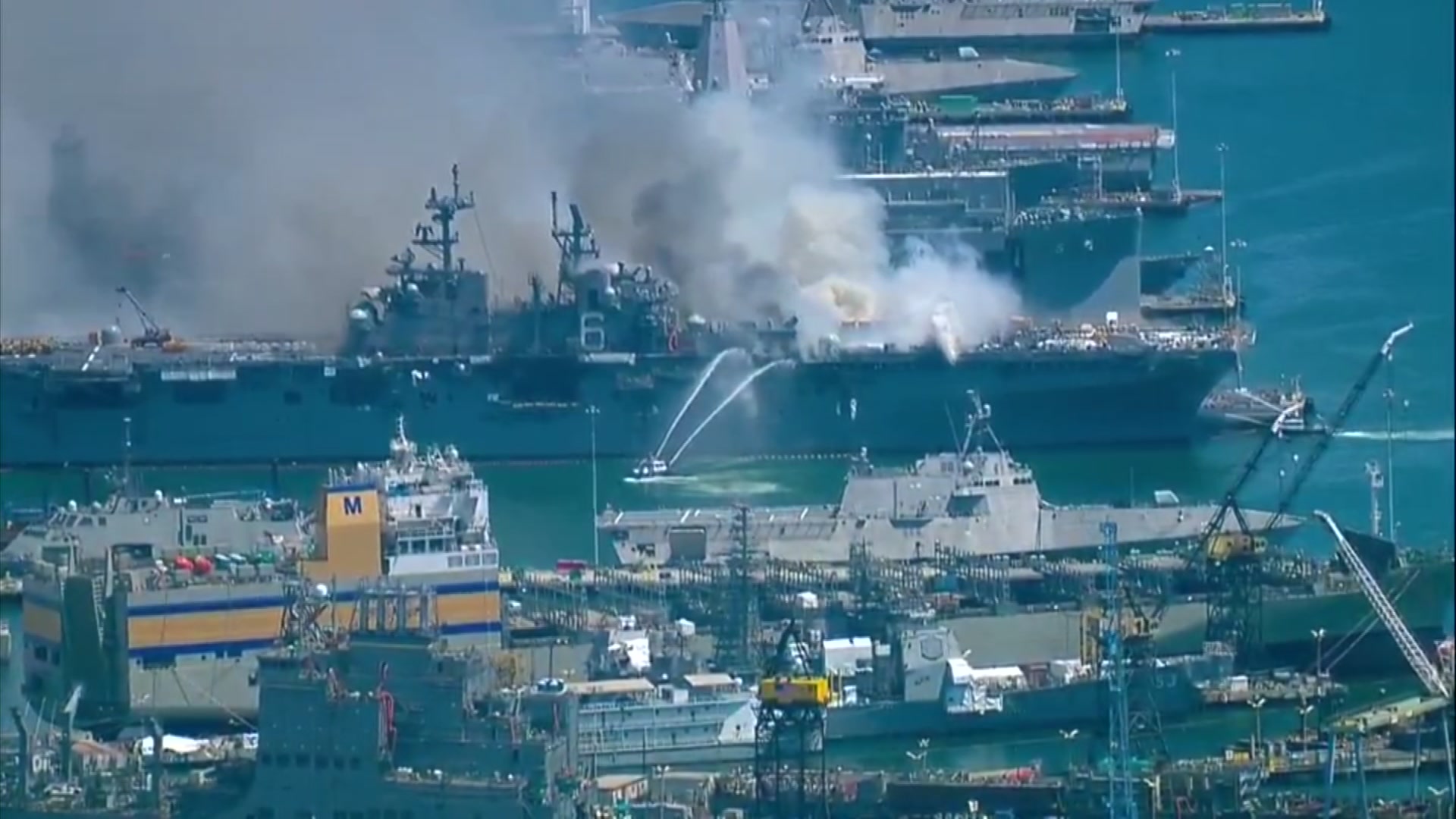 About 160 sailors and officers were on board when the flames sent up a huge plume of dark smoke from the 840-foot (256-meter) vessel, which had been docked at Naval Base San Diego while undergoing a two-year $250 million upgrade.

The amphibious assault ship burned for more than four days. Left with extensive structural, electrical and mechanical damage, the ship was later scrapped. Estimates to replace it ran up to $4 billion.

Officials investigating the ship's damage found three of four fire stations on the ship had evidence of tampering: Fire hoses were disconnected and one was cut.

They also found uncapped bottles containing small amounts of highly flammable liquid near the ignition site, including one that tested positive for a heavy petroleum distillate such as diesel, kerosene or jet fuel, according to the court document.

A day after the bottles were tagged as part of the crime scene, one went missing from the scene. DNA tests were done on tape discarded from the missing bottle, but Mays' DNA was not found on it, according to the court document.

Some sailors on board told investigators they believe they saw Mays go down to the ship's lower vehicle storage area where the fire originated shortly before the blaze erupted.

When told by investigators that he was seen going down there before the fire started, Mays responded that he was being set up, according to the court document.

Mays reported he was in the hangar bay when he became aware of the fire. He described how he assisted firefighters, alerting at least one crew member of the threat of the fire, and eventually helped fight the fire, according to the court document.

He denied starting the fire, according to the document.

Mays joined the Navy in 2019 and started the grueling training to become a Navy SEAL in October of that same year. But dropped out five days after starting it in Coronado. He was reassigned as a seaman and put on the crew of the ship.

Mays was arrested after a 10-hour interview with investigators.