The suspect, described as a heavy-set man in his 50s, has not yet been located.

A man was struck in the head with a hammer in a road rage argument in the Point Loma Heights neighborhood of San Diego on Sunday, according to police.

The suspect in a silver 2002 Toyota Forerunner cut off a driver at W. Point Loma and Famosa boulevards just before 6 p.m. on Sunday, which prompted both drivers to pull over and begin arguing, the San Diego Police Department said.

The suspect pulled out a hammer, at which point, a passenger got out of the vehicle to confront the armed suspect. The man struck the passenger with the hammer, which left him with a one-inch gash in the head, SDPD said.

Meanwhile, the driver of the second vehicle pulled out a crowbar. He struck the silver truck's windshield as he drove away from the scene, police said. 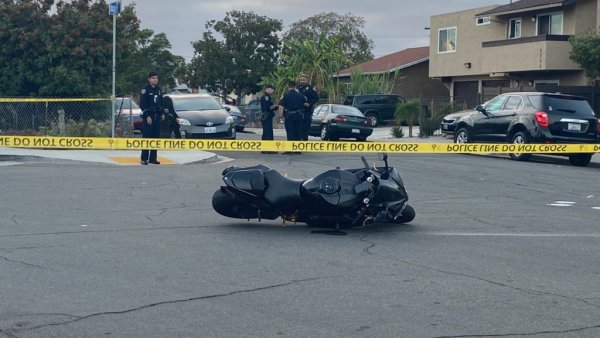 The suspect, described as a heavy-set man in his 50s, has not yet been located. He was wearing a flannel shirt and tan shorts at the time of the incident, SDPD said.

The driver and passenger were not facing charges as of Monday morning, SDPD said.